Maryland To Face Stanford In The Sweet 16 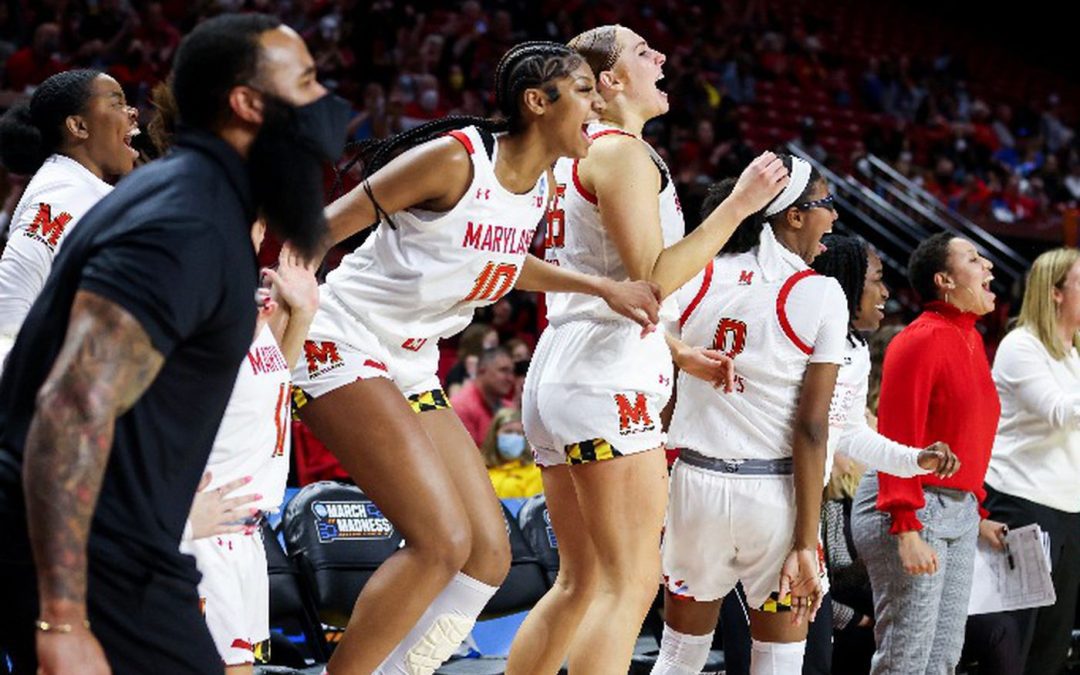 The Maryland women’s basketball team waited and waited Sunday for the promised onslaught of three-pointers from Florida Gulf Coast, the nation’s most three-happy squad.

True to form, the Eagles kept firing threes, but they didn’t fall. Meanwhile, the Terps used their superior size to club Florida Gulf Coast inside and harangued them defensively on the perimeter.

The result: A convincing 89-64 win in the second round of the NCAA tournament that propels Maryland into the Spokane regional semifinal next weekend.

The Terps (25-8), who under coach Brenda Frese, have earned a reputation as a program that emphasizes scoring, played perhaps their best defensive game of the season, given FGCU’s prowess at shooting the three.

“We adjusted some things away from what we normally do defensively,” said Frese. “We went back to Maryland basketball, and we made the adjustment that we were kind of more comfortable with. I thought it got us playing harder, more aggressive. You started seeing where the confidence grew on the defensive end.”

With junior perimeter player Diamond Miller and sophomore forward Angel Reese at the helm of the defense, Maryland used superior height and length to harass the undersized Eagles along the perimeter.

“We realized we weren’t talking and we were just kind of playing off each other, but you need to communicate on defense, and I think we did that,” said Miller, who also had a game-high 24 points. “Communicating, pointing at each other so everybody knew what was going on and we understood their offense and their game plan and we executed our defense.

Forward Kierstan Bell, the two-time Atlantic Sun Player of the Year, had 14 points on 6-for-20 shooting, including a 2-for-13 performance from three-point range. She consistently drew attention from Miller and Reese, whose long arms and quickness bottled Bell up.

“I was very frustrated,” said Bell. “Things weren’t going our way. But I was just trying to stay together with my teammates. They were encouraging me throughout the half. But this isn’t what we wanted,”

On offense, the Terps broke open a first quarter tie with crisp ball movement in the second quarter, closing the half on a 9-0 burst to take a 47-39 halftime lead.

“I think this (was) a really fast-paced game,” said Reese (St. Frances). “Some of us are tired. I think us getting back up and down the court and getting this win, I think it’s good for us, especially for me. But I think that we just slowed them down a lot in the second half.

The run continued into the third quarter, where Maryland extended their lead to 21 with just under four minutes to go in the period.

Reese had 21, hitting 11-of-14 free throws. Guard Ashley Owusu posted 20 points in her best game since hurting her ankle late in the season.

The Terps will make their 19th trip to the Sweet Sixteen in program history and the 10th journey for Frese while at College Park.