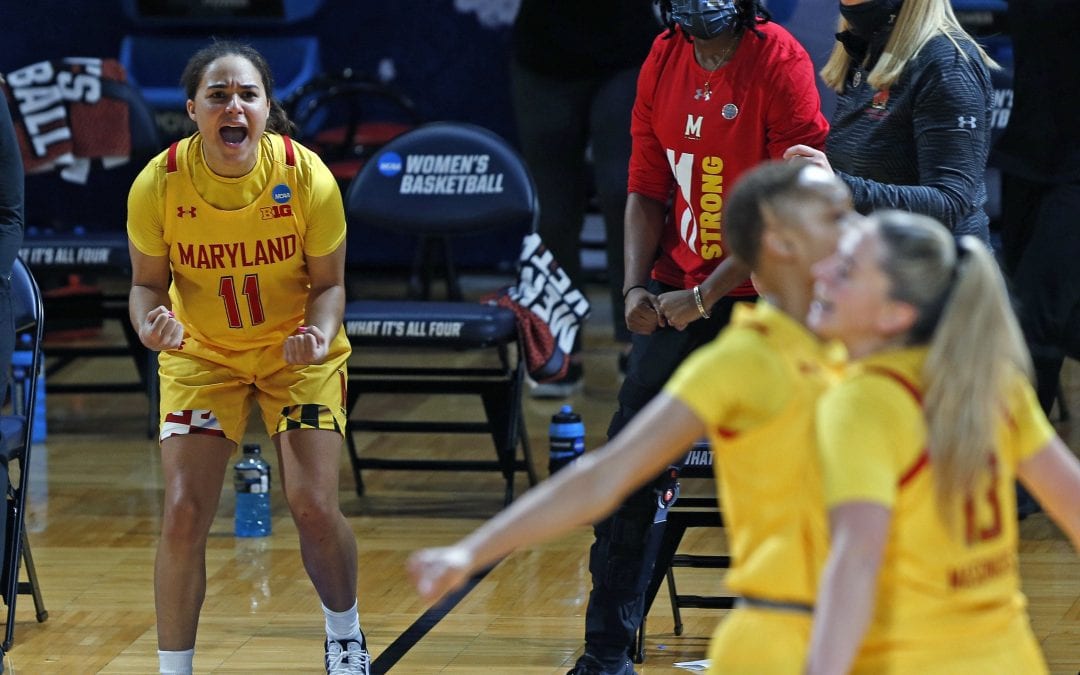 On a warm late March night 32 years ago, the Maryland women’s basketball program took a big step towards forging an identity on the national stage by beating Texas on their home court in the NCAA tournament.

The scenario is nearly identical to the one the current edition of Terps find themselves in heading into Sunday’s Hemisfair Regional semifinal against the Longhorns in Texas.

Maryland (26-2) will be in San Antonio Sunday, not in Austin, as they were back in 1989. And this meeting will only get them a step closer to a Final Four berth, unlike a generation ago, when their 79-71 victory propelled them to the third national semifinal in school history.

But, now, as then, the Terps will be looking to grab a measure of national notice and respect by beating the Longhorns (20-9) in what will, in effect, be a road game, given that San Antonio is a 90 minute drive from the Texas campus.

Maryland, which drubbed Mount St. Mary’s and Alabama in their tournament openers, is averaging a tournament-high 99 points, but is likely to face its biggest defensive challenge to date in Texas, which gives up just 62.7 points per contest.

The sixth-seeded Longhorns are anchored in the middle by junior center Charli Collier. The 6’5 junior averages nearly 12 rebounds a game to go along with 20 points. Collier, who has declared herself eligible for the WNBA draft, is expected to be the first player chosen next month. Her length and size may cause headaches for the Terps, who traditionally have had difficulty with classic low-post players during coach Brenda Frese’s tenure.

Meanwhile, Texas, which knocked off third-seed UCLA in the second round, has picked up the pace from the outside, shooting 39 percent from three-point range in the last six games, including hitting 13 in an overtime win over Iowa State in the Big 12 tournament.

However, Collier has fouled out of seven games this season, an indication of being overaggressive. And Texas has at least 10 turnovers in 10 of their last 11 games, which may play right into Frese’s formula to force miscues and get transition baskets.