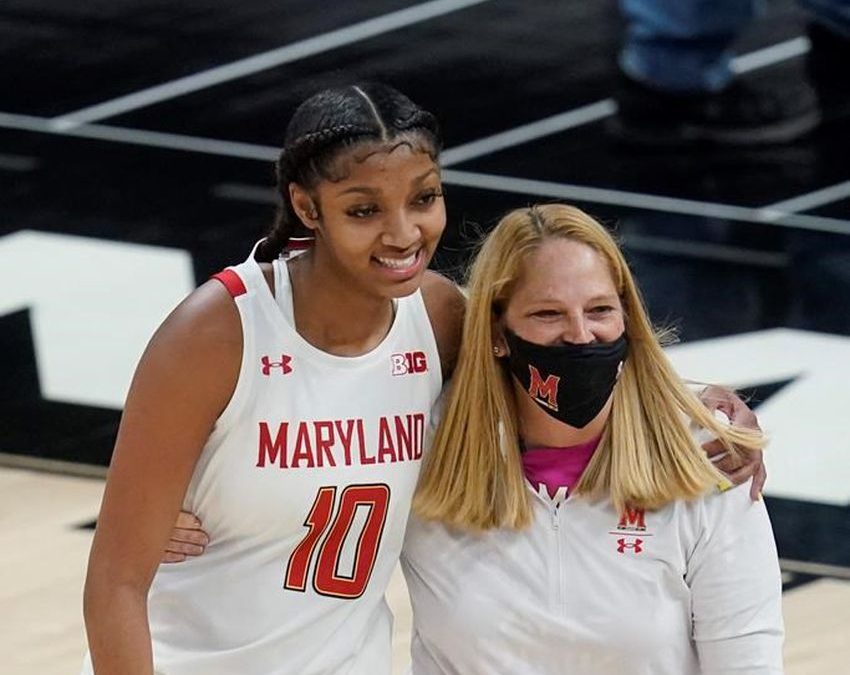 The twin departures of Reese (St. Frances), a third-team All American in the just completed season, and Owusu, one of the nation’s best point guards, leaves Maryland, picked in some circles as a top five team next season, devastated.

The loss of the top two scorers from the 2021-22 roster, also opens calls into question about why Frese has had trouble keeping premier talent for the full four years, as a steady stream of players have departed her program.

In a statement to the Washington Post, Frese said “We wish these student-athletes all the best as they continue their basketball careers and education elsewhere. Every team has been impacted by the transfer portal on both ends of it. Maryland basketball is bigger than any one lineup or person. Our staff is committed to bringing the best student-athletes to Maryland.”

Two other players, freshman reserve guard Taisiya Kozlova and graduate guard Chennise Lewis, who has missed most of the past three seasons with knee injuries, also announced they’d be leaving Maryland as well.

But the announcements from Owusu, who announced her intention to leave via Instagram earlier in the day, and Reese, whose departure was confirmed by a team spokesperson later in the evening, represented a pair of gut-punches coming just after the conclusion of one of the most difficult seasons in Frese’s 20 years in College Park.

The Terps, who lost to Stanford in the Spokane Regional semifinal, slogged through an injury- and illness-riddled campaign which began with a top five ranking but result in a fourth-place finish in the Big Ten, their lowest placement since joining the league in 2014.

The 6-foot-3 Reese, who became the first Maryland player in 47 years to average a double-double for the season, emerged as the team’s No.1 offensive option and one of its best defenders. She missed most of her freshman year, but appeared on her way to joining fellow sophomores Iowa guard Caitlin Clark and Connecticut’s Paige Bueckers at the top of the national list of players to watch in 2023.

Reese said after the Stanford loss that she would be working over the summer to improve her jumper, a sign that she is looking to improve her game on the college level with a look toward a potential WNBA career.

Meanwhile, Owusu, a 6-foot junior, saw her numbers drop from her freshman and sophomore years. She missed some time down the stretch with an ankle injury, and, tellingly, was not on the floor for most of the fourth quarter of the loss to Stanford, after scoring 30 points on the Cardinal in an early loss.

In her Instagram post, Owusu hinted that “unfortunately, events that have transpired on and off the court this year” led her to enter the transfer portal. Owusu didn’t elaborate on what the events were and asked for privacy.

The Tuesday departures are the latest in a string of Terp players who transferred before their eligibility was completed. In 2015, guard Lexie Brown left after two seasons for Duke. Two years later, guard Destiny Slocum, who was the Big Ten Freshman of the Year, split after her freshman year for Oregon State.

Guard Taylor Mikesell, one of the nation’s top shooters and, like Slocum, a Big Ten Freshman of the Year, split after her sophomore year for Oregon. The Terps also saw forward Shakira Austin leave that season for Mississippi, along with center Olivia Owens, who left for Kentucky,

Both Slocum and Mikesell left their respective programs for new landing spots, at Arkansas and Ohio State, perhaps, lending credence to the notion among some Maryland fans that the problem is with the players, not with Frese.

Still, even with the allowance that relaxed transfer rules have plagued schools all over the country, the flow of players out of College Park has to be alarming to Frese, who will now start the 2022-23 season needing to replace four players from her starting lineup, rather than two.

And Reese’s departure has led some to wonder whether her younger brother, Julian, who had an impressive freshman season, may look for another school, as new Head Coach Kevin Willard attempts to build his first Maryland squad.