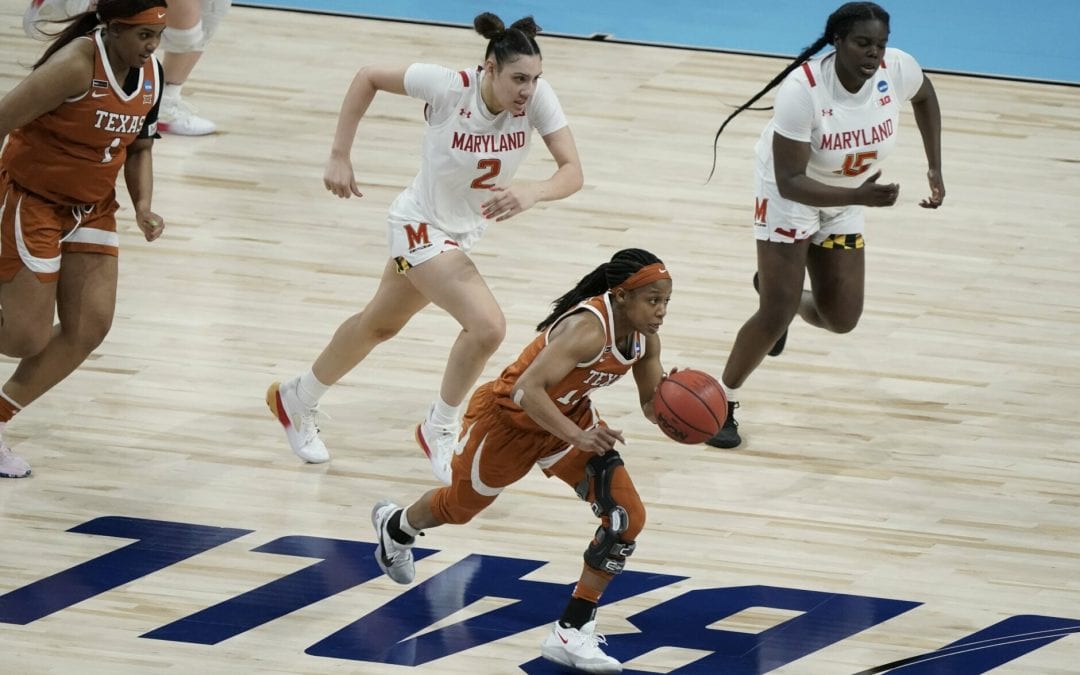 That noted philosopher Mike Tyson famously observed that everyone has a plan until they get hit.

The Texas women’s basketball team absorbed Maryland’s opening salvo in last night’s NCAA regional semifinal, slowed down the Terps’ vaunted transition game and held on to score the biggest upset of the tournament, a 64-61 win.

The Terps (26-3) ran off the first nine points of the game, then looked confused and discombobulated for the rest of the contest, as the Longhorns held Maryland’s offense, the most potent in the country, to a season-low.

As a result, Maryland’s 15-game winning streak was snapped and a season that blossomed with a Big Ten regular season and tournament title and a No.2 seed in the Hemisfair region abruptly ended.

The Terps entered the contest with the nation’s highest scoring average (91.8) the second-best team three-point percentage (40.6) and the third-best overall shooting percentage (49.9).

Texas (21-9), which meets top-seed South Carolina Tuesday for a trip to the Final Four, held Maryland 31 points below their scoring average. Maryland shot just 40 percent from the field and a miserable 23 percent from three-point range.

First, Katie Bentzen hit a three pointer 20 seconds into the contest. After a pair of layups from Ashley Owusu and another layup from Chloe Bibby in the first 2:45 in to make the score 9-0, Texas coach Vic Schaefer called time out and the Longhorns looked like they had been run over by an EF4 Texas twister.

Texas got off the deck and counterpunched with Maryland, harassing the Terps on the perimeter and exploiting their non-existent interior game.

Still, Maryland led by seven at the half, but looked shaky throughout the second half, as All-America center Charli Collier had four of her 11 second half points in the third, giving Texas a 49-47 lead going into the fourth quarter.

In the fourth, Maryland rallied to take a 56-52 lead with 6:25 to go on a layup from Mimi Collins. However, they would score just two baskets the rest of the way.

With a minute left and the score tied at 59, Owusu attempted a pass to Collins near the free throw line, but the pass was mishandled. Texas guard Kyra Lambert collected the loose ball and drove the other way for an uncontested layup, giving the Longhorns the lead that they would not surrender.