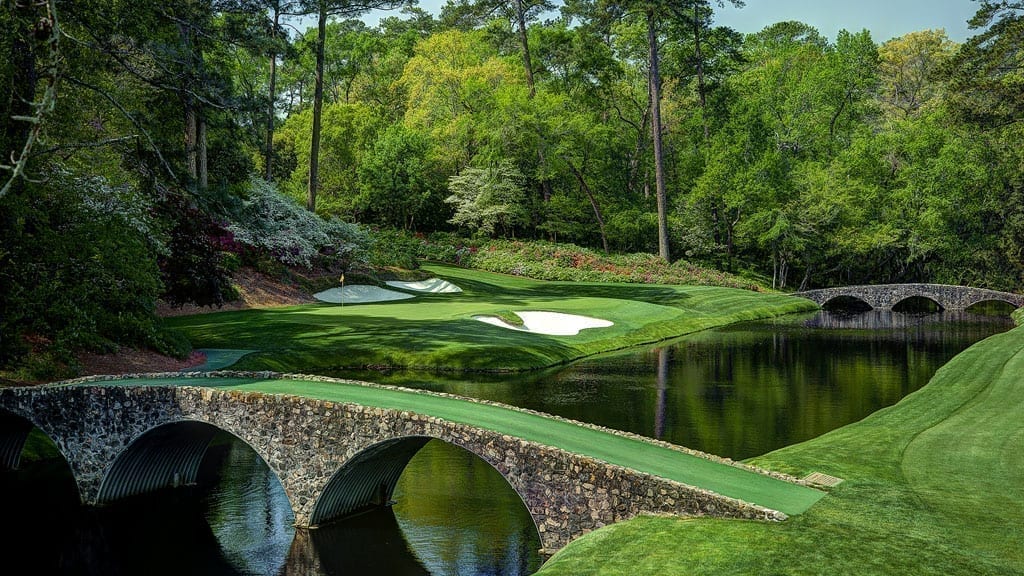 History was made last weekend when Jennifer Kupcho of Wake Forest (Arnold Palmer’s alma mater) became the first winner of the Augusta National Women’s Amateur Tournament. With an eagle on 13, she roared back with a -5 on Augusta’s famed back nine to surpass Arkansas’ Maria Fassi, and become the first woman to hoist a trophy in Butler Cabin.

Will history be made again this Sunday? Is this the year that Rory McIlroy completes the career grand slam? He has won three of the four majors, winning the Open Championship in 2014. Backed it up with another PGA Championship afterward. But that was his last major victory. The green jacket has eluded him.

Augusta has been kind to the North Irishman as McIlroy has finished in the top ten each of the last five years. His best finish was fourth in 2015.

McIlroy is the odds-on favorite to win at 7-1, entering Masters play with seven top ten finishes in the eight events he’s played this season. After winning at The Players a few weeks back, he finds himself in second place in the FedEx Cup standings, just behind Matt Kuchar. McIlroy was in the final pairing with Patrick Reed a year ago and posted a final round 74 while Reed donned the Green Jacket.

Discuss your thoughts on The Masters on our message board.

All coverage can be streamed on Masters.com. The following are the broadcast times.

Sunday doesn’t look like ideal conditions for golf. But that is still some time away. Mother Nature works in weird ways.

Keep an eye on

Hole #5. They lengthened an already tough par 4 to 495 yards, bringing deep bunkers into play on the left side. Bunkers that would need to be carried to take the short route around the dog leg left. Severe changes to the green make the undulations diabolical looking from ground level. We’ll see how it plays and how players comment on it.

Couples is a fan favorite who usually posts a pretty good score at Augusta. The 59-year-old is always a feel-good story of the week. Kim enters The Masters with three top-5 finishes on the year. Holmes has one victory this season at The Genesis Open.

Reed is the defending champion, though has struggled in recently, failing to finish in the top-10 in 2019. Last year’s Masters was his last victory. Hovland is the reigning U.S. Amateur Champion, but an amateur hasn’t finished in the top 10 here since the 1960s.

Because you need to know when Tiger is on the course. Jon Rahm is eighth in the world golf rankings while Tiger has climbed back from obscurity over recent years, to get back up to 12th. Li is 39th. Don’t sleep on Rahm making a fine showing this weekend either. He’s looking to become the second Spaniard in three years to take home the green jacket (Sergio Garcia, 2017).

The Vegas favorite, McIlroy, looking for the career grand slam. Ranked third in the world. Fowler is last year’s runner up at Augusta. Had a big win at the Phoenix Open this year and tied for second at the Honda Classic. Smith is your reigning Australian PGA Championship winner.

The final three groups to tee off on Thursday are loaded, and you’ll get to see their first round almost in their entirety, going off just before live cable broadcast kicks in. Seven of the nine players are ranked top 15 in the world, with Phil Mickelson at 22nd, and Jordan Spieth trying to find himself again, at 33rd. Spieth’s last top ten finish was ninth at last year’s Open Championship. Before that, a third place, right here at the Masters. Spieth, a year ago, arguably the biggest young star golf has seen since Tiger, hasn’t found the winners circle since the 2017 Open Championship. For you bettors out there, Spieth offers better value at 16-1 than McIlroy at 7-1, given that Spieth’s five Masters finishes are second, first, second, eleventh, and third. When he finished eleventh, he entered the final round two shots off the lead.

Other than Spieth, D.J. was number one in the world, recently ceding that position to Justin Rose. Justin Thomas is getting a lot of attention for his very high ball flight which would play well here. Brooks Koepka won has won three majors in the last two years. Back to back U.S. Opens, and our last major, the PGA Championship.

Augusta has always catered to those who make it off the tee well, and don’t leave strokes on the green. Those two things often make up the champion at the end of the weekend.

Top-5, strokes gained off the tee (in the field)

Jason Day appearing in the top five in both categories. 25-1 to win is great value, especially for a guy with six top-10s in his last ten tournaments.

Rory Mcilroy, Jordan Spieth, and Jason Day look like good bets. But seven of the last eight Masters winners were first time major champions. Of the favorites, Rickie Fowler (16-1) fits that bill and is also fifth best in scoring average at Augusta over the last five years.

Someone I haven’t mentioned yet that could win

Francesco Molinari. Ranked 7th in the world. Third place in the Dell Match Play recently. Won Arnold Palmer’s tournament at famed Bay Hill a month ago. Great finishes in his last two majors. Winner of the 2018 Open Championship and T6 at the PGA Championship. Paired with Tommy Fleetwood, swept their 2018 Ryder cup matches, and bested Phil Mickelson in singles play to clinch the cup for the Europeans. The guy won’t break under pressure.