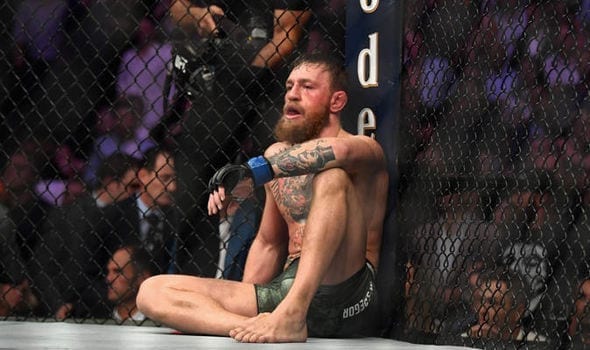 If you would have told me a few years ago that I wouldn’t be excited for a Conor McGregor fight I wouldn’t have believed you. This is the same Conor McGregor that announced his presence in the UFC by winning his first seven fights, six by knockout, against notable fighters such as Dustin Poirier, Max Holloway, Chad Mendes, and culminating in his famous knockout of then featherweight champion Jose Aldo in 13 seconds. He was electric in the Octagon and must see entertainment when it came to interviews and press conferences to build up a fight. He became even more likable in defeat becoming humble, praising his opponent, and vowing to win the rematch – which he did when he beat Nate Diaz by decision at UFC 202 following his submission loss to him at UFC 196. He became a double champ in two of the most exciting weight classes of the sport and seemed poised to become a mega star the likes of which combat sports hadn’t seen in ages. Instead he cashed it all in for a stunt boxing match and became the stereotype athlete who went from rags to riches and let it bring everything down around him.

McGregor fought undefeated boxing legend Floyd Mayweather in August of 2017 and put up a few competitive rounds before being completely outclassed and finished as expected. He left that night with a payday of nearly $100 million and almost instantly became a trainwreck. Rumors of drug and alcohol abuse were all over the internet while at the same time he marketed his new irish whisky ‘Proper 12’. He stayed in the MMA headlines for acts such as jumping into the Bellator cage to confront a referee following a teammate’s fight, calling another teammate’s opponent a homophobic slur for strategically wrestling in order to win, and most infamously throwing a dolly through a bus window to try and attack Khabib Nurmagomedov who had reportedly disrespected his friend and teammate Artem Lobov. That ‘unforgivable act’ which injured a few other fighters on the same bus as Nurmagomedov and had their fights canceled was fairly quickly forgiven as McGregor was booked to fight Khabib six months later.

Despite Conor clearly being out of control and not the same guy that I had grown to love to watch over his first four years in the UFC, I found myself getting sucked back into the hype come fight week for UFC 229. That same anticipation that starts the Monday before the fight and ramps up to a fever pitch that is unmatched by any other number of great fights and fighters. I talked myself into thinking he just needed to get back into a fight camp and have his energy focused on the task at hand. He had too much free time to let his new fame and money go to his head. He can still be the most electric combat sports athlete in the world and do the impossible by knocking out the undefeated Russian who was clearly his kryptonite on paper. By the time the bell rang for the start of the main event on October 6, 2018 I had reached my peak as far as my appreciation for Conor McGregor goes and its been all downhill ever since as the denial washed away.

He put up a decent fight against a dominant force in so far as he didn’t get finished until the fourth round but missing was that patented offense. That mix of speed, power, and confidence that was present even in his only other loss in the UFC to Nate Diaz was never on display. He looked like a shell of his former self. The mayhem following the stoppage was ugly and a terrible decision by Khabib and his team that could’ve gone way worse and severely damaged the reputation of the sport but its hard to deny McGregor’s part in that. Not only did Conor attack that bus in Brooklyn in April of that year but he got incredibly personal the week of the fight attacking Nurmagomedov’s family, religion, and political connections. That continued after the fight with one particularly ugly tweet about Khabib’s wife. Then the excuses started. Conor fought with a broken foot. He was unfocused and drinking throughout the camp for that fight. He wants an immediate rematch.

Things really hit their nadir when the New York Times reported a story that had previously been relegated as internet rumors. Conor McGregor was under investigation for sexual assault in Ireland but their laws prevented the accused from being publicly mentioned. Then another accusation came out months later. It was one thing when the worst thing you could say about him was that his loyalty to his teammates resulted in aggression and rage that turned into poor decisions. Or that he was “aggressively online” every time anybody near his weight class fought to try and get attention. Once potential felony crimes that show a complete lack of respect and humanity entered the picture I found it difficult to get excited to watch him try to earn glory inside the Octagon. Obviously he hasn’t been convicted of anything and we need to let the criminal justice system run its course but it seems wrong to pretend that its not hanging in the balance.

Now this week appears to be the start of the Conor McGregor redemption tour with a 50 minute interview airing on ESPN’s Ariel Helwani Show where he is saying all the right things. He has denied any allegations against him, says that he is cleaned up and hasn’t had a drink since this training camp began. The world loves a comeback and I can’t say that I’ve completely ruled this one out as being legitimate but I’m going to need more than a few quotes to buy into it. As fight night approaches I’m not sure what result will make me happy. A return of the Conor of old (at least inside the cage) or a humbling comeuppance at the hands of Donald ‘Cowboy’ Cerrone, who to be fair has his own shortcomings outside of fighting. One thing is for certain, I do not feel that anticipation of old building. More of a curiosity than anything. But I’ll be watching.