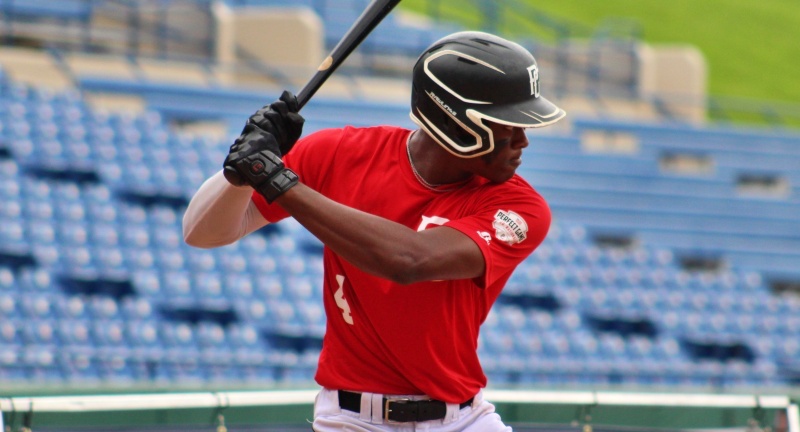 The 2021 MLB Draft has come to a close. The picks are made, the contracts are being negotiated, and I’ve cleared my computer’s desktop of the myriad files related to this class. Before we move to 2022, let’s look at this year’s draft. I’ll note that many of these comments are repetitions from my Draft Night and Post-Day 2 podcast appearances on On The Verge.

Like drafts so often are, this one was divisive for Orioles fans. The underslot at the top, the players chosen for the overslot money, the lack of pitchers at the start. All of these things drive fans up the wall.

Say what you will, the Orioles front office has a plan and they’re sticking to it. They are an analytical team, and at this point you could probably make a decent guess at the variables in their hitter model at least (And I have a few ideas about their pitcher model).

The team seems to buy into the “develop hitting buy pitching” philosophy. With that in mind, the front office prioritizes hitters in the draft. With those hitters, they lean heavily college where more data exists to evaluate the hitters. Power, expressed through exit velocities and ISO, runs the show with strikeouts not being a concern. Finally, age is a driver, with younger players being more highly valued. This has yielded a crop of interesting hitters with potential, but I do have some concerns with the approach.

Prior to the draft, J.J. Cooper wrote an article about Ty Madden and how his brand of pitching, particularly his fastball, is not valued by teams in the current mindset of baseball. The same day, Cooper penned another piece about how teams that draft for current trends may soon be behind the times. Finally, in ESPN’s media conference call on the MLB Draft, I asked Kily McDaniel about if we were reaching a point when age as a predictor in the draft were coming to an end. He expressed some frustration with teams so beholden to models that they’d remove a 19-year-old high school player (for example) from their Draft Board or bump an age-eligible sophomore up several rounds because they’re under 21 on draft day.

Now, I’m not saying that power is going away from baseball in the next few years. I’m not saying age will be useless. But it is important to remember that baseball evolves, even if predicting that next evolution is a bit of a fool’s errand. The next CBA is being negotiated this December. Many changes are being discussed, including the limiting of shifts. Coming out of those changes, the value of putting the ball in play could conceivably increase, and therefore strikeouts could again become more damaging from a hitting perspective.

All in all if I were put in the Orioles’ position, with the data and other resources that I currently lack access to, I can’t guarantee that I would draft any differently. However, given the data I have and the modeling choices I’ve made throughout the past couple of years, there are definitely choices that would give me pause.

That said, there is a lot to like about the players selected, even if I have questions. With that in mind, let’s look at these players in brief detail.

Colton Cowser: The Performer with Projection

I’ve made no secret my love of Cowser. If the Orioles were going to go truly underslot, he’s the guy I wanted. I love his hit tool, and think his line drive swing plus reported exit velocity numbers leaves room for power growth in professional ball. While most had him ranked around 11th-13th, my ranking of 8th overall fell more in line with Fangraphs’ Eric Longenhagen. He had Cowser as the 6th-best player in the class and once signed will be his 85th-best prospect in baseball.

Connor Norby has nearly hit .400 in his three college seasons, and was the only D-I player to hit over .400 with at least 200 ABs this season. That alone should be enough to grab people’s attention. He’s started to develop a little pop this year, and seems to do a bit of everything (15 HRs, 18 SBs, 33/34 BB/K in 2021). Some evaluators liked him in the late first round, but he really had a realistic range anywhere from 30-50. He seems like a guy with a high floor who could be manning the keystone sometime in 2023.

Reed Trimble and John Rhodes in many ways seem to be cut to be cut from the same cloth: College performers though with big strikeouts, wide range of evaluations, but are very young. However, look closer and some differences appear. Trimble is a switch-hitter whose 70-speed makes him a likely fit in CF with a chance to additionally contribute with his defense. Rhodes came off a COVID-shortened 2020 line of .426/.485/.672 and slumped in 2021. Had he hit closer to his 2020, say a line like .350/.440/.600, he’d probably be discussed as a 2nd-round pick and would’ve had a DRAFT Model score near 7.00. Both players definitely have warts around their strikeout totals and respective hit tools, but it’s easy to see what the Orioles are betting on.

With the exception of Creed Willems and Carlos Tavera, the rest of Day 2 were college players. Including 13th-rounder Jacob Teter, they generally follow the Orioles’ checklist of power (without regard for strikeouts)

Of this group, Collin Burns intrigues me the most, probably because he plays a credible shortstop with plus speed. Most of these players are lottery picks and unlikely to contribute to the major league squad in any way, but hopefully a couple become pieces.

While the Orioles only took a single pitcher in the first two days, they totaled nine overall over the whole draft. Again, there’s a common thread through these players from an analytical perspective.

All these pitchers have unsurprisingly high strikeout rates, but most also have a tick above average walk rates. Tavera has the most coverage as the top pitcher pick, but also as the only pitcher chosen ranked in Baseball America’s Top 500. He has a chance to start with his average fastball and above-average slider, but these offerings may play up in an eventual bullpen role.

Of the rest, Gillies and Heid interest me the most. Besides their obvious statistical performance, their stuff seems like something the player development staff could work well with.

With 2021 coming to a close and BA’s initial Top 200 not coming out until February, I’m going to disappear for a while. I have a few projects that I want to work on with the DRAFT Model, with some ideas that could really shake up my results in the future.

However, I don’t want to leave you all with no ideas about 2022. There are interesting guys all over this draft, both in the college and high school ranks. Elijah Green is a name I’ve mentioned a few times, with some evaluators saying he could’ve gone as a top-10 guy in this year’s draft at age 17.

Termarr Johnson could surpass Green’s score depending on where his ranking winds out. As a SS who will be 18.1 on Draft Day, he could be looking at a score in the 37-38 range. Baseball America notes some worry about his projectable frame. Connor Prielipp had Tommy John surgery in May of this year and will likely miss next year. I wouldn’t want to risk it (And the Orioles probably wouldn’t either), but someone will eventually be interested in a guy who struck out 47 guys while walking 7 in 28 IP. Dylan Lesko will be this year’s Jackson Jobe, a high schooler with potentially three future plus pitches. Baseball America mocks Jace Jung to the Orioles. A career ISO of .356 will do that to you. Combined with everything else, there’s a chance for a DRAFT Score near 35 depending on the rankings.

I could continue, but again it’s early. There’s plenty of work to be done watching showcases, seeing a little college Fall Ball, and anticipating the twists and turns of the process. Thank you all for another great draft season, and look forward to next year!