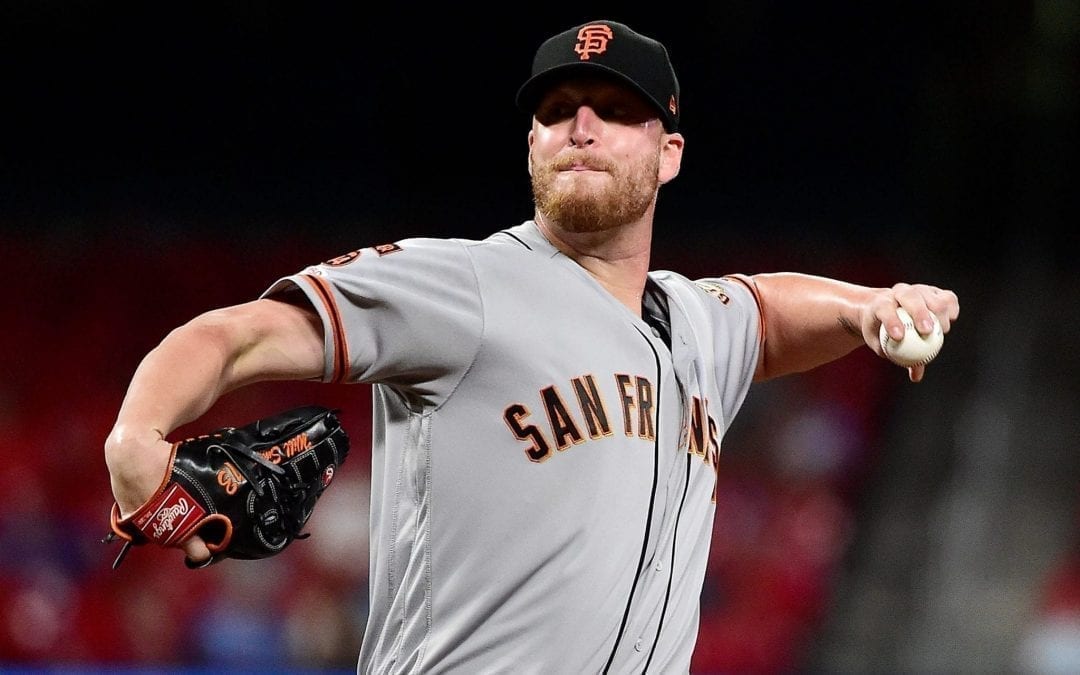 We may be finally seeing a thawing what has become a glacial free-agent process.

The market was slow two offseasons ago and even slower last winter when just 25 percent of free agents signed contracts before January. That left the Major League Baseball Players Association questioning whether teams were colluding.

However, there is a sense of optimism that things will be different this winter. Both team executives and agents say there has been much more dialogue in the opening days of free agency.

The first tangible sign that times could be changing came Thursday when the Atlanta Braves signed left-handed reliever Will Smith to a three-year, $40-million contract.

That was a good sign for the players because many people in baseball thought Smith might have a hard time landing a lucrative contract and might be wise to accept the San Francisco Giants’ $17.8-million qualifying offer for 2020.

However, Smith became the first of 168 free agents to sign on the same day players had to decide whether to take qualifying offers.

Don’t look for the Orioles to jump into the market quickly. While they could use plenty of pitching help, General Manager Mike Elias is expected to go bargain shopping for second- and third-tier starters rather than give a big-money contract to someone, especially with the Orioles quite a way from contending.

–BBWAA awards week is over and there were no major surprises among the winners.

However, quite a few people inside the game thought the writers would select Astros infielder Alex Bregman as the American League MVP. Los Angeles Angels center fielder Mike Trout won the voting, instead, even though his team finished 72-90.

“I thought Bregman was a lock because he played on the better team,” one baseball executive said. “I guess you could say it’s poetic justice, though. There have been many years where Trout probably should have won it and didn’t because his team didn’t make the playoffs.”

Both voters from the Baltimore chapter of the BBWAA, The Associated Press’ David Ginsburg and The Athletic’s Ken Rosenthal, had Trout first and Bregman second on their ballots.

Means was one of the few bright spots for a 108-loss Orioles team. However, considering he pretty much came out of nowhere in 2019, it is fair to ask if he was a one-year wonder.

“I want to see more,” a scout from an AL team said. “He got people out, but he doesn’t have great stuff. Guys like him, there’s little margin for error and it will be interesting to see what adjustments hitters make to him next season. I’m not saying he can’t be a major league starter over the long haul but he’s not a guy you’re going to build a rotation around. He’s a backend guy for me.”

–Mychal Givens drew plenty of trade interest in advance of the July 31 trade deadline, but the Orioles opted to hold on to their closer. Plenty of teams have inquired about him again and an executive from a National League team thinks the Orioles should deal him this winter.

“My school of thought has always been that closers are luxury items on bad teams,” the executive said. “The Orioles should try to cash him in for a couple of prospects. There should be enough teams interested in him that the Orioles could leverage that amount of interest into getting something of value.”

John Perrotto has been a professional sports writer since 1982 and has covered a multitude of sports, including MLB, NFL and college football and basketball. He has been a member of the Baseball Writers’ Association since 1988, a Hall of Fame voter since 1997 and has covered 21 World Series and two Super Bowls. He is a graduate of Geneva College, the birthplace of college basketball, and lives in Beaver Falls, Pa., the hometown of Joe Willie Namath. He also writes The Perrotto Report (theperrottoreport.com), newsletters that concentrate on Major League Baseball and the Pittsburgh Pirates.