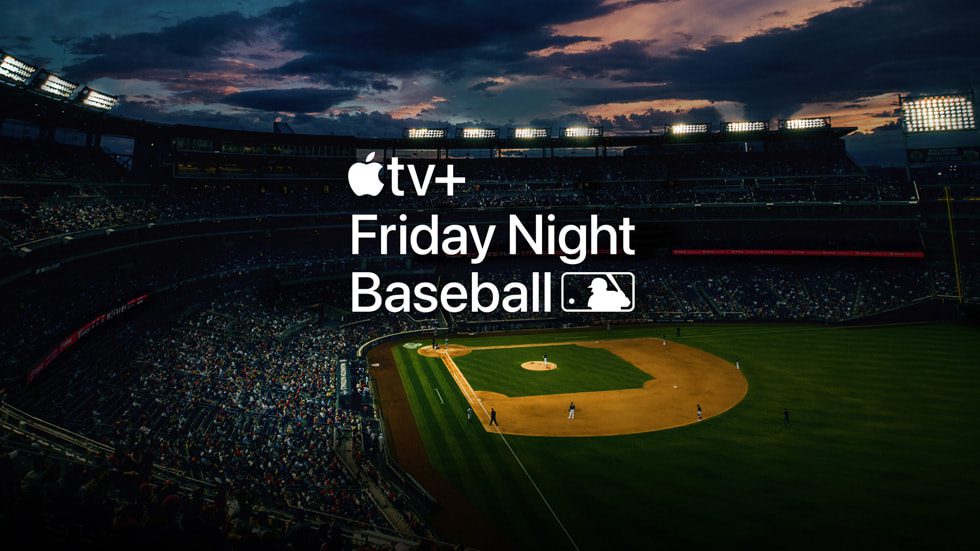 Two weeks into the 2022 MLB season, one of the more popular punching bags among the league’s fans are its new streaming deals. This season, MLB inked a new deal with Apple that gives the company a Friday night doubleheader on Apple TV+ each week as well as a pact with NBC’s Peacock, granting the streamer a Sunday morning/afternoon game each week beginning in May. MLB also re-upped with YouTube for one game a week, another package that starts in May.

Overall, the three packages represent a small fraction of the 2,430 MLB games scheduled to take place in the 2022 season. YouTube’s deal has a total of 15 games, while Peacock has 18. Apple has the biggest package on the block, with around 50 games on the service (though the exact amount has not been announced, and only the first half of the season’s schedule revealed).

That’s between 3% and 4% of the league’s schedule paywalled. For one team, that’s six games a year, or one per month. Obviously, not every team will fit into that exact framework, but the companies have done a pretty fine job so far of not over or underrepresenting teams – the Braves, Mets, Dodgers, and Yankees are all featured three times apiece, fewer than the Royals and Nationals at five each. That’s an unexpected twist.

But while the streaming deals are receiving quite a bit of scorn from fans appalled that they can’t watch every game whenever they want with subscriptions to just basic cable and MLB.TV, a larger problem is looming for baseball fans. It’s becoming increasingly difficult to watch RSNs in local markets without having a subscription to a specific cable or satellite operator.

If a customer wants to cut the cord and get away from paying cable or satellite companies for bundles that easily exceed $200, their options to watch local sports are quite limited. The Dish-owned Sling prides itself on no longer carrying RSNs. YouTube TV and Hulu only carry the NBC Sports RSNs, while fuboTV carries those, NESN, Marquee, and the AT&T SportsNet RSNs. The only service with access to *all* of the RSNs, including the Sinclair-owned Bally RSNs that locally broadcast many local teams, is DirecTV Stream – and the lowest priced package with access to the RSNs runs $90/month.

A problem arises when those local cable and satellite don’t offer the RSN you need. Dish is the most famous example, setting the tone for Sling by dropping all local sports networks. Sinclair walked a knife-edge with Charter earlier this year, eventually reaching a new carriage deal that included the RSNs after months of tense negotiations. Imagine living in a market where Charter was your only cable option, and your team aired on a Sinclair RSN. If those RSNs got dropped, you’d be utterly screwed, and your only recourse would be to switch to DirecTV – and hope a carriage dispute would never happen.

The long-rumored Sinclair direct to consumer service could flip these issues on their head. It still hasn’t launched (though a 2022 launch is being targeted), and the price point remains a question (I’d be shocked if it ran less than $20 per month). If it does launch, that could help close the gap caused by carriage disputes. And while I am somewhat optimistic about that development, I’m also a bit pessimistic. Will carriers see the DTC’s launch and think “screw it, we’re not paying these carriage fees anymore,” shrinking the distribution of the RSNs? The end result of that could be fans dumping their cable or satellite packages, paying more for standalone (non-bundled) internet, picking up a subscription to a live TV streaming service, and also adding the DTC offering, and paying just as much (if not more) than what they were originally paying prior to the DTC’s launch.

When you look at it that way, maybe having to watch one of your team’s games a month on a streaming service isn’t the biggest deal. The RSN model itself is in a precarious position, and while the money brought in by these streaming deals is a relative drop in the bucket, the low amount of games being shifted to streaming exclusives (which was already happening in some markets when multiple teams in different leagues were playing at the same time) is far from the biggest concern across the MLB media landscape.