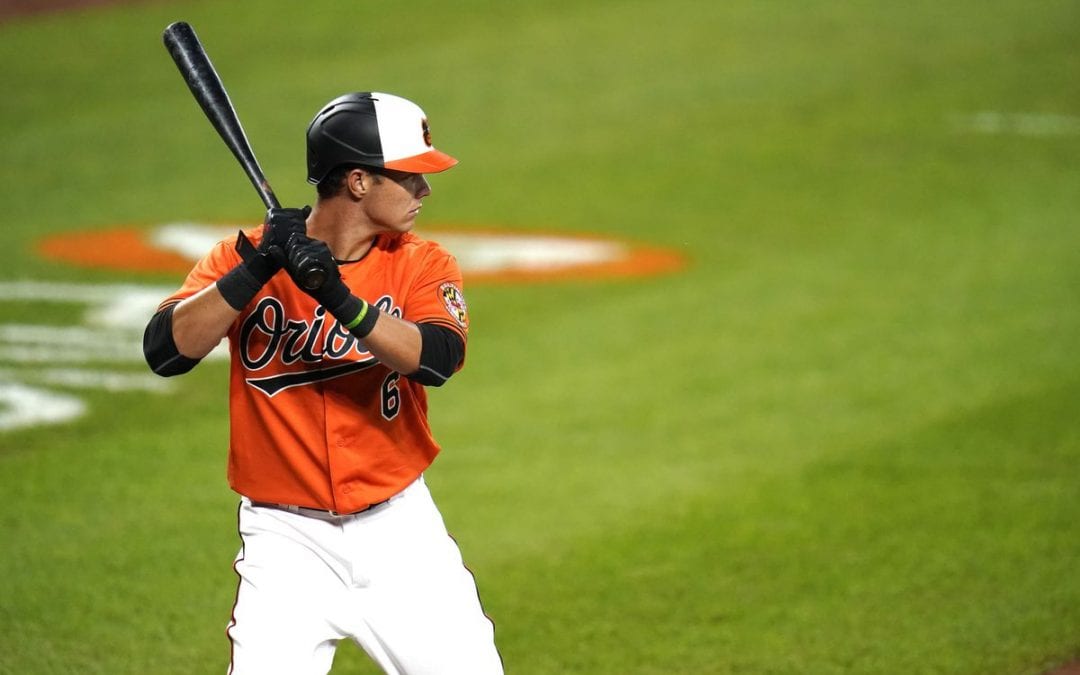 There is little in baseball more exciting than a young prospect finally getting a shot. Last season that happened for Ryan Mountcastle and Orioles fans alike. The 2015 first round pick out of high school in Florida hit his way up through the minors until, at the age of 23, he found himself in Baltimore. He didn’t disappoint when he got there, either. Mountcastle finished the abbreviated 2020 season with a 138 wRC+, an .878 OPS, and a .333 average with five homers in 35 games. It was an encouraging performance for the top prospect. But this season has been different.

Mountcastle has struggled in a way he hasn’t before. His strikeouts are way up, his batting average and really every other stat is way down. The entire package has been rough, and with his defensive issues, the pressure on him to hit is extreme. If he doesn’t hit, the question becomes what does the organization do with him? Can they send him back to Triple-A now that the minor league season has begun? What would that do to his confidence? What would that do to his development?

Major league hitters can swing and miss a lot if they impact the baseball when they do make contact. If they don’t make hard contact, they need to make more contact to make up for it. Mountcastle is doing neither. He’s swinging and missing, he’s chasing pitches outside the strike zone, and when he does make contact, it’s mostly not particularly hard contact.

Particularly Mountcastle, a right handed hitter, has struggled against right-handed pitchers. Last season that wasn’t the case. In 2020 Mountcastle put up a .947 OPS against same sided pitchers. This season his OPS against righties is down to .472. These are small sample sizes because Mountcastle simply hasn’t been in the majors that long, but these splits bear watching. In particular Mountcastle has had difficulty with breaking pitches. His average against sliders and curveballs in particular is .148 and the quality of contact from those swings isn’t showing it should be much higher.

There’s a lot there. But there is a reason for hope that I mentioned earlier, and that is that Mountcastle has done this all before. He’s had success in the majors last season and success in the minors the season before that. He’s been a very good hitter and those skills don’t typically disappear at age 24. That’s the salient point here, beyond all the microdata.

The majors are a different animal than the minors, the pitchers are far better, the pitches far more difficult to do what you want with, and Mountcastle is dealing with all of that right now.

The Orioles are in a rather unique position in that they can continue sending Mountcastle out there day after day regardless of his failures because the wins and losses at the major league level don’t matter this season. They will in the near future though, or at least that’s the hope, so this kind of slack won’t be available for all prospects forever, but for Mountcastle right now, it’s something the team can provide, if indeed it’s determined to be the best course of action. But it may not be, and the Orioles may want to send him down if this continues for a lot longer. Sometimes you just need a mental reset, even if that comes with other problems, and Mountcastle may be reaching that point, though he did get two hits last night, so perhaps a corner is being turned.

So what does Mountcastle have to do in the majors to succeed? He needs to do two basic things. He needs to stop expanding the strike zone by chasing breaking balls out of the strike zone and he needs to punish fastballs in the zone. Mountcastle has been extremely susceptible to sliders and curveballs low and away, a pitch that lefties can’t throw to him. It’s given him fits and he needs to learn to avoid offering at those pitches.

Most of Mountcastles major league homers have come on inside pitches so it should be no surprise that pitchers are pounding him away when they do come in the zone and low and away when they don’t. Those are areas that are difficult to pull and yet Mountcastle is trying to pull them anyway. That’s one difference between his numbers this season and last. He is pulling the ball even more, which is consistent with what he did in the minors, but as that’s where his power is, major league hitters won’t allow him to do that. He’s either going to have to hit the pitches where they are (I.e. hit outside pitches to right field) or he’s going to have to buck physics and become the first major league hitter to successfully pull low and away pitches to left field for home runs.

Despite all this going wrong, I keep coming back to his success in the minors, his high draft position, and his success in the admittedly small sample of 2020. Failure is easy to point out. Just look at almost any of the preceding paragraphs. Success can be harder to explain. How does one not swing at a slider low and away? Simply by not doing it, or to attempt a better explanation, by having experienced enough of them that they can be identified a split second sooner, just enough to avoid swinging. But sometimes the bad habits and bad feelings and bad thoughts become self-fulfilling and that’s when maybe it’s better to go back to the minors, remember what success, what good habits, what doing well every day feels like. Whether Mountcastle is at that point or not, only the Orioles can say, but there is still value in that bat. The question is, how to get to it.