My Experience At The 2022 CONCACAF W Championship 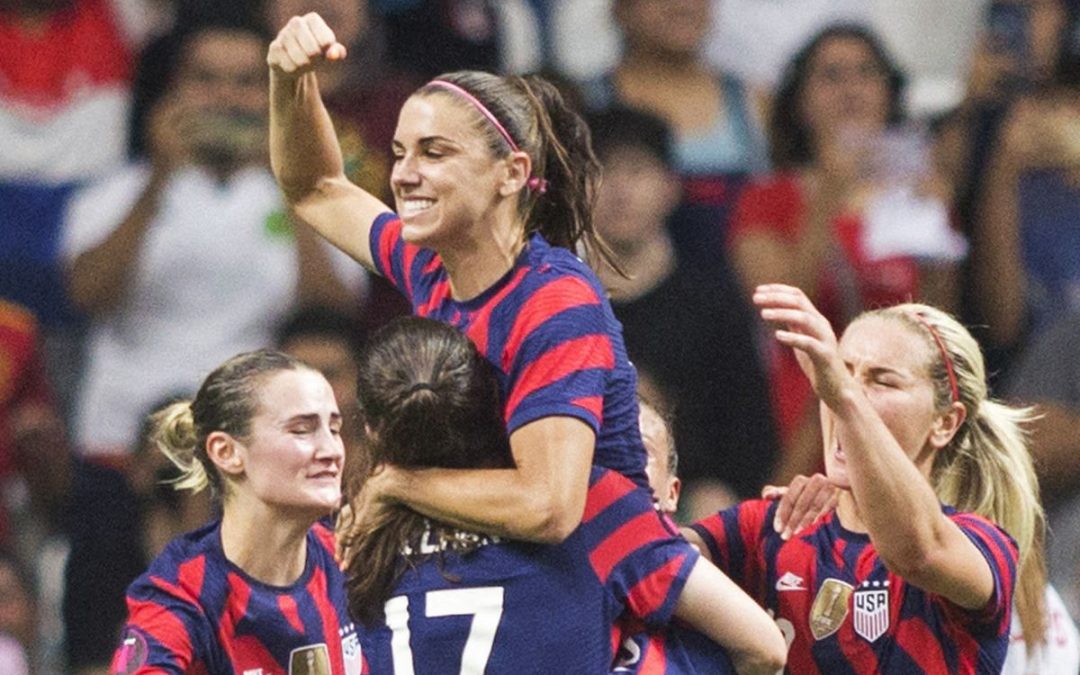 It’s not often you get a chance to witness history, especially in sports. Witnessing a historical moment on the court or the field is like catching lightning in a bottle.

I’ve been fortunate enough to witness some great moments throughout my decade-long career in sports media. Covering the United States Women’s National Soccer Team as they qualified for their 9th consecutive World Cup is officially high on the list.

CONCACAF – the soccer confederation that governs North America, Central America, and Caribbean countries – hosted its quadrennial championship in Monterrey, Mexico. It will be one of the 16 cities to host the 2026 World Cup. I stayed in an Airbnb a few miles from Estadio BBVA and Estadio Universitario. The ladder was my favorite. It was a traditional stadium that gave an authentic Mexican soccer aura.

The Estadio Universitario hosted the rivalry match between the United States and Mexico, and it’s honestly one of the greatest moments in my sports media career. The match didn’t have much on the line; Mexico’s chances of qualifying for the World Cup were already slim to none after two disappointing losses to Jamaica and Hait. What made it significant is this was the first time in 12 years that the two rivals played each other in Mexico. In addition, the USWNT roster was filled with players who had never played in a meaningful game of that magnitude on international soil.

The drums, the chants, and the engaged Mexican crowd created a euphoric feeling for me. The world’s best players are in front of me, battling to the last minute.

Don’t get me wrong, Estadio BBVA – which has won awards for its incredible architecture and design – is one of the best stadiums I’ve ever visited. Coming from the United States, the land of futuristic stadiums, they all look the same after a while. What made Estadio BBVA special, though, was the open roof that gave fans in the nosebleeds section a view of the mountains as if it is growing from the stadium floors.

On the pitch, I witnessed a lot of talented players, but there were three in particular that I watched with a keen eye; Megan Rapinoe, Alex Morgan, and Christine Sinclair.

Morgan and Rapinoe played the role of veterans, a part of the USWNT youth movement designed by Vlatko Andonovski. Both players had great moments in the previous two World Cup runs by the stars and stripes and are recognized as two of the greatest players in the world.

It was interesting to see these two football giants get ready for games and how they react in games. Rapinoe seemed to be more of the player to keep things loose. She was on the team as a reserve, but she made a significant contribution there. Her personality was nothing short of captivating. Rapinoe reminded everyone with her joyful spirit that this is a game and you’re supposed to have fun with it. We all know about her social work off the pitch, leaving the team and missing a game to receive the Freedom Medal of honor at the White House. While she may kid joke and play, she was serious when it was time to be serious.

Morgan was the best player in the entire competition. She made unbelievable goals, and her star power among the Mexican fans was amazing. Morgan is much more reserved than Rapinoe, but she has the brightest smile on the pitch. Her game-winning penalty kick to give the USWNT a 1-0 lead in the championship game against Canada was one of those moments where great players step up in the most significant moments. It won the CONCACAF W Championship and avenged a loss the USWNT suffered in the 2019 Olympics that sent them to the bronze medal game.

And then you have Sinclair. At age 38, she is still capable of running up and down the pitch, contributing, and having fun. For those who don’t know, Sinclair has played for the Canada National team for 22 years, equaling up to 312 caps and 190 goals (all-time leader for men and women). Sinclair will play in her sixth world cup next August, and I asked her about making another trip to the world’s biggest event in women’s sports, and she said, “it never gets old.”

A sporting event like this would not be the most exciting to the average sports fan, but it had everything a sports fan would want: great venues, great players, rivalries, and a lot on the line. I’m more than grateful to have been able to be an accredited media member and to cover the USWNT, the best team in the world.