Next Game Up: Bengals at Ravens 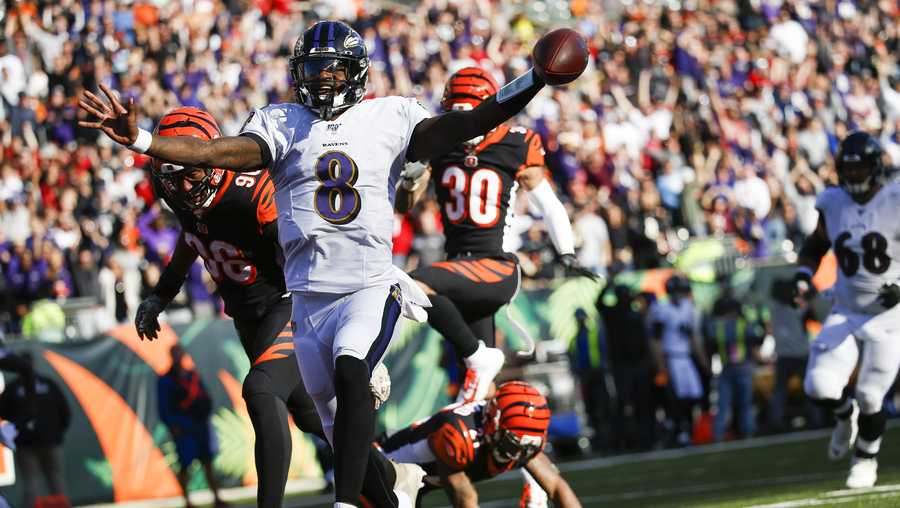 The Ravens are rolling, full steam ahead.

Coning off a 34-6 trouncing of a very good Chargers team, the Ravens are looking dominant. They are getting healthier, too, which is vital to their long-term goals.

Last Sunday, Baltimore cruised to a 4-score victory. They beat the Chargers up badly, especially on the ground, to the tune of a 187-26 rushing advantage and a 16-minute advantage in time of possession. The defense did its thing as well, restricting Justin Herbert to the 2nd-lowest passing yards and QB rating of his 21-game career.

As nice as it was to see the Ravens win a complete game comfortably, there’s no time to waste as another 4-win team comes to town. This time, a divisional rival in the Bengals.

Cincinnati is coming off its own dominating win, a 34-11 victory at Detroit (a team Baltimore struggled to defeat earlier this season). They look to be in a groove and will be very challenging to stop on Sunday.

Here are my three keys for Baltimore to get its sixth win of the season—something they haven’t done before the bye since 2014.

Sunday will be a very tough game for many reasons. One of which is that the running game will be closely contested. Baltimore enters Week 6 ranked 4th in rushing yards per game, while Cincinnati ranks 8th in rushing yards allowed per game. Not that the Ravens would back down from such a challenge, but it’s even more important for them to approach this week with a renewed focus as they’re set to face a formidable defensive front.

It’s no secret, but it still bears repeating that field position in AFC North games is critical. Therefore, converting on 3rd downs is one of your best assets for gaining and sustaining that advantage.

In 2020, the Ravens converted 49 percent of their third downs. So far this year, they’ve dropped to 38 percent. It hasn’t impacted them too much, and they’re 5-1, but it’s still worth noting as the Bengals will undoubtedly be targeting this “flaw” come Sunday.

Fortunately for the purple and black, they have Lamar Jackson at quarterback. We all know how dangerous he is as a runner, but specific to 3rd downs, he’s converted 72 of his 125 career attempts—58 percent. That kind of production is a dream for offensive coaches and a nightmare for defensive coaches.

Usually when big-time players produce, there will be talk about spreading the workload. Even though the Ravens already do that, it seems like part of what makes Lamar so rare is that he craves that responsibility. He wants that challenge because he knows he and his teammates can overcome it.

For all the talk about Jackson’s passing inconsistency (which is such a lazy take, by the way), he’s been incredible when the game matters most. Here’s a breakdown of his touchdown to interception ratios during key parts of the game:

If, for whatever reason, the Ravens run game gets shut down, they still have the advantage of Jackson’s clutch passing. That is cause for high expectations.

The current line on this game favors the Ravens by 6 ½ points. That seems a bit high for me, as this rivalry has been so close over the years.

Under John Harbaugh, the Ravens are 7-6 in games before their bye and 14-12 against the Bengals. I wouldn’t say this game is a coin flip and the Ravens should be favored, but I also expect it to be decided by seven points or less.