Next Game Up: Chargers Come to Town 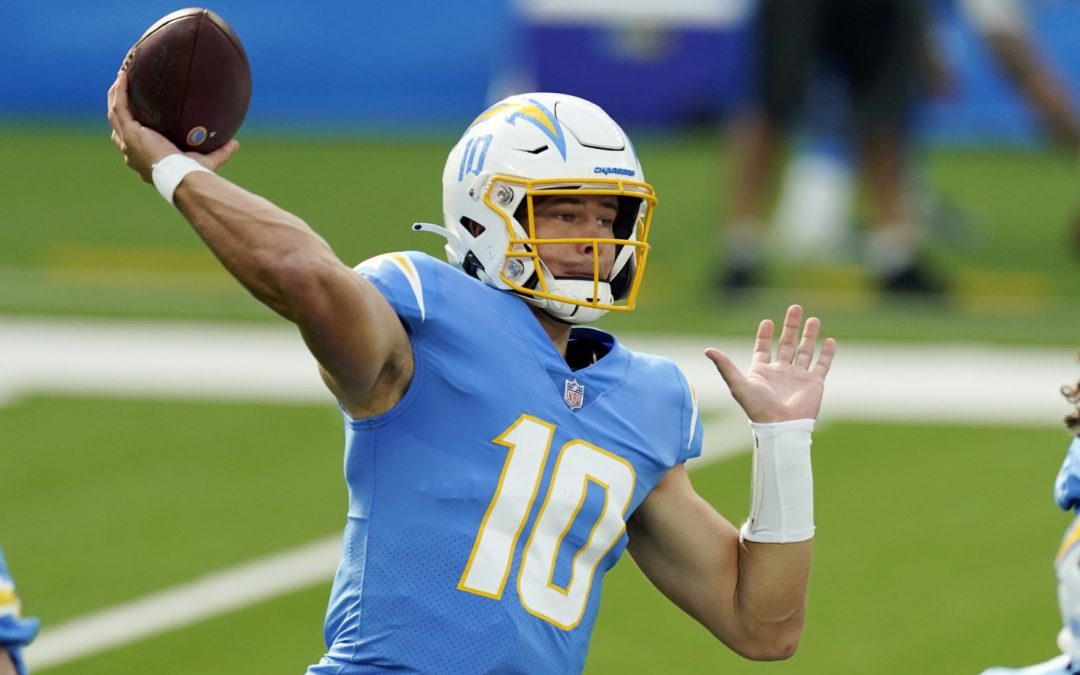 Are you not entertained?!

Has there ever been a more exciting start to a Ravens season than this one? Between the riveting primetime games and the way in which the team has not just won, but rallied and galvanized, has been truly amazing.

Last Monday night, Baltimore’s offense couldn’t get out of first gear in the first half. But in the second half, the Ravens’ offense was spectacular. As great as Lamar Jackson was—and he was great—the offensive line was outstanding, too. Mark Andrews was unguardable, the running backs were exactly where they needed to be, and Hollywood Brown would’ve gone for 500 yards if the game kept going.

As thrilling as that win was (against a team that is better than their record suggests), there’s no time to waste this week, as the 4-1 Chargers come to town.

Before we get into the breakdown of this game, let’s take a brief look back at the last time the Chargers played in Baltimore.

On January 6th, 2019, Lamar Jackson started his first NFL playoff game. It did not go well. He fumbled three times, losing one, and threw an interception. He never looked comfortable, due in large part to Los Angeles’ swarming defense.

While Jackson has improved immensely since then, I guarantee that game will be a talking point around 1 Winning Drive all week. Jackson probably won’t say it, but you can imagine how motivated he is to have a strong performance this Sunday.

Speaking of which, here are my three keys to victory for the Ravens this week.

Remember when Tom Brady used to have “Find 20” on his wristband, as a reminder to know where Ed Reed was lined up before each play? Jackson and the Ravens ought to be just as aware of Chargers safety Derwin James this Sunday. The former All-Pro is in his prime and is the leader of the 7th-best pass defense in the league. Rest assured James and Co. will have taken scrupulous notes on how Andrews ate up the middle of the Colts defense last Monday night.

Can Rashod Bateman make his debut? Can Hollywood Brown continue his hot streak? Can Devin Duvernay and James Proche continue to stay locked in and ready to perform, no matter when they’re number is called. If so, that will, to some extent, neutralize James’ impact.

Play to your strengths

As we know, Baltimore prides itself on being a physical team, especially in the run game. The good news for them is that Los Angeles enters this game ranked last in rush defense, giving up an average of 157.6 yards per game. Led by Jackson and Latavius Murray, and despite numerous injuries along the offensive line, Baltimore’s running game has held strong and churned out 148.8 yards per game this season. Like when they played the Chiefs, a strong, steady running game will help you by keeping the opposing star quarterback off the field.

Yes, Jackson has thrown for 758 yards, 5 touchdowns and zero interceptions in his last two games. He can very well win this game by passing. However, keeping L.A. honest and punishing them on the ground can only help Baltimore’s cause.

There are seven 4-1 teams in the NFL, and two of them will face off in this game. Both the Ravens and Chargers have ever-ascending quarterbacks, dynamic safeties, exceptional head coaches and numerous playmakers on both sides of the ball.

While there’s a lot of similarities between these two teams, one key area where they are not close is special teams. According to Football Outsiders, the Ravens rank 2nd in special teams and the Chargers rank 29th.

We know how electric Justin Tucker can be, and those that pay attention have noticed how productive Devin Duvernay’s returns have been. The 2nd-year wideout ranked as the top punt returner in the NFL (17.2 yards per return). Given Chargers punter Ty Long averages 46.1 yards per punt, that leaves a net average change of only 28.9 yards. Keeping that net difference under 30 yards will go a long way to ensure a Ravens victory this Sunday afternoon.

All signs point to this being an even game. Both teams are coming off draining, come-from-behind wins in their previous game.

In games like this where it’s tough to predict a winner with confidence, I’ll usually go with the x-factor, and right now no one in the league is more dangerous to the opposition than Lamar Jackson.