Next Game Up: Ravens at Jaguars 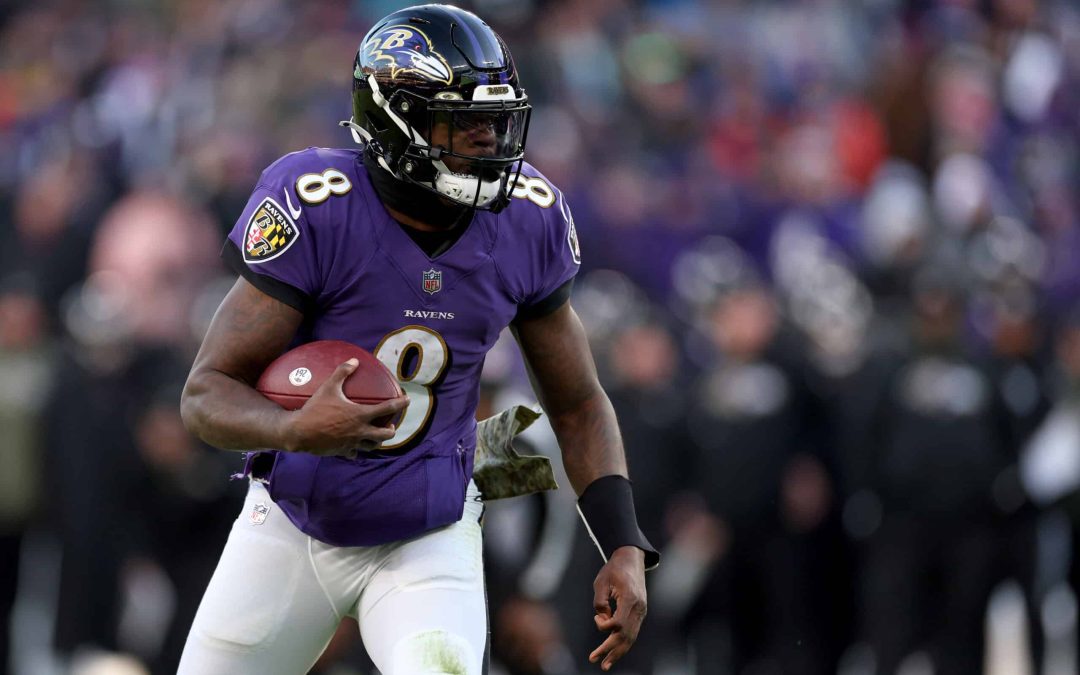 This Sunday, as you settle in with some leftovers, you’ll be in store for a sneaky good game between the Ravens and the Jaguars. Baltimore heads to Jacksonville this week in hopes of improving on their 4-1 road record (tied for best in the NFL). The Ravens are coming off a gritty but too-close victory over the Panthers, which is notable because the Jaguars present a similar challenge.

Jacksonville is the only team in the NFL that has a losing record but a positive point differential. They keep things closer than you’d think they would, but so does Baltimore. The Ravens rank 1st  in special teams DVOA and 2nd in turnover differential (+9).

Both teams have good coaches and good players, but the Ravens have put their pieces together more consistently than the Jaguars. Will this Sunday be more of the same?

Here are three ways Baltimore can leave Jacksonville with a win and put significant distance between themselves and the rest of the AFC North.

Keep the pressure on

Over their last four games, the Ravens are 4-0 and have allowed an average of 14.5 points per game. Granted, three of those games have come against the NFC South, but that’s quite an accomplishment, nonetheless.

Fortunately for Jacksonville, they’ve been able to protect Trevor Lawrence extremely well. The Jaguars are ranked 5th in the league for least sacks allowed (17). With Baltimore’s linebackers playing amazing and with the impending return of David Ojabo, 3rd downs and passing situations between Jacksonville’s offense and Baltimore’s defense will be fascinating to watch this Sunday afternoon.

Let Lamar cook. His confidence isn’t an issue, but if he can get going and execute big plays at a higher rate than he has been lately, that’ll only help the offense as a whole and keep Jacksonville’s pass rush off the field.

How do you feed Lamar? Let the dogs loose. Open the playbook. All the way. Whatever it takes. If Baltimore plays it safe offensively, it will only assist Jacksonville in remaining competitive.

Speaking of Lamar running the ball, this game is a big chance for him to get right. For his career, he’s averaging 6.1 yards per carry, however, he’s failed to reach that mark in three of his last four games. He hasn’t scored a rushing touchdown since Week 3. I wouldn’t say Ravens fans should be concerned, but all this is worth noting as Jackson is clearly capable of so much more.

I’m not even blaming anybody, but I think this game presents the perfect opportunity to re-visit the part of the offense that focuses on putting Lamar in space. The Ravens’ offense has all the tools to get the Jaguar’s defense out of what it wants to do. I hope they go big on Sunday.

Jackson has been sacked three times in each of Baltimore’s last four games. Whether it’s an issue of receivers not getting open, Jackson not adjusting protections, the offensive line breaking down, or all of the above, this is becoming a problem.

The problem is two-fold: 1) Jackson needs to be healthy if the Ravens want to make a deep playoff run. I like Tyler Huntley, but he’s not Lamar Jackson. 2) Down and distance is adversely affected when teams take sacks. Greg Roman is then limited in what he can call with any measure of confidence.

Baltimore has its hands full this week as they face edge rushers Josh Allen and No. 1 overall pick Travon Walker. The Jaguars pass rush is only ranked 30th in the league in sacks (16), but the talent they have at their disposal always poses a threat. Rookie Inside linebacker Devin Lloyd may not rush the passer as much, but he’s been outstanding, totaling 72 tackles, 7 passes defensed, 2 interceptions, and 2 fumble recoveries already this season.

The line for this week’s game seems right (Ravens -4, o/u 45 1/2), though it’s a little too small in my opinion. I feel like the line should favor the Ravens by 6 1/2 points, but considering their offensive struggles versus Carolina, I can see why oddsmakers set the line they did.

Weather in Jacksonville Sunday looks to be fairly mild. The temperature should be in the low 70s at kickoff, and there’s a slight chance of showers early Sunday morning. All in all, neither team’s offensive scheme should be affected.