Next Game Up: Ravens at Patriots 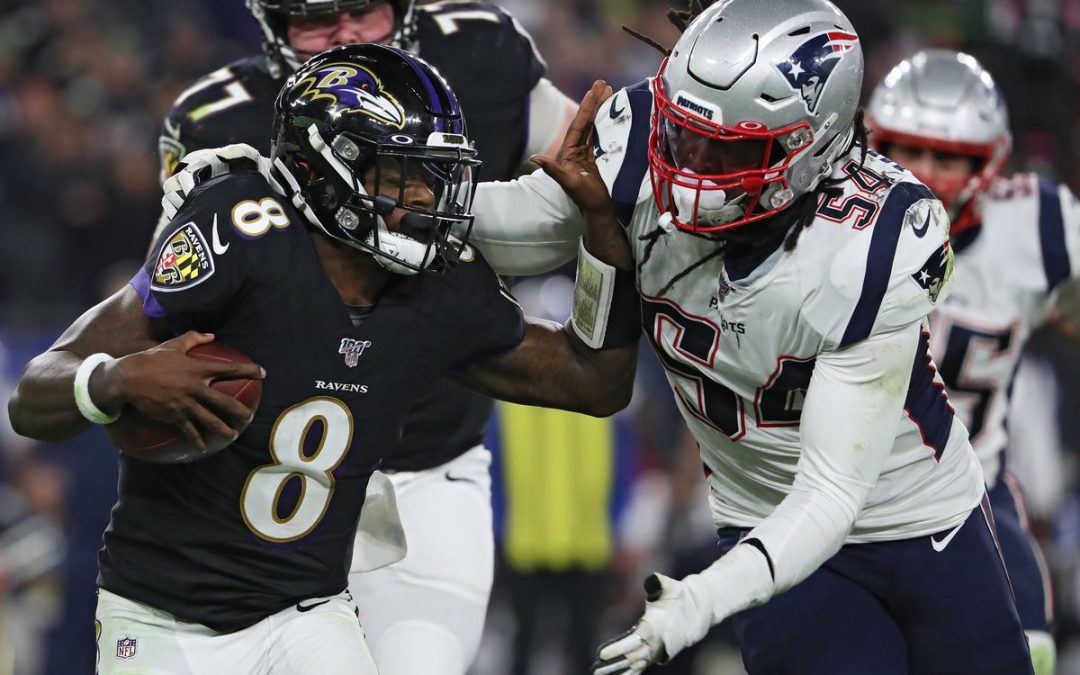 The way last week ended was painful. Shocking. Dumbfounding. Historically bad. How on earth do you let the fastest receiver in the league run free against single coverage? How do you allow 28 points in one quarter? I don’t care who it is. That should never happen.

The good news is Week 3 is here. The Patriots are next, and their offense is, perhaps, the inverse of Miami’s offense. Run heavy, more traditional sets, less lateral schemes leading to defensive overextension.

This game won’t be easy, though. New England just went into Pittsburgh and came away with a victory. They need to win to keep pace in their division, as Buffalo and Miami are both 2-0. Baltimore has the potential to take over first place in their division. Cleveland and Pittsburgh play on a short week (Thursday Night Football), and the Bengals, at 0-2, have to go on the road to a surprisingly potent Jets team.

In other words, as repulsive the result of last week’s game was, this week presents an amazing opportunity to rebound and claim first place in the always-competitive AFC North. Here are three ways they can make that a reality.

Rashod Bateman has had a very good start to his 2022 season. He’s scored in both games and is averaging 28.3 yards per reception. He’s already 32 percent of the way to his 2021 receiving total and has nearly tripled his yards per reception average from last year He and Lamar are completely in sync; proof that their offseason work has paid immediate dividends.

Going forward, teams will seek to adjust, but in so doing will be susceptible to giving Mark Andrews greater space in zone or single coverage in man. So even if Bateman doesn’t sustain his current torrid pace, persistent targets will still enable the Ravens offense as a whole to remain highly effective.

Going back to the beginning of 2021, the Ravens have averaged exactly 2.0 sacks per game. While pressures and quarterback hits are still effective, the Ravens have to increase their pass rush success. They just have to.

Don’t take this the wrong way, but I don’t care who’s hurt. Of course, I wish them full and fast recovery, but this is football. You need to get the job done no matter who is available. That’s the goal, period.

What will help Baltimore’s cause is tight coverage against New England’s receivers. As previously stated, the Ravens will have their hands full defending the run and subsequent play action passes. While the Ravens have the personnel advantage, they will need to swiftly smooth over their secondary communication flaws. If not, the Ravens could very well pressure Jones but still allow big plays downfield.

Regardless of the team you play, controlling the clock gives you a considerable advantage. The more you have the ball, the more you can dictate tempo and the more fatigued the opposing defense will be. Pretty simple.

However, due to the Ravens’ poor running back play, they’re operating at a deficit in the time of possession department. The Ravens rank 28th in football (26:21 per game), while last season they finished ranked 3rd (32:12). Even with so many injuries last year, Baltimore was still able to sustain possession more than their opponents. To have such a drop-off so early is plainly inexcusable.

Knowing New England favors a run-heavy offense, it would behoove Baltimore to focus this week on initiating a ball-control scheme. That’ll do two things: force the Patriots out of their comfort zone on defense and allow the Ravens to address fundamental issues plaguing their run game.

It may be boring at times, but it’s necessary. Next week, the Bills come to town. Wouldn’t it be nice to go into that game just having come off a performance in which you dictate to the opposing offense? I think so.

It seems like Baltimore being favored by three points is small enough of a number to make me comfortable with laying the points. The Ravens looked horrible on defense last week, but the Patriots don’t have near the threats the Dolphins have, plus New England didn’t exactly set the world on fire, either.

This game shouldn’t be close, but what I saw from Baltimore last week gives me enough pause to think about the Patriots possibly winning outright. In the end, I think the Ravens take it, but I think it’s close. I’ll lay the points and (barely) take the over (43).