NFL Full Steam Ahead During Pandemic 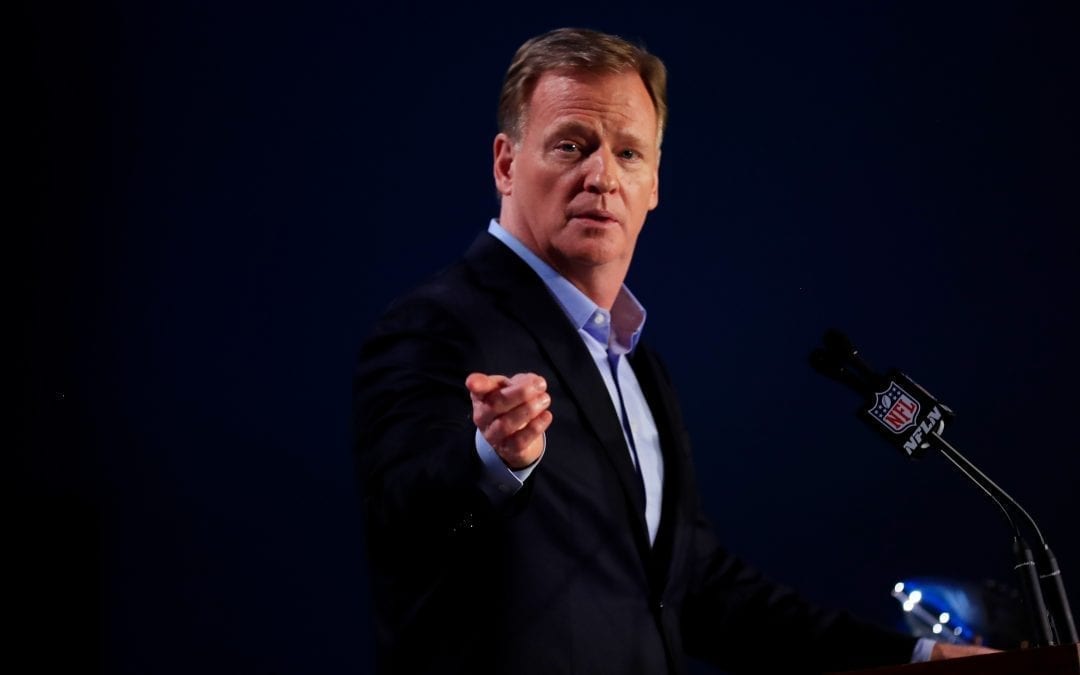 College football is on the brink of being shut down completely. The Big Ten conference postponed all fall sports on Tuesday, following in the footsteps of the MAC and the Mountain West. About an hour after the Big Ten news broke, the PAC-12 announced its own press conference to postpone its sports as well. It seems like it could be only a matter of time before the rest of the Power Five conferences follow suit. Maybe the SEC and the Big 12 will hold tight and play on, but college football will look completely different than it ever has before.

But canceling the NFL season isn’t on anybody’s mind at the moment, and even though much of the MLB season has been a disaster when dealing with the COVID-19 pandemic, the NBA and the NHL seem to have found a way to make their truncated seasons happen.

The NFL should as well.

For one, these are professional athletes, paid millions of dollars to play. Missing out on a year’s worth of compensation will make anybody think twice about whether he should opt out of the season. The vast majority of college football players are playing for a scholarship or for the glory of competing at the collegiate level. They’re not getting paid, and frankly, it’s unfair that the NCAA and college presidents would make them risk getting a potential life-threatening illness that the world’s scientists and doctors still don’t completely understand so that college football programs and conferences can make tons of cash on the backs of their unpaid labor.

So, I understand why college football should be canceled. And I understand why NFL players like Patriots linebacker Dont’a Hightower, Jets linebacker C.J. Mosley, and more than six dozen others won’t participate this season. They have to worry about their families and their own future health. If you’ve got $20 million or more in the bank, there’s not much sense in risking it all for a few million more during these unprecedented times if you’re worried about your safety.

Still, the NFL season drives forward. That’s even though more than 160 players and three head coaches (Sean Payton, Doug Pederson and Anthony Lynn) have already been diagnosed with the coronavirus and even though there will almost surely be more who become infected during training camp.

There won’t be college football. But there will be NFL football. Even if it not everybody will remain completely healthy.

“We expect to have positive cases,” NFL chief medical officer Dr. Allen Sills told NPR. “No matter how careful that we try to be and how many protocols we have in place, we know that this disease remains endemic in our societies and our communities and it’s highly contagious. … We’re all going to have to try to learn to live with this virus in a sense, because we don’t think it’s going away anytime soon.”

No, it’s not. But the league is trying to figure out how to minimize risks. It’ll install an extensive testing system. It’s developing a special face and mouth shield to protect players from their peers’ respiratory droplets.

But there won’t be a bubble, like the NBA, the UFC and various boxing promotions have used to success. Major League Baseball doesn’t have a bubble either, and some of the consequences have been severe.

“What we ultimately settled on is what we’re calling a ‘virtual football bubble,’ which means that, yes, teams are in their own home markets. And yes, players, coaches and staff can stay at their own homes,” Sills said. “But when everyone is at the facility, they’re under a very careful set of protocols. They’re under a number of measures that we’ve put in place. And then we’re asking them essentially when they’re not at the team environment to mostly stay at home, if you will. But when they go out to observe all of the best precautions that we can recommend, which means avoiding large gatherings, avoiding crowds, making sure they’re doing masks and all of the other measures that we know that work.”

The NFL went with that approach because the league thought it was the best compromise of risk mitigation and for allowing players to live their lives somewhat normally for the next six months.

Ultimately, players can’t socially distance during a game. They’re going to be breathing and sweating and bleeding all over each other. It’ll add a little more peril to an already dangerous game. But these are adults, and they’re being well compensated.

I’m on board with college football being shuttered this year. That makes sense to me. But the NFL is a different story with different circumstances. These are all adults. They can make their own choices. Whether playing an NFL season is a good idea is anybody’s guess. But it’s happening one way or the other. I’m sure most of us will be watching.

Dwayne vs. Alex: With the news that Alex Smith, who suffered what appeared to be a career-ending compound fracture in his right leg 21 months ago, will try to win the Washington quarterback job, Dwayne Haskins, who had an up-and-down performance during his rookie year in 2019, is happy to welcome him back to the quarterback room. “I hope he gets back to full 100 percent health,” Haskins said. “Whoever is in the quarterback room, I have to compete with, and even though he’s not really practicing with the offense, he’s still working hard, and even if we get to run against each other in competition and drills, I’m trying to make sure he gets me better and I get him better. We look at Alex as somebody who’s a mentor in the room that can help us every day as far as getting ready for who we’re playing each week and who we’re getting ready for next week.”

Turn out the Neon Deion light: If you liked watching Deion Sanders on Sunday nights on the NFL Network, you’re going to be disappointed with this news: Sanders has leftthe network over an apparent contract disagreement. His latest contract had officially ended, and the New York Post reported that the network wanted the Hall of Fame cornerback to take a pay cut. Sanders apparently was disagreeable to that idea. Now, he’s headed to Barstool Sports.

Are you ready for some Saturday night football?: With much of the college football schedule squelched for 2020, don’t be surprised if the NFL takes over some of those Saturday time slots. According to Pro Football Talk, the league likely will switch some of its games to the traditional day for college football. Wrote Mike Florio, “The easiest approach would be to treat each Saturday like the late-season tripleheader the league staged in 2019, with a game at 1:00 p.m., 4:30 p.m., and 8:15 p.m. ET. That would trim the Sunday slate by three games each week.” It also means fans could watch NFL games on Thursday, Saturday, Sunday and Monday in 2020. That certainly would be one way to spend your time during the COVID-19 quarantine.