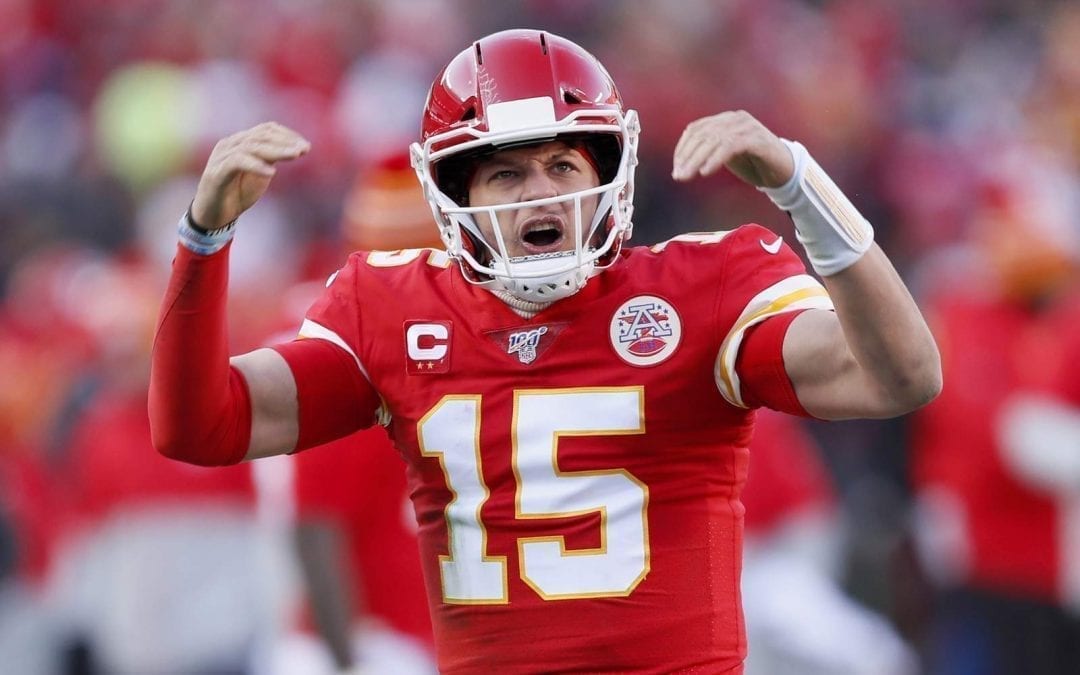 I’ve made my peace with certain things during the coronavirus shutdown.

The Lakers are finally good again, but it’s very possible that the NBA won’t be able to resume the season. The Dodgers traded for Mookie Betts, and yet there’s a decent chance that he will never put on an L.A. in a game that counts. Oh, well.

The NFL is still giving us hope. That’s the positive part of the league not really starting until the late summer. We haven’t crossed the threshold into pessimism yet. New treatments could be available by then. Testing might improve.

The league even went ahead and released dates for its preseason games on Friday. So, for now, let’s continue to behave as though all is well, until we are given a reason to feel differently.

1) Chiefs — I adhere to a simple rule: The defending champions get the initial top spot in these rankings, no exceptions. And they’ve given us no reason to believe they won’t be right in the mix for the Lombardi Trophy. Patrick Mahomes is back and still hasn’t been paid his expected mega-contract yet, so the team can still make moves. They also were able to add a stud running back Clyde Edwards-Hellaire — who NFL Network’s Daniel Jeremiah compared to Priest Holmes — in the first round of the draft. Sure, they might suffer from a Super Bowl hangover, but for now, they get the benefit of the doubt.

2) Ravens — As good as this team was during the regular season, it’s not out of bounds to say there’s a little reason for concern. There’s plenty of film out on Lamar Jackson now and what the Titans did to this team in the playoffs might have given opponents a blueprint of how to keep the ball out of the dynamic quarterback’s hands. Then again, how many teams can actually pull off what Tennessee did? Not many.

3) Saints — They still have a loaded roster. Drew Brees probably doesn’t have the athletic ability he did a decade ago, but what he has is good enough. Their defense is still nasty. And while this team has been repeatedly kicked in the groin in the postseason the last few years, one has to believe their time to get a break is coming. Might just be this season.

4) 49ers — They led for most of the Super Bowl before coughing up a 10-point lead in the fourth quarter. Head coach Kyle Shanahan says he doesn’t feel particularly bad about that compared to when he was the offensive coordinator for the Falcons team that blew a 28-3 lead to the Patriots in Super Bowl LI. “It wasn’t like we blew anything. [The Chiefs] converted a third-and-long, and we didn’t,” Shanahan said. Fair enough. But it’s easy to say you’re moving on, it’s another to actually pull it off. Super Bowl losses tend to linger — a la the Rams in 2019 — and while there is still enough talent here for this team to contend, it’s fair to wonder if there will be a letdown. Oh, and openly courting Tom Brady in the offseason while you still have Jimmy Garoppolo on the roster can’t help matters. How will the latter rebound?

5) Cowboys: Hot take alert! Not to get all Skip Bayless on you, but for a team that finished 8-8 last year, things are definitely looking up. You can’t argue with their draft results, especially with first-round draft pick CeeDee Lamb, who adds another weapon to the team’s stacked receiving corps. But it’s not just me with rose-colored glasses on. Vegas is up all up in its feels with the Cowboys as just five teams have better Super Bowl odds. What’s more, Dak Prescott, who despite being in limbo with his contract status, is among the favorites to be named MVP.

6) Bills: This is their year. Tom Brady is gone. The Patriots are wading into uncharted waters with their quarterback situation. And Buffalo is coming off a 10-6 season and a playoff appearance. Now, the cynic in me wouldn’t be surprised if this team took an inexplicable step back, but let’s not go there. QB Josh Allen has gone from a risky project as a rookie in 2018, to someone who can be counted on to lead a team. And the Bills added proven WR Stefon Diggs to the mix.

7) Buccaneers: Speaking of Tom Brady … man, it’s still weird to think he won’t be in a Patriots uniform come the fall. But he’s got the weapons at wide receiver. His tight end options are elite in Cameron Brate, Rob Gronkowski and O.J. Howard, assuming they keep all three. While their defense gave up some points last year, advance metrics put them near the top of the league. After all, it’s difficult to keep a team from scoring if your quarterback (Jameis Winston) throws 30 interceptions. If Tom still has enough left in the tank, it should be a fun season for Tampa fans.

8) Packers: Sometimes, I don’t understand the need for the national media to dogpile on a team. Let’s see if I remember correctly: The Packers went 13-3 in 2019 and were a win from the Super Bowl. Granted, they got curb-stomped by the 49ers in the NFC championship game and for whatever reason, decided to take QB Jordan Love with their first-round pick this year. But does that mean we should all be dumping our Green Bay stock? No way.

9) Titans: Another team that reached a conference championship and isn’t getting much respect. Maybe it’s because they gave Ryan Tannehill a ton of money. Maybe they believe Derrick Henry’s usage rate will cause him to hit a wall. Either way, this team should be right there come playoff time.

10) Seahawks: They probably should be higher on this list, despite being in a scary division. But they still have Russell Wilson, who amazingly, has never received a single vote for MVP. Pardon me, but that is absolute garbage. Voters need to do better.

People love to pick the games to watch when the NFL releases the regular season schedule. It’s a difficult decision to make because at this point of the calendar, every regular season looks a little compelling. But, here are a few that caught my eye.

Yes, I am a Rams fan, but that doesn’t matter. In a Sunday night showdown, L.A. will make its debut at SoFi Stadium, the $5 billion wonder that will presumably be ready. But even assuming that it will be good to go, who knows if California will allow sporting events to take place by then. But that’s a different story for a different column. As long as everything is A-OK, this one should be a doozy … and we get to see the Rams’ snazzy new uniforms!

The top two teams in the AFC face off in a Monday night extravaganza. The execs over at ESPN must be overjoyed. It’s not often they get two elite teams in one game.

We have one definite Super Bowl contender (Baltimore) in this game. The Eagles are still somewhat of a mystery, but I like their chances in 2020.

Remember when New England had Jets QB Sam Darnold seeing ghosts last season during a primetime game? Sammy gets a chance at primetime redemption during this Monday night tilt.

Unlike last season, Tampa Bay gets more shots at nationally televised games and this one should be entertaining. This could be a game that whichever team has the ball last wins.

Patrick Mahomes and Tom Brady once stood in each other’s path to the Super Bowl. Now, they could potentially meet there and skip all the middle steps. And of course, just like it has always been in Brady’s career, he gets a tough game at home.

Some people believe Miami won’t let Tua Tagovailoa play this season. Those people are stupid. Here’s hoping we see a battle between Joe Burrow and Tua, the top two quarterbacks taken in in the draft.