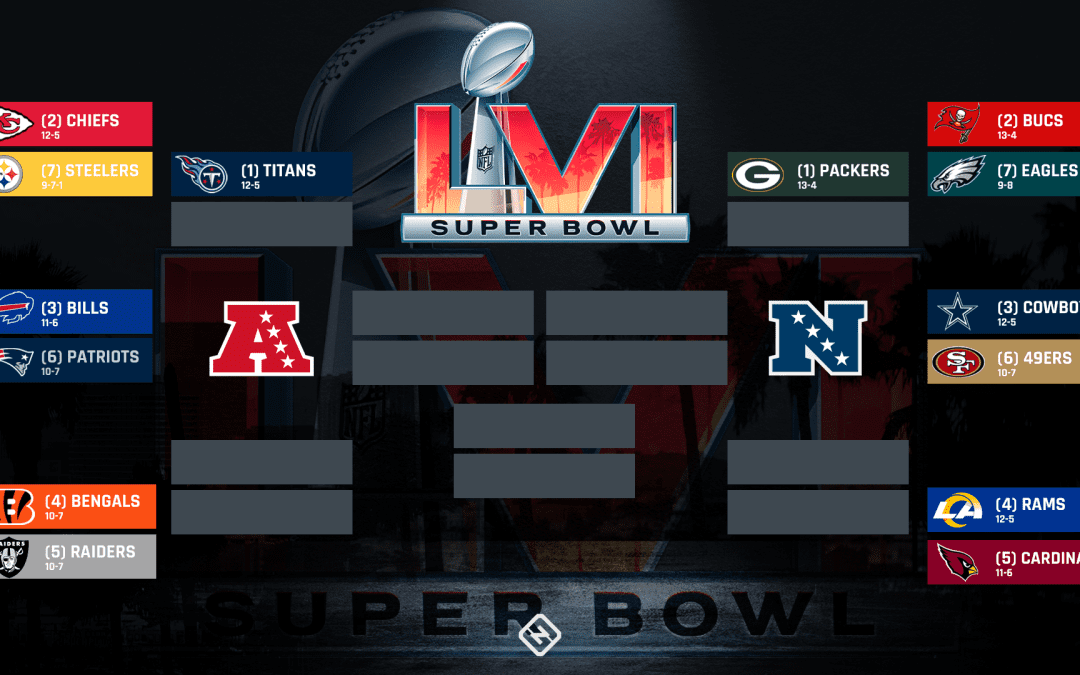 The final two NFL postseason berths came down to the final play of the final game of an extended season and delivered one of the wildest finishes to a regular season in recent memory.

The Raiders and Steelers are in. The Chargers are out.

The Colts failed to secure their postseason spot by losing to the team that is currency on the clock for the upcoming 2022 NFL Draft.

The 49ers decision to stick with Jimmy Garoppolo resulted in a return trip to the playoffs with a dramatic comeback win over the NFC West champions.

If the playoffs wind up being half this entertaining, then we are all in for a ton of great football this NFL postseason.

Black Monday hit a handful of coaches hard on Monday and Tuesday. Some of which we expected, with Matt Nagy in particular finally watching his disappointing four year tenure in the windy city come to an uninspiring end.

Joe Judge may have sealed his own fate by calling a QB sneak on 3rd & 9 inside his own 10-yard line when trailing by 3 points with 5 minutes remaining in the second quarter. Judge marks the fourth Head Coach (interim included) the team has seen since 2016.

However, if there is one name that you can argue that doesn’t belong on this list it’s Brian Flores. After a dreadful 1-7 start to the season, Flores helped steady the ship, got his players to buy-in and made an incredible playoff push by winning 8-out-of-his-last-9 games to finish the season at 9-8.

Unfortunately, the Dolphins didn’t take his strong finish into consideration and decided to go in a different direction.

Raiders-Bengals
The fact the Las Vegas Raiders are even playing this upcoming weekend is a testament to how resilient this team has been in 2021. Despite the departures of former Head Coach Jon Gruden and Wide Receiver, Henry Ruggs III for vastly different reasons, the Raiders grinded their way into their first postseason berth since 2016. A season where Derek Carr was unavailable for their Wild Card round loss to the Houston Texans. Now, Carr will be making his playoff debut against another QB who is playing in his first playoff game, Joe Burrow of the Cincinnati Bengals. An offense that features one of the most high powered pass catching units in the NFL, led by the dynamic rookie out of LSU, Ja’Marr Chase. Neither team has advanced past the Wild Card Round in 19 years.

Patriots-Bills
This AFC East rubber showdown should be one of the most interesting matchups of the weekend slate. The Bills and Patriots split the season series, with the Bills winning their most recent encounter to help secure the division crown. And while Allen may have bested the Pats defense back on December 26th, he has been very inconsistent against Bill Belichick’s defensive unit during his career. If Allen can put his division rivals away once and for all this season, it may just be the catalyst to help ignite the Bills towards a Super Bowl run. However, no one in NFL history has come up with more game plans to frustrate high profile signal callers in playoff moments than Bill Belichick. This one should be fun.

Eagles-Buccaneers
The Tampa Bay Buccaneers officially begin their bid to win back-to-back Super Bowls with a Week 6 rematch against the Philadelphia Eagles. A game where the defense held Jalen Hurts to a putrid 115 yards through the air. However, the Bucs no longer have the services of Chris Godwin and Antonio Brown, who combined for 14 receptions, 136 yards and a touchdown back in Week 6, to help Brady dissect this secondary like he did back on October 14th. The Bucs are expected to get back a host of impact players back for the start of the postseason (Leonard Fournette, Lavonte David, Jason Pierre-Paul and Shaq Barrett) just in time to make a run at 3rd Lombardi trophy for the Bucs franchise.

49ers-Cowboys
This game is a dangerous one for the resurgent Cowboys. Sure, Dak Prescott and the Cowboys cruised to the NFC East crown and beat up on their division counterparts 4-out-of-the-last-5 weeks of the season, but the Cowboys haven’t exactly looked great against quality opponents this season. On the flip side, the 49ers managed to survive the gauntlet of the NFC West and had to knock off the Los Angeles Rams in overtime just to secure a postseason berth. The 49ers will present one of the biggest challenges on the ground the team has faced all season, and features one of the best all purpose weapons in the league with Deebo Samuel. This game may not feature the legends of the old 90s rivalry, but I would not be shocked if the winner of this game ends up representing the NFC in the Super Bowl.

Steelers-Chiefs
The Pittsburgh Steelers were the biggest beneficiary of the season finale drama. The Colts’ collapse against the Jacksonville Jaguars and the Raiders decision not to play for the tie resulted in a postseason berth for the Steelers. Meaning Ben Roethlisberger will have one more chance to deliver some postseason magic. Unfortunately for the Steelers, their first test will be the defending AFC Champion Kansas City Chiefs, who absolutely dismantled the Steelers less than a month ago at Arrowhead Stadium. Although, one big difference this time around is that T.J. Watt is much healthier than their previous encounter and could make life a bit more difficult on Patrick Mahomes. Will Big Ben’s career come to an end this upcoming Sunday? Or will the Steelers upset the Chiefs on their home turf? We’ll get that answer on Sunday night.

Cardinals-Rams
I’m not sure if we can even call this round ‘Wild Card Weekend’ anymore… given that the Cardinals and Rams will be doing battle at SoFi Stadium on Monday evening. This game features another divisional matchup where the teams split the season series. Interestingly enough, both teams won a game on the other’s field. Kyler Murray and the Cardinals haven’t been quite the same team since they lost DeAndre Hopkins for the season. While the Rams offense has featured the triple crown winner at the Wide Receiver position, Cooper Kupp, who finished with the most receptions, receiving yards and receiving touchdowns in the league this season. The Rams will find out pretty quickly if their decision to push their chips to the center of the table to acquire QB Matthew Stafford will pay off. As the veteran signal caller has the opportunity to pick up his first career playoff win this upcoming Monday.