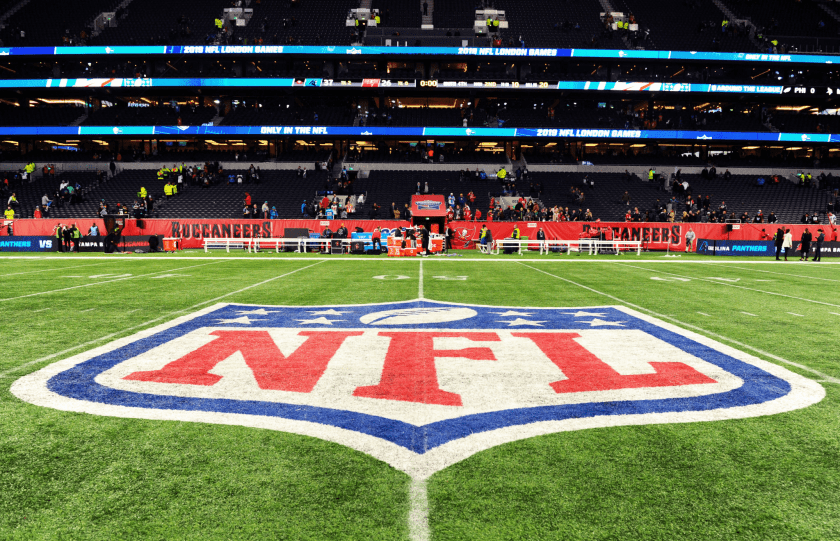 The ink is barely dry on the massive media rights deal inked Thursday between the NFL and ABC/ESPN, CBS, Fox, NBC and Amazon, but it’s not too soon to look at the big picture and ramifications from the contracts.

Here are three takeaways from the pact, which runs through the 2033 season, and a modest suggestion:

That said, the league recognized that it can’t quit broadcast television. Not yet.

To wit, ESPN got its long sought-after shot at a Super Bowl, but only through the auspices of its broadcast sibling, ABC. The Worldwide Leader may be the behemoth of cable television and its ESPN+ is a burgeoning force among streaming services, but ESPN wouldn’t have sniffed a Super Bowl without ABC.

And the networks will continue their symbiotic relationship with the NFL, tailoring their packages to their corporate needs. For instance, NBC, which has turned Sunday Night Football into the No.1 prime time show, arranged its Super Bowl bids to coincide with the years that it’s carrying the Winter Olympics, hoping to lure the football audience to sample luge, figure skating and, of course, curling.

CBS and Fox, meanwhile, have structured their respective AFC and NFC deals for their corporate purposes. CBS, for example, owns stations in seven of 16 AFC markets, including Baltimore. That means, the network not only gets to monetize the Sunday afternoon game telecasts, but all the ancillary team programming on those stations, so you can bet you’ll be seeing much more Ravens shows on WJZ going forward, even if WBAL is the official team station.

One big domino has already fallen, with now-former Saints quarterback Drew Brees joining NBC’s “Football Night in America” pre-game show. Unless NBC can get Peyton Manning to become color analyst on Sunday night, you have to figure Brees is on the pregame show until he’s ready to supplant Cris Collinsworth.

And speaking of a new “Sunday Night Football” booth, it’s probably not that far a stretch to figure that the pending 2021 season might be the swansong for play-by-play man Al Michaels.

The signs are certainly there. Michaels, who will be 77 in November, will mark his 36th season as the lead play-by-play voice of primetime football, dating back to his days on ABC’s “Monday Night Football.” His workload was scaled back a bit, due, in some part, to COVID, but, perhaps, a concession to his age.

NBC will air this year’s Super Bowl, to be played at the new Rams/Chargers stadium in Los Angeles, will take place near Michaels’ home. This Super Bowl telecast would be Michaels’ 11th, tying him with CBS/Fox’s Pat Summerall for most Super Bowls called as a play-by-play man.

Finally, Mike Tirico, brought over from ESPN to be supplant Bob Costas as the voice of NBC Sports, is waiting in the wings. He’s filled in for Michaels on Sunday and Thursday night telecasts, and the network could start the new NFL deal with a new Sunday night booth of Tirico and Brees.

Nantz reportedly wants to be paid as much as his NFL booth partner, former Dallas quarterback Tony Romo, who landed a deal paying more than $18 million a year. That’s an exorbitant number even for someone like Nantz, who is so clearly identified with CBS, having been there for more than 30 years.

With No. 2 announcer Ian Eagle recently inked to a new deal, CBS could let Nantz walk to ESPN, where he could take over Monday Night telecasts.

Amazon Prime Time for Gus?:  Hey Amazon. If you’re looking to make a splash for your new Thursday night package, which is likely to look like three-day old pizza, you could hardly do better than Fox’s Gus Johnson.

Johnson, currently Fox’s lead college football and basketball play-by-play man, has NFL experience from his days at CBS. He could make the Jaguars-Bengals contest you’re likely to get a steady diet of, seem like the fourth quarter of a tied Super Bowl.

If you can’t get Johnson, you could make a splash with a veteran female broadcaster like ESPN’s Pam Ward or Beth Mowins or Lisa Byington. In other words, do something to deliver some excitement to games that will probably be anything but exciting.