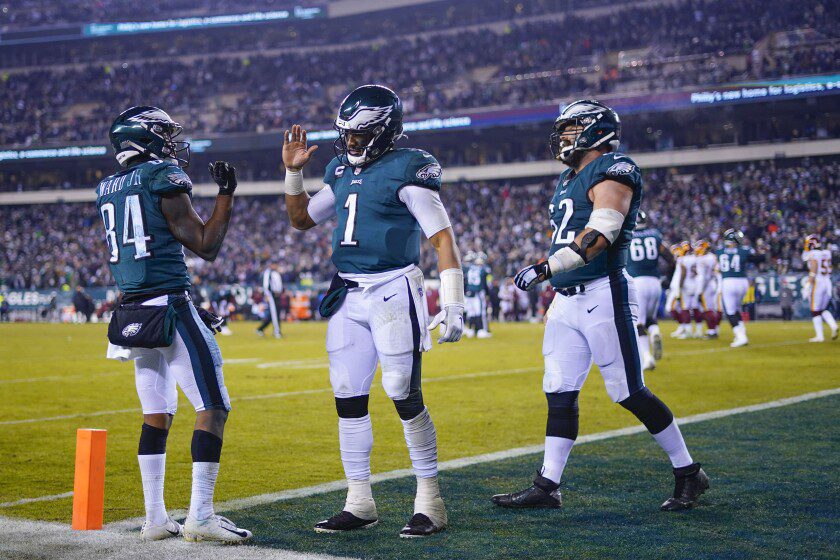 That is what you can find in Santa’s bag when looking back at a wild Week 15 of NFL action and looking ahead to a handful of games with playoff hopes hanging in the balance.

The New Orleans Saints did something to Tom Brady that hasn’t been done since 2006. Hold his team to a grand total of zero points. That’s right, the team that led the NFL in points per game heading into Week 15 put a goose egg up on the scoreboard. In what can only be described as a concerning loss for the defending Super Bowl champs. Keep in mind, Saints Head Coach Sean Payton was unavailable for this primetime showdown due to Covid-19, and the Bucs still got humiliated at Raymond James Stadium. To make matters worse, the Bucs lost WR Chris Godwin (torn ACL) for the remainder of the season and could potentially lose Leonard Fournette and Mike Evans for the next couple of weeks due to hamstring injuries suffered during Sunday’s shutout loss. It will be interesting to see how the Bucs offense operates when faced with their real bit of adversity during the Tom Brady era.

The Detroit Lions went from a team in serious danger of not winning a single game in 2021, to picking up their second straight win by dominating the team with the best record in the NFL. And while I could go on at length about how great of a coaching job Dan Campbell is doing in Detroit, the bigger takeaway involves the Arizona Cardinals. Kyler Murray struggled against one of the weakest secondaries in the league, the defense got torched by an undrafted rookie running back and have now lost two straight games after winning 10-of-their-12 to start the season. For the moment, Kliff Kingsbury’s squad still holds the top spot in the division and still have an outside shot to retake the top seed in the NFC if the Packers collapse down the stretch, but the Cards better right the ship quickly or they will find themselves playing on the road to start the NFL postseason.

Perhaps no team was hit harder by the recent Covid-19 outbreak throughout the NFL than the Cleveland Browns. Unfortunately, it probably cost them this game, and potentially the playoffs when the season is all said and done. Despite a valiant effort offensively without the services of Baker Mayfield and Jarvis Landry, the Browns still came up two points short against the Las Vegas Raiders. Suffering a heartbreaking loss courtesy Raiders kicker Daniel Carlson, who delivered the game winning kick 48-yard field goal as time expired. The Raiders stayed in the playoff picture for another week, while the Browns saw their postseason hopes take a big blow.

Covid-19 Concerns Across the League

Speaking of the Coronavirus, the NFL saw another wave of positive test results earlier this week. Since the beginning of last week, over 200 players have tested for Covid-19. To start this week, two pro bowlers from the Kansas City Chiefs offense, Travis Kelce and Tyreek Hill, were placed on the Covid-19 Reserve list.
However, the Chiefs weren’ the only AFC West team hit by the Coronavirus, as the Los Angeles Chargers are without  Joey Bosa, Corey Linsley and Austin Ekeler at the moment after testing positive for Covid-19. On Monday and Tuesday, a total of 72 players were placed on the Covid-19 Reserve list, which will surely impact a stacked slate for Week 16.

Believe it or not, if the playoffs were to start today, the Baltimore Ravens would be watching from home. Luckily for them, they still have three weeks to change that outcome. The status of Lamar Jackson looms large over this pivotal AFC North showdown. The performance of Ravens backup QB Tyler Huntley was admirable to say the least, but even his four total touchdown performance wasn’t enough to best the Green Bay Packers. Well, the road doesn’t get any easier for the Ravens in Week 16. They’ll face the team who handed them a 24-point loss at home back on October 24th, the Cincinnati Bengals. As Zac Taylor’s squad has an opportunity to take a commanding lead in the AFC North with a win on Sunday.

Speaking of the Packers, the stars appear to have aligned for Aaron Rodgers and the Pack to secure home field advantage. The Cardinals have lost two straight, the Bucs caught a nasty case of the injury bug and their final three opponents have a combined record of 16-21-1. However, the Browns are coming to Lambeau Field with their season on the line. If the Browns can steal a game from last year’s MVP in his house, it might just be the catalyst Cleveland needs to make one final run at the postseason.

Three. That is the total number of passes the New England Patriots attempted just two weeks ago when they defeated the Bills. Well, it’s put up or shut up time for Buffalo. If they win, they’ll pull even the Patriots in the division and drastically improve their chances of making it to the postseason. If they lose, they’ll likely need help to clinch a postseason berth and Bill Belichick will prove once again that he still owns the AFC East. One thing is for sure, it’s going to be a great weekend slate of NFL football this holiday weekend. So sit back, relax and enjoy watching some football with family and friends.From my family to yours, Happy Holidays.