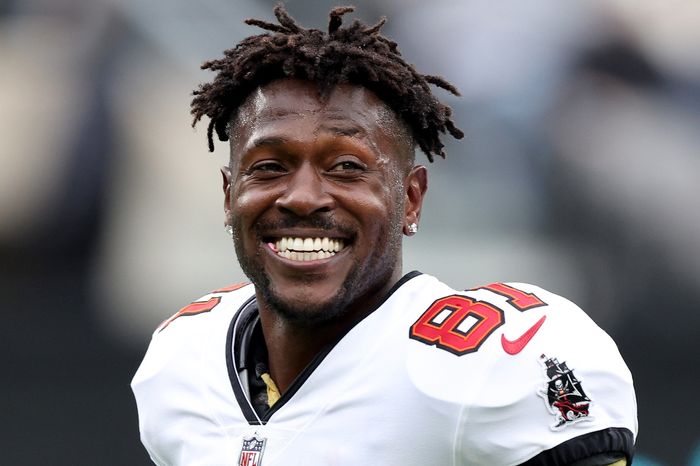 Close games, playoff berths and exceptional performances were just a few of the things you would find from Week 17 of NFL action. However, last week’s action is far more likely to be remembered by fans for two specific walk-off moments for the ages.

The Weirdest Thing I Have Ever Seen On a Football Field

It is nearly impossible to upstage the great Tom Brady when he delivers yet another legacy building moment at this point in his career, but Antonio Brown did just that on Sunday with the wildest exit from a football game I have ever seen.

After an altercation with Head Coach Bruce Arians on the Bucs sideline, Brown decided to quit his job in front of the 72,000+ fans in attendance and millions of viewers watching around the world. As the 33-year-old wide receiver decided to rip off his shoulder pads, gloves and shirt and walk-off the field for what is likely the last time in the National Football League.
Lost in all of the chaos was another moment of late game brilliance from Brady. Overcoming a 14-point deficit in the second half to register the 42nd fourth quarter comeback of his illustrious career.

An Appropriate Farewell in Pittsburgh

The final home game of Ben Roethlisberger’s storied 18-year career saw a handful of heartwarming moments between the fans and the veteran QB. As Big Ben went out a winner at Heinz Field with the masses chanting, “Thank you Ben!” in unison.  From his introduction, to his emotions during the national anthem and him pointing to the heavens after every touchdown, you couldn’t help but experience these emotions with him in what turned out to be an amazing sendoff for a future Hall of Famer.

Lost in translation is the fact that the Steelers kept their postseason hopes alive by exacting some revenge from last years postseason disappointment against the Browns. As the Steelers defense sacked Baker Mayfield nine times to remind everyone just how potent this defense can be with a healthy T.J. Watt.

A Look Ahead to the Season Finale

The NFL postseason still has three positions up for grabs (two in the AFC and one in the NFC), which brings the intrigue of win or go home scenarios for a handful of teams heading into Week 18.

The scenario is pretty simple for both teams. Win and you’re in. The Chargers bounced back from their putrid effort against the Texans to retake control of their own playoff destiny, only to run into a team that is also facing that same exact scenario. The Raiders have simply refused to quit and when you take into consideration that this team parted ways with their Head Coach, Jon Gruden, and released Henry Ruggs III in the middle of the season, you have to commend the Raiders ability to fight through a significant amount of adversity. The Raiders may get Pro Bowl Tight End Darren Waller back, who has missed the last 5 games due to injury, potentially helping the Raiders to get back to the postseason since 2016.

It has been tough to watch the injury plagued Ravens stumble towards the finish line in 2021. Lamar Jackson has missed the last three games with an ankle injury, and the Ravens are 0-3 during that span. This game also has the potential of being Roethlisberger’s NFL swan song. If this is it for Big Ben, it’s quite fitting that his final game would come against his division rival that helped build his legacy with countless memorable battles. Bottom line, both teams need a win and help from others in order to give themselves an outside shot at the postseason.