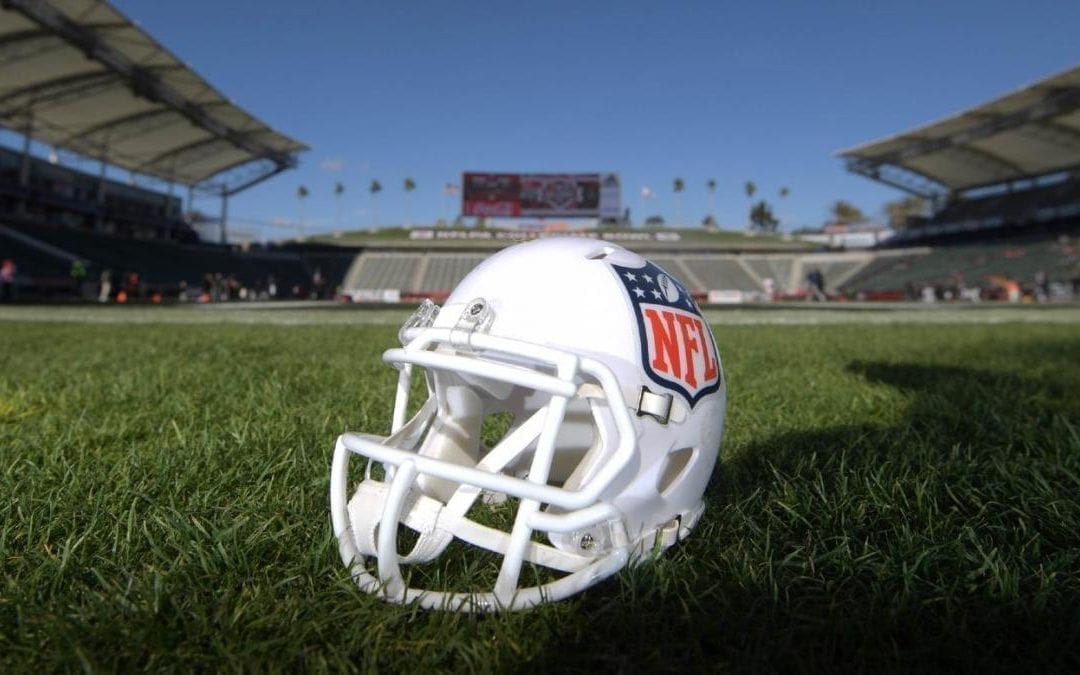 We’re still optimistic, right? NFL training camps have begun and we’re still on track to begin the regular season as scheduled. But some faces will be missing. And not because of injury.

In case you’ve been in a cave, with your eyes shut and your fingers in your ears (“Simpsons” reference), we’re six months into a pandemic that has shut down U.S. cities and caused a general malaise throughout the populace. Our lives are significantly different than they were on New Year’s Day, and there’s not much on the horizon to suggest things will be going back to normal soon.

The NFL has tried to continue with business as usual, but has hit some roadblocks. In-person OTAs were scrapped. The Hall of Fame game was called off. Then the preseason as a whole was axed. And as teams have come together, players and staff have started to test positive for the coronavirus. The league set up a special reserve/COVID-19 list for players that either tested positive or needed to quarantine because they were exposed to someone who had.

Then, there are those who chose football wasn’t the right move for them this year. Several players around the league (67 total) chose to opt-out of the 2020 season, some because they were at high risk to develop a serious illness, others for personal reasons.

Let me establish this: Any player or coach who decides not to expose themselves to the risk of catching COVID-19 should be respected for their choice. Maybe you’re someone who feels different. Maybe you would take that risk. That’s fine. But I would never besmirch someone for making their or their family’s health a top priority.

The NFL’s deadline for opting out of 2020 was on Thursday. Some teams got hit worse than others. Let’s break them down.

New England already dealt with some offseason free agency departures. Tom Brady took off for Tampa, while their defense lost LB Kyle Van Noy to the Dolphins and LB Jamie Collins and DT Danny Shelton to the Lions.

Then offensive tackle Marcus Cannon opted out. As did safety Patrick Chung. Maybe most significantly, Pro Bowl LB Dont’a Hightower decided he wasn’t going to play. That wasn’t all as RB Brandon Bolden and WR Marqise Lee were among the names on offense to withdraw.

Would you want to be Cam Newton right now? The poor guy signed on for what could be a season of redemption under Bill Belichick in New England and now he’s left with a roster that’s moth-eaten, at best. The Patriots struggled offensively last season, but their defense kept them in every game. Now that defense is a shell of itself. Unless we’re missing something, this season could get ugly.

Linebacker C.J. Mosley signed a 5-year, $85 million deal in New York before the 2019 season. He played in just two games before a lingering groin injury forced him to the injured reserve. Now, he’s decided to sit out 2020. The team already lost disgruntled safety Jamal Adams, who was recently traded to the Seahawks, and likely were counting on Mosley to be a leader on the field. That will have to wait until next season.

This team is still rebuilding, but if rookie QB Tua Tagovailoa ends up getting the starting nod, he won’t have as much depth at wide receiver, with Allen Hurns and Albert Wilson choosing to sit out 2020.

They’re riding high off their Super Bowl win, but a couple players won’t be there for the opening-night celebration. Guard Laurent Duvernay-Tardif was actually the first player in the league to opt out, and he’s decided to put his medical degree to good use. Bravo, sir! Running back Damien Williams also decided to come back in 2021. The Chiefs have so much depth offensively and are so dangerous in the passing game, they should be able to plug someone in at running back.

Aaron Rodgers just can’t buy a break. First, the Packers took a quarterback with their first-round pick instead of giving their quarterback more weapons. Then, the one receiver they did add this offseason — Devin Funchess — decided to not play football for “his own safety.” Can’t say I blame him. More on Rodgers later …

I’m high on Denver. Not literally. I know, legal weed, yadda yadda. Specifically, I’m excited to see what QB Drew Lock can accomplish in his second season after showing some promise at the end of 2019. The Broncos will have to come up with a solution as starting OT Ja’Wuan James won’t be suiting up in 2020. Protection is a must for young gunslingers, so let’s hope the team has a backup plan.

GETTING BACK TO MR. RODGERS …

Jay Glazer had some interesting comments in a mailbag he wrote for The Athletic regarding Aaron Rodgers’ suddenly tenuous future in Green Bay. Remember, this was a team that was in the NFC Championship Game last season and then made the curious decision to draft Jordan Love, thought by many to be somewhat of a project, with their first-round pick. What’s the deal?

“I don’t get the move, Glazer said. “The only thing I can see is he’s worn thin on them and they’re looking for the future.”

After all, Glazer points out, this isn’t like when the Packers drafted Rodgers when he tumbled down the first round and into their laps in 2005. The team traded up to get Love this year.

“Sometimes you just get fatigued with someone,” Glazer continued. “They might have Aaron Rodgers fatigue. I don’t know, that’s what happened with Odell Beckham and the Giants. That might be the case with Aaron over in Green Bay but you’d have to ask the Packers that question, not me.”

Glazer was stating his opinion, not reporting it as fact, but his thoughts are interesting. At face value, the Packers moving up to draft Jordan Love is an amazingly stupid move. Even if they were afraid that Love wouldn’t be available in the second round, why would you waste draft capital to take a quarterback that isn’t ready to start right away? And why on earth would you alienate your star quarterback while doing so?

Unless, you’re just over it. Sometimes that happens. We’ve all worked with someone who is undoubtedly talented and in a position of prominence, but at the same time, isn’t someone who brings a workplace together. Maybe they’re a bit aloof. Maybe they’re convinced of their own high intelligence, which I can assure you, is an off-putting character trait.

How about this: Maybe you’re a young head coach who won’t be able to make his mark on the team as a leader as long as he has one of the most respected names in the quarterbacking business possibly questioning or looking down on his every move. Not saying that’s happening in Green Bay, but is it that much of a stretch to imagine that being the case?

That being said, let’s look at it from Aaron’s perspective. He’s been in Wisconsin for 15 years, which is a long time to spend anywhere. Sure, you’re coming off an NFC title game appearance, but that ugly loss to the 49ers proved this team is more than just one or two pieces short of being a true Super Bowl contender. And with the Packers’ usual reticence to spend big in the free agent market, maybe it’s time for a change.

Would that be the worst thing? No way. Hell, Tom Brady left the Patriots for the Buccaneers. That means literally anyone can find a new home.

Respect a man with goals: Cardinals pass rusher Chandler Jones had 19 sacks last season, but feels like he can get more. In fact, his goal in 2020 is to break Michael Strahan’s single-season record of 22.5 sacks. That’s good, a man should set his mind on something that he wants. Of course, I would prefer players focus on winning instead of personal glory, but hey, that’s me. Ooooh! Sick burn! Hot take coming through!

Not sure about this guy: Do you get the feeling that Tom Brady isn’t taking COVID-19 seriously? First, he was caught working out in a park by himself when parks were supposed to be shut down. Then, he was organizing big passing workouts with his new Buccaneers teammates where it didn’t seem like a lot of social distancing was going on. Then he quoted FDR when asked by the coronavirus, saying the only thing we have to fear is fear itself. Then he topped it off this week by turning a COVID question into a diatribe about how he keeps himself in great shape. Hey, maybe that TB12 Method is better than I thought.

Empty stadiums: I’m a frequent visitor to Las Vegas and over the past couple of years I’ve watched with excitement as the Raiders’ new home, Allegiant Stadium, took shape on the west side of the 15 freeway. The team dropped the hammer this week: No fans will be allowed in the stadium this season. Bummer, dude. Sofi Stadium is just about done in Los Angeles, but it’s already been stated that they will have limited or no fans in the fall. Sigh. All good things to those who wait, I suppose.