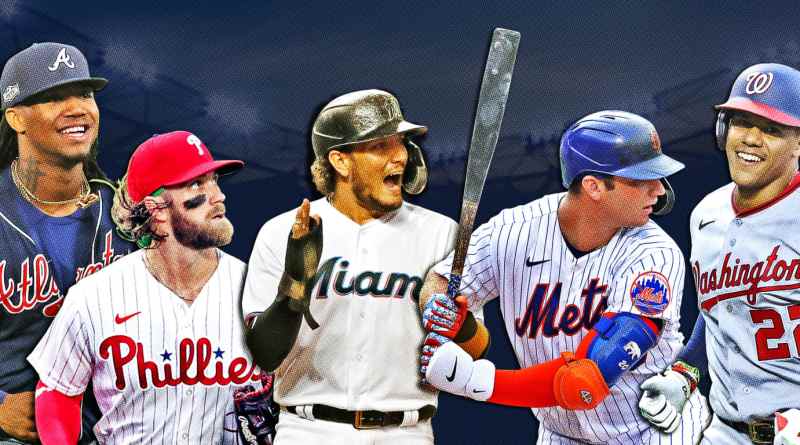 An alleged argument between the newly acquired star shortstop and the second baseman over a rodent? Check.

This season, the National League East has provided just about every form of entertainment you could think of and we haven’t even finished the first 40 games of the season. While I’m not sure it’s the best division in baseball in terms of talent or team quality, it’s definitely the best division for finding something that’s worth discussing almost every night.

While the most recent Sunday Night Baseball was an underwhelming 6-1 victory for the Atlanta Braves over the Philadelphia Phillies, the prior week’s primetime matchup delivered on the absurdity. Through seven innings, the Phillies enjoyed a 4-2 lead over the New York Mets and then in the final two innings, all hell broke loose.

The Mets scored six times in the top of the eighth, as Phillies manager Joe Giardi used three different pitchers in the inning to unsuccessfully try to protect his team’s two-run lead. The most dramatic moment of the inning came from former Oriole Jonathan Villar, who demonstrated incredible hustle tying the game by going from first to home on a ball that barely left the infield.

To improve the absurdity of this game, an 8-4 Mets lead going into the bottom of the ninth almost collapsed, with the Citizens Bank Park ground rules doing a better job at stopping the Phillies than the much-maligned Mets closer, Edwin Diaz. Diaz allowed two walks and a triple, but still managed to record two outs. Then with two outs, Rhys Hoskins appeared to tie the game with a homer. However, it was eventually overturned thanks to a ground rule that hitting the railing in right field was not a homer. The game then came down to Bryce Harper, who struck out to conclude an absolutely silly evening of baseball on ESPN.

There was also the Phillies-Braves matchup earlier this year on Sunday Night Baseball where Alec Bohm was called safe on a play where he almost certainly didn’t touch home. The fact that a controversial decision at home plate to decide the game wasn’t the most notable primetime meeting in this division further demonstrates the chaos it has had so far.

The Washington Nationals have already been part of five walk-offs in their first 30 games and the Phillies have played 16 one-run games out of their first 35, so things have been tense even without a Matt Vasgersian and Alex Rodriguez broadcast.

If close games don’t capture your attention, the amount of talent in the division has to make you intrigued. It feels impossible to decide which player is the most worth highlighting in the NL East. The 36-year-old Nats ace Max Scherzer hasn’t shown any signs of aging, enjoying a career high strikeout-to-walk ratio through his first seven starts. Meanwhile, the much younger Ronald Acuña Jr. is one of eight players to have an OPS above 1.000 this season. The future of the Braves was already an electrifying player heading into this year but his ability to cut down on strikeouts has made him an even better hitter. His career strikeout percentage entering this year was 26.4% and that figure has dipped to 13.5% this year, showing an impressive development at the plate.

While the Miami Marlins are going to get the least attention in this division, they still have some inexperienced players worth paying attention to going forward. 23-year-old lefty Trevor Rogers owns a 1.89 ERA and 2.49 FIP and is one of seven NL pitchers with a K/9 above 11. Elsewhere on the Marlins, second baseman Jazz Chisholm was proudly representing the Bahamas with a .926 OPS before suffering a hamstring strain that has kept him out of the lineup since April 27.

The NL East has current superstars, exciting young rookies and most exciting of all, past-their-prime players still trying to contribute to possible playoff teams. Pablo Sandoval has become Babe Ruth when he’s pinch hitting for the Braves, delivering four homers off the bench in his first 21 plate appearances, including a game-tying shot against the Phillies on Saturday night. Meanwhile, Andrew McCutchen has a 1.190 OPS to start the month of May as he looks to continue to be productive in year 13 of a memorable career.

Of course, you may have noticed there’s one star in the NL East I haven’t mentioned yet. He’s one of the most charismatic players in the league, the centerpiece of the biggest trade this offseason and apparently can’t tell the difference between a rat and a raccoon: Francisco Lindor.

Sending Amed Rosario and prospects to Cleveland to get Lindor was one of the biggest offseason upgrades this year, as Lindor has outperformed Rosario in simple stats like homers and fancier stats like wRC+ and fWAR. It was an obvious move to improve a roster that already had the best starter in baseball, a first baseman with plenty of power and strong production from the corner outfield spots.

However, Lindor’s New York debut hasn’t gone well. Even with a game-tying homer in the seventh inning during a win on Friday, his OPS ranks 103rd out of 108 hitters with at least 120 plate appearances this year.

While we can further discuss Lindor’s stats, the most interesting part of his Mets tenure just happened this weekend and it doesn’t involve batting average, stolen bases or WAR.

In the bottom of the seventh of Friday’s game, Lindor and Jeff McNeil seemed to get into an altercation in the Mets’ tunnel, although there doesn’t appear to be a publicly available video showing what happened between New York’s middle infield duo. What we do know is there was a commotion that caused several Mets to move towards the tunnel to see what was going on.

Lindor of course knew he’d be asked about what happened outside of the sight of the cameras and came up with perhaps the funniest answer possible: he was arguing with McNeil if they saw a rat or a raccoon. Assuming he’s lying, it’s incredibly creative and a perfect way to defuse the tension from the incident. If, remarkably, he’s telling the truth, it becomes even funnier. No matter what actually happened between Lindor and McNeil, it created something that instantly became one of the silliest incidents we’ll get this season. I mean, just listen to Lindor’s delivery of “Hell no man, it’s a damn rat!” and try not to smile.

The rat incident could be remembered as a turning point for the Mets or just another bizarre incident in a disappointing season from a team that has produced so many of them you can make a bracket out of it.

No division in baseball does a better job delivering on entertainment, star power and just general absurdity than the NL East. We’re only in May, so who knows what the rest of the season will have in store for us.