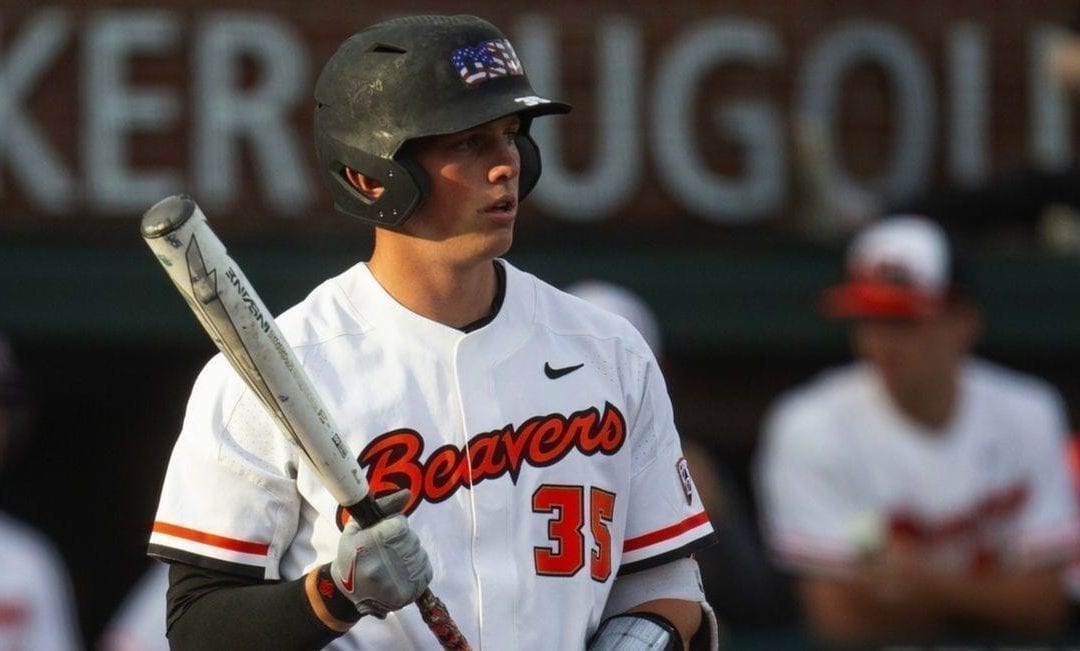 The Orioles have been on the clock for over 7 months, and now crunch time has begun. The draft is a little over two weeks away, and a good portion of the franchise’s future rides on the results of those 36 picks made over three days. Over the next two weeks, I’ll be discussing some of the choices that the Orioles face, focusing in on 1) Round 1 Pick 1, 2) The rest of Day 1, Round 2 and Comp. Round B, 3) Day 2, Rounds 3 through 10, and 4) the final draft model results.

We’ve finally reached draft day, and the rumor mill is grinding. Some scouts have said that the Orioles are not taking Oregon State star Adley Rutschman first overall. Instead, they speculate that the team aims to save money picking either Andrew Vaughn or J.J. Bleday at the top pick, allocating the savings to a later pick. Of course, to accomplish this plan effectively, the team must have a player in mind at—likely— pick 42. There are several options at this pick that we have discussed, including a potential Bleday-Jack Leiter combo at 1 and 42.

While I still believe that Rutschman will be—and should be—the pick at #1, it is worth noting that Rutschman, Vaughn, and Bleday all represent the top 3 options according to one of my main evaluation tools, my Data-Reasoned Amateur Future Talent (DRAFT) Model. In this model, I predict two quantities: a player’s probability of reaching the major leagues and the player’s expected Runs Above Replacement (RAR) given that they reach the majors and perform at a playable level. These two quantities come together to make up their positive-valued DRAFT score. We can generally break down a player’s score ranges as follows;

In order to model these outcomes and generate these scores, a variety of data is used, including biographical—age, height, weight, position—scouting—Baseball America rankings—and production—opponent-adjusted collegiate statistics. While there is plenty of data that I do not have access to—Trackman data, more detailed scouting reports, personal interviews, improved measureables—this represents the fullest collection of draft data dating back to 2009 that I could find.

Individual players will certainly exceed—and fall short of—my projections, but they represent a solid starting point for player evaluation. Below is the top 1000 draft-eligible players according to their DRAFT Scores—using the stats and external rankings available at 9 A.M. Monday, June 3rd. Where the Orioles go with their picks remains to be seen, but we’ll see and I will have an article reacting to the Orioles’ first three picks either this evening or tomorrow morning.