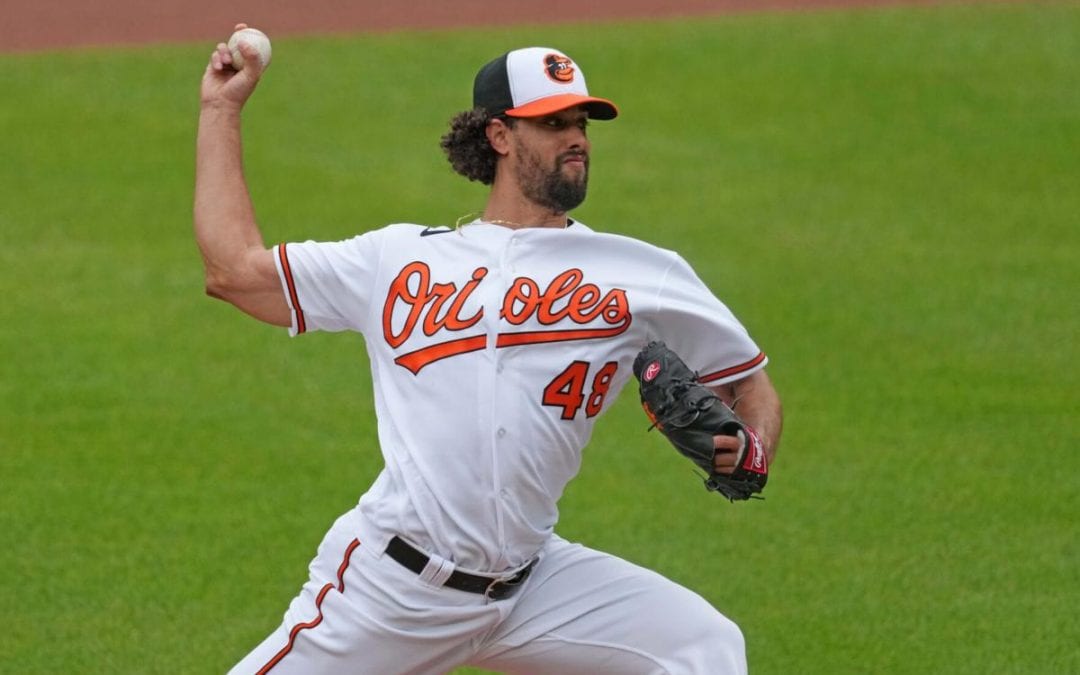 Thursday’s game against the Yankees was yet another demonstration of one of the most concerning trends for the pitching staff of the Orioles: nothing good seems to happen in the fifth inning.

Through the first four innings, Jorge Lopez allowed three hits and one walk without letting the Yankees score but then, he started the fifth with a single and a walk and exited the game. From there, Adam Plutko did his best to work out of the jam, getting a shallow fly ball and a strikeout before Rougned Odor, one of the newest Yankees, delivered a single to score two runs.

The struggles from Lopez were business as usual for someone whose fifth innings have been nothing short of a total disaster. Lopez has faced 16 batters during the fifth inning of his starts and those plate appearances have generated a jaw-dropping slash line of .583/.688/1.333. In the truly legendary 2004 season for Barry Bonds, he had a .609 OBP, so batters in the fifth inning for Lopez are a tougher out than Bonds in his prime. Below, you can see a color-coded chart of every plate appearance and its outcome against Lopez in the fifth.

As of Friday morning, 82 pitchers have faced 15 or more batters in the fifth inning over the course of their starts and Lopez pretty easily has allowed the worst OPS, with his 2.021 mark sitting 786 points above the 1.235 OPS from Philadelphia’s Zach Wheeler.

While Lopez is the most egregious offender, of the four other Orioles starters, only John Means can reliably record outs in the fifth inning. He has a .458 OPS during the inning and opposing hitters have just one extra-base hit in 18 plate appearances against Baltimore’s best starter. Meanwhile, Matt Harvey has a .840 OPS in the fifth, while Bruce Zimmermann sits at 1.037. Dean Kremer has only managed to make it to the fifth in half of his four starts this year and when he has, he’s allowed three singles and no walks over six plate appearances, good for a visually pleasing but still concerning .500/.500/.500 slash line.

When one starter does well in the fifth but the other four do poorly, it should hardly be a surprise that the Orioles are allowing the highest OPS to opposing hitters in the fifth inning this year, sitting at .939. The league average is .720, so this isn’t a number where all the pitching staffs are closely bunched together.

Unsurprisingly, these struggles are correlated with the starters going through the order for the third time and seeing their pitch count increase. Opposing hitters have seen an Orioles starter for the third time in 76 plate appearances and the starters are allowing a league-worst 1.110 OPS in those meetings. Similarly, the OPS once a pitcher goes above 75 pitches is an alarming 1.009. The good news is they’re only the second-worst in the league for this split, with the Twins currently sitting in the basement. It’s to be expected that pitchers get worse the longer they pitch and the more the hitters see them, but the Orioles are one of the league’s worst offenders so far this year.

While you never want to have an inning where you’re allowing the worst OPS in the league, the fifth feels especially notable because it determines just how busy your bullpen will need to be. A clean fifth inning where your starter retires the side in order and begins the sixth on the mound puts much less burden on your bullpen compared to something like Thursday’s start from Lopez where the bullpen needed to record all the outs in the fifth inning.

The Orioles bullpen has had to throw 100.2 innings so far this year, ranking fifth in the majors, and so far, it’s been pretty excellent. They’re sixth in both WHIP and opponent’s OPS with Dillon Tate, Travis Lakins Sr. and Cole Sulser all enjoying WHIPs under one. However, if the fifth inning woes continue, how much will the bullpen struggle with an increased workload? In the last full season, the Orioles bullpen ranked eighth in innings pitched with a WHIP that ranked 29th and an opponent’s OPS that was dead last. The talent in this year’s bullpen is definitely better than 2019’s but still, the concerns over the workload will become more prominent if Orioles starters can’t reliably pitch in the fifth inning without being crushed.

Like every other trend in baseball this year, it needs the obvious caveat that we’re one month into a six-month season. The Orioles have now completed 15% of their schedule and plenty of things can and will change during the remaining 85%. However, right now there’s a major fifth inning problem and if it continues, it will be quite the obstacle for the Orioles pitching having a successful year.