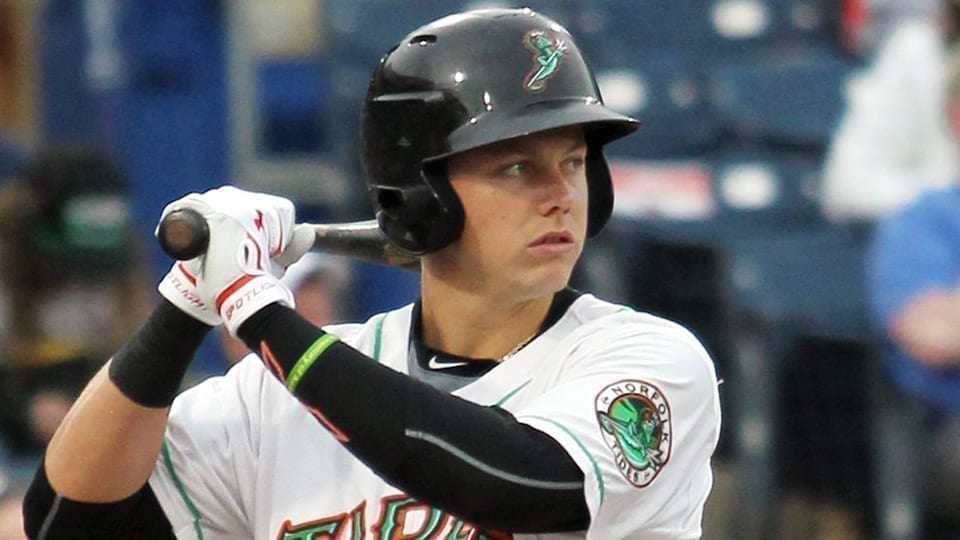 The beginning of the 2019 season has largely been a bit of a dud. This is not only true for the Orioles (although this was not unexpected), but for its minor league affiliates as well (mostly). It’s possible that some of you may have expected the Orioles minor league affiliates to be bad, and based on the early season prospect lists and rankings, that assumption wouldn’t necessarily have been a bad one due to Baltimore’s (lack of) prospects down on the farm. However, the minor leagues aren’t all about prospects, and minor league teams don’t necessarily need prospects to be successful (although that doesn’t hurt).

The minor leagues are more about development of the individual players so they can grow into major league contributors rather than the actual wins and losses. However, that doesn’t mean that wins and losses don’t matter. They definitely matter for the minor league organizations, as a winning team draws more fans, which is never a bad thing. Additionally, some believe that young players being a part of a winning culture as they’re coming up through the minor league system will benefits players when they reach the major leagues. While I’m not going to put too much stock in that notion, I’ll sit firmly in the “well, it can’t hurt” camp.

Let’s start with Norfolk and work our way down the minor league levels. The Tides are definitely looking a lot better than they were at the beginning of the week, as they are currently sitting with a record of 6-9 after starting this week on a 3 game winning streak. So far they’ve scored 67 runs (4.46/game) and given up 74 runs (4.93/game). Among qualified hitters, DJ Stewart (125 wRC+) and Stevie Wilkerson (125) are the only players with a wRC+ over 100, with Ryan Mountcastle (99) on the brink. Anthony Santander (68 wRC+), and Chance Sisco (14) are not doing much offensively so far. On the pitching side, the Tides have used 16 pitchers so far, and while the ERA looks ugly for half of them (Garbiel Ynoa has the 9th best ERA at 4.76), their respective FIP’s at least look…a little bit better.

Up the road in Bowie, the Baysox aren’t faring any better, as they sit in last place with a 3-11 record. Their offense has been ok at scoring runs (4.31/game), but their pitching has given up an Eastern League leading 78 runs (5.57/game). The offense is being led by the names fans would have probably expected (and hoped) would lead the team, as Rylan Bannon (166 wRC+), Yusniel Diaz (113), and Ryan McKenna (107) top the team among qualified hitters (a rehabbing Austin Wynns is also contributing a 146 wRC+). The pitching has obviously been ugly, with 9 of the 15 pitchers being used so far this season sporting a FIP over 4. Hunter Harvey and Dillon Tate have both had especially disappointing starts, although their BABIP numbers and LOB%’s may indicate that they’ve been running into a little bad luck. Even Zac Lowther and his 2.00 ERA doesn’t look quite as good when you consider he’s walked 7 batters in 9 IP.

In comparison, the High-A Frederick are faring a little bit better, sitting in 3rd place of the Northern Division with a 6-8 record. They’ve scored 76 runs (5.43/game) and but have given up 80 runs (5.71/game). Half of their wins have been by a single run. On the other hand, the other 3 games they’ve won have been by 6 runs. So they’ve kind of been all over the place. Four of the 9 qualified hitter on the team have a wRC+ over 100. Three of them are 24 years old, and a 24 year old doing damage with the bat in High-A doesn’t really mean too much. The other one is Jomar Reyes (110 wRC+), who is going through the league for the 3rd time (he had 193 PA’s in Frederick in 2017). Don’t get too excited about Reyes’ luke-warm start, as he has yet to walk in 40 PA’s. With the lack of a defensive position, he’s going to have to do better to pull himself out of “non-prospect” status.  As for the pitching, it’s still not good. Michael Baumann has been impressive in his two starts (0.33 FIP, 16 K’s, and 1 BB in 8.2 IP) and DL Hall has been ok, although he’s been handing out a lot of walks (6 in 7 IP). Overall, the free passes are a big problem for the entire staff. They’ve give out 77 BB’s in 120 IP, which comes out to 5.78 a game. Amazingly, they don’t lead the league in walks, but they are only 2 behind 1st place at the moment.

Remember how the title of this piece indicating that the Baltimore minor league affiliates are only mostly struggling? That’s because Delmarva is tearing it up. They’ve started the season 12-1, scoring 69 runs 5.31/game) while only giving up 45 (3.46/game). Everything is coming up Shorebirds, as their winning close games (8 of their wins have been a margin of 2 runs or less) and the only game they lost was by one run, and that went into extra innings after Lexington tied it up in the 9th inning. They could easily be undefeated at the moment. Six of the 9 qualified hitters have a wRC+ of 100, with #7 (Daniel Fajardo) coming in at 98. The pitching has been easily impressive, as 10 of the 15 pitchers used have a FIP under 4.00. What’s especially encouraging at Delmarva is that the players who one would expect (or hope) would be performing are. On the hitting side, it’s Robert Neustrom (195 wRC+), Adam Hall (168), Cadyn Genier (125), and JC Encarncion (110). For the pitchers, Grayson Rodriguez (2.16 FIP), Blaine Knight (3.34), and Ofelky Peralta (-0.09 — yes, a negative FIP) are off to very strong starts. It will be interesting to see if Delmarva keeps winning, even though some of the names mentioned above will likely be promoted during the season.

So the Baltimore affiliates are (mostly) struggling, but no one really has to worry about it too much because the season is still so young. While it may be disappointing that Chance Sisco and (maybe to a lesser extent) Anthony Santander are off to such terrible starts, most of the other prospects (or near prospects) are actually performing well, or at least well enough that shouldn’t cause anyone to panic. Until we get a little further into the 2019 baseball calendar to see if anyone’s stock has changed, the only thing we can do is see if Delmarva can keep it going.