How the Orioles can subtly improve this offseason 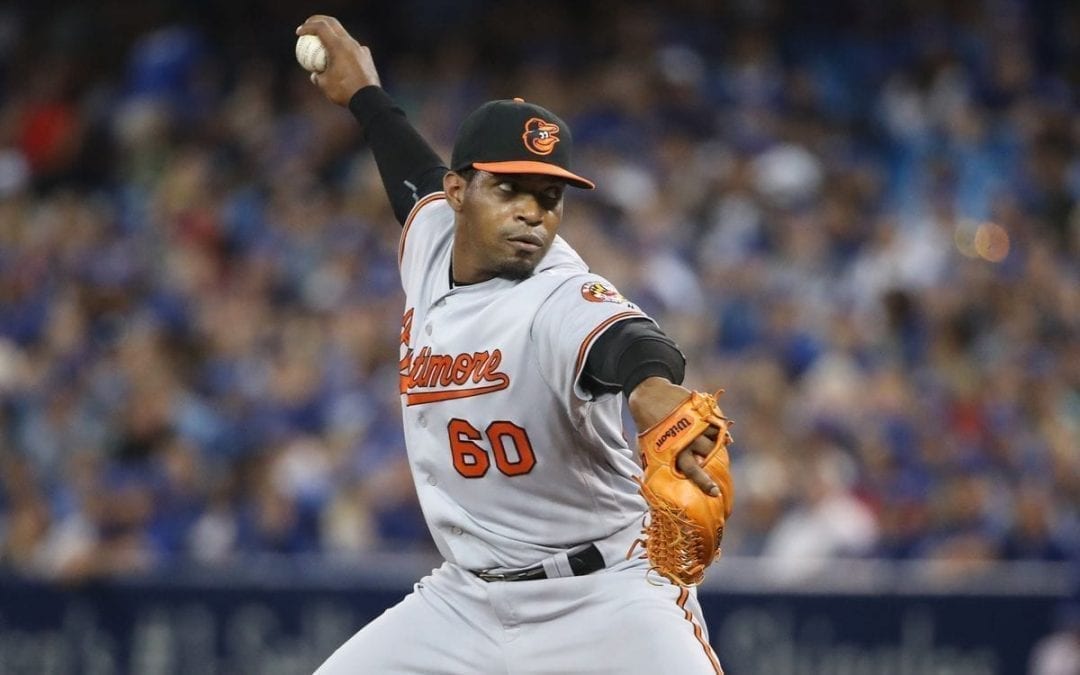 As the offseason begins to really kick into gear with the Winter Meetings this week, there is one thing we can be sure of: The Baltimore Orioles will not be big players.

Oh they’ll be active. Mike Elias will be working the phones, gathering information, shopping some of his players (hopefully). But he won’t be signing Stephen Strasburg or Anthony Rendon or Madison Bumgarner, and he won’t be trading for Mookie Betts. That sort of thing will be left to the Yankees and Phillies and Dodgers and Angels of the world. The contenders. Or at least the wannabe contenders. That’s not where the O’s are at, and that’s OK. We know what’s going on here.

That being said, there are ways the Orioles can improve this offseason. And I’m not talking about secret center field cameras and garbage-can-and-laptop setups in the hallway to the clubhouse. No, I’m talking about more subtle ways to push this behemoth of a reconstruction project forward. Let’s take a look at some ideas.

Trade anyone decent who is in arbitration or beyond

The Orioles have already gone part way with this, dealing away Jonathan Villar and Dylan Bundy, but there is more work to be done.

And as a quick side note, I’m not as down on the Villar trade as most folks around here. Could they have gotten more for him if they had waited? Maybe, maybe not. The fact is you’re looking at a career 97 OPS+ player who turns 29 in May, so maybe he doesn’t look so great to other teams, even though he might be YOUR best player. Besides, is Easton Lucas not good? I know the 3.98 ERA at low-A doesn’t look great, but I also see a low WHIP (1.105) a low walk rate (2.6/9 innings) and a high strikeout rate (11.4/9). Yes, he’s not going to be in Camden Yards tomorrow, but last I checked, that’s not what this is about. This is about re-stocking an empty cupboard, and it looks like Lucas can be a serviceable, if not flashy, part of that.

And speaking of stocking the cupboard, you have to like prying four young arms from the Angels for Bundy, even if none of them are big-time prospects (which you weren’t going to get anyway). Included in that group is Isaac Mattson, a reliever who dominated in the Arizona Fall League (that’s no joke!) and could see the bigs in 2020. Bring in enough of these guys, some are going to hit.

All of this being said, Elias should not be close to finished. Going with the idea of trading anyone decent who is at the arbitration stage of their career or beyond, that means Trey Mancini, Mychal Givens and maybe Hanser Alberto should be next on the block.

You could also argue that Miguel Castro and Alex Cobb fit into this group, though I think you keep the former because he’s still young and cheap, and the latter isn’t going to have any value until he shows both effectiveness and health.

The Orioles farm system is no longer the pit of death it used to be, now possessing four Top 100 players according to MLB Pipeline. So deal, deal, deal to make it even better – you need to create that supply chain. But, don’t necessarily rush, because after July 2, you can trade for more international bonus pool money (more on this below).

I’m not as convinced as some that this will be the winter where the recent trend of free agent thriftiness comes to an end. In other words, I think there will be some solid veteran arms out there after the big names receive their riches.

The Orioles should be in on this, not just because they NEED them, but because they will be assets that can be moved for MORE assets before the trade deadline. And acquiring assets (broken record, I know) is what it’s all about.

Rob and Chris have commented on this previously, mentioning names like Colin McHugh, Alex Wood, Brett Anderson and Julio Teheran.

I would add to that names like Tanner Roark, Gio Gonzalez and dare I say…. Kevin Gausman? A guy like Aaron Sanchez, who was non-tendered by the Astros, could also be interesting. There are a lot of options, and if the market continues to be held down, there are opportunities for the O’s.

I would also suggest bringing in one of the glove-first free agent infielders who have been non-tendered, like Jose Iglesias, Jose Peraza or even Charlie Culberson. Better defense will make your pitchers look better, not only to you but to prospective trade partners.

On this one I agree with Chris wholeheartedly. I’m not saying it won’t be painful to eat the $41 million remaining on his contract. But it’s far more painful, in my opinion, to continue to carry him on the roster, especially when there is a rebuild taking place and bodies hanging around that the Orioles need to figure out whether they’re going to be a part of it or not.

But he’s not even going to play much, if at all, you say? Well perhaps that roster spot could be better used on someone who might have a chance to be a part of the team’s future, like perhaps a Rule 5 pickup that you want to stash on the 26-man roster. Which brings me to my next item …

The Orioles have a history of playing the Rule 5 draft lottery (Richie Martin last year), and there’s no reason to stop now. Not with the roster expanded to 26 players, and not with my aforementioned plan to ditch Davis.

The 2019 version comes Thursday, and there is a great interview with Baseball America’s J.J. Cooper here that digs into the Orioles’ angle.

Cooper mentions some intriguing names the O’s could target, including the Angels’ Jose Rojas, who hit 31 homers in Triple-A last season, or Rangers reliever Joe Barlow, who was left unprotected because the Rangers churn out relievers like Apple churns out iphones.

Side note: I should know. I am doing a documentary podcast on one of them, a guy named Cole Uvila, and Jim Callis of MLB Pipeline told me for a future episode, “I don’t know what they’re doing but they’re doing a great job, they have a ton of these relievers with just crazy numbers, not just Cole. Joe Barlow who didn’t even get protected on the 40-man roster, Emmanuel Clase. DeMarcus Evans, and just on and on and on.”

Anyway, the point is that there are a lot of intriguing possibilities for the Orioles out there, and they should take a shot at one of them.

Gathering assets has been a theme here, and one of the less obvious reasons for doing so is to use them to acquire international bonus pool money.

It’s no secret that the Orioles were woefully inattentive to the international market in the previous regime. I’ll never understand why they’d ignore a market rich in talent – which also happens to be a cheap. For example, the Yankees spent $7.9 million to sign 23 foreign prospects last summer. That might seem like a lot of money, but it’s about $340,000 per player. By comparison, teams are allotted just over $6 million to spend on the first 10 rounds of the draft alone. You simply get more bang for your buck with foreign players.

Luckily, things are going to change for the Orioles under Elias. The Orioles have already been allotted $6,481,200 in bonus pool spending for the 2019-20 international signing period, and it appears they are planning to spend that money.

But they can do even better. Once the signing period opens on July 2, teams are allowed to trade for an additional 60 percent of their original allotment, meaning the O’s could boost their total spending limit to $10,369,920.

Of course you need to have tradeable assets to acquire that additional signing money. That’s why you don’t punt on the offseason. That’s why you sign affordable veterans, not necessarily to improve your record in 2020, but to deal for assets.

Remember that’s what the O’s should be about right now – compiling as many assets as possible. That can mean veterans you can trade later, that can mean draft picks and prospects, that can mean minor league free agents. And it can and should mean international talent.

There are many ways to get this done. Don’t forget to look beyond your borders.

Bob Harkins is a former editor and writer for Time Warner Cable Sports in Los Angeles, where he helped cover the Dodgers and Lakers. Prior to that, he was a senior editor and writer for NBCSports.com, leading the site’s coverage of Major League Baseball for nine seasons. He always believed that Major League catcher was the toughest job in sports — until he wrote a series on professional rodeo cowboys. Talk about tough!