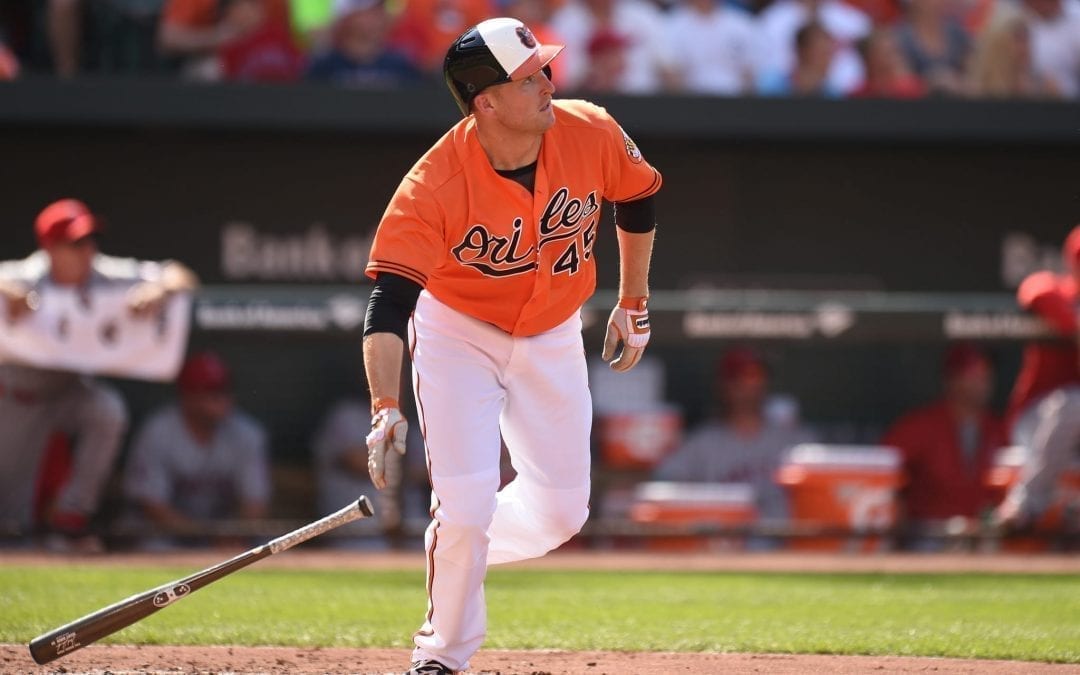 With just a couple of weeks left until teams report for Spring Training, what better time to reflect on the offseason and grade the moves which took place. Not only can we take a look at the moves which have happened, but we can also look with a revisionist eye as to how things could have panned out best with the added benefit of foresight.

Doesn’t that sound fun. No please, come back!

MLBTradeRumors.com has a nifty transaction tracker that allows you to sort moves just about any way you can imagine, which is useful to make sure you don’t miss any signings — big or small — that have taken place over the winter. With a couple twists of the dial, we can have every move made between last October and today at the tips of our fingers.

(Chat about this on the BSL boards here!)

It’s difficult to hate on the additions of Johnny Giavotella and Jesus Montero. Giavotella can hit a little bit and is a good insurance policy on Jonathan Schoop — and who knows, could maybe be a backup infielder besides — while Montero has fallen significantly from his prospect perch but represents a decent insurance bat at Triple-A. The team also added Sean Coyle, Zach Stewart, Chris Dickerson and Alex Castellanos, all of whom will provide valuable Triple-A insurance. The team also brought back Logan Ondrusek, who spent a little time in the big leagues with the team in 2016

Ultimately, they’re minor-league deals and don’t need to broken down much more than that.

Let’s take a look at the three major deals, how we’d grade them, and what we might have done otherwise if it was up to us:

Orioles trade Yovani Gallardo to the Mariners for Seth Smith

Breakdown: Getting out from under the ugly Gallardo deal made a lot of sense, and the O’s did so by getting back a perfectly reasonable player in Smith. Gallardo predictably did not move the needle forward in an iffy Orioles rotation, and in fact fell backward as he battled both injuries (118 innings was his lowest mark since 2008) and ineffectiveness (career-worst 5.04 FIP). Not only was there a decent cash savings even after the Orioles assumed $2 million of Gallardo’s deal — ultimately, they’ll save $4 million once Gallardo’s option is bought out — but Smith is an actual outfielder, and thus a defensive upgrade on Trumbo in right, even if it’s only a modest one.

Alternative: In an ideal world, maybe the Orioles sign Brandon Moss or Colby Rasmus to play right field — and do Seth Smith-like things — and find a way to dump Gallardo’s deal for something that allows them to save more money. It’s hard to know how much the mutual salary dump desires motivated this deal, but it’s also hard to knock it without knowing that. Both teams probably did OK here. Smith should be plenty useful for the Orioles as a career .272/.355/.472 hitter against righties, as he pairs up nicely with Joey Rickard as a platoon option.

Grade: We’ll give this one a solid B+.

Breakdown: One year after seemingly bidding against themselves to sign Chris Davis, the Orioles did well to wait out the market on Trumbo before circling back to sign him to a modest deal that’ll pay him just under $13 million per season. Trumbo broke out in a huge way in 2016, popping more home runs last season (47) than his previous two combined (36), and nothing really changed for him in terms of strikeouts and walks. He was basically the same guy he’s been all his career, except for a power spike — not only home runs but in slugging percentage — and it seemed to have come at the right time with free agency looming. Apparently other clubs didn’t agree, as he had very little steam this offseason and wound up having to take only a modest offer from the O’s. This time, it’ll be to DH, where he should be a better fit than lumbering around in the outfield of Camden Yards.

Alternative: Trumbo’s swing changes appear to be legit, but if there’s any sort of regression to his career marks, his deal won’t necessarily be regrettable, but avoidable. Chris Carter and Mike Napoli are still both available in free agency, and look what they’ve each one over the past three seasons:

Napoli is going to have to agree to a one-year deal at this point, and there’s chatter about Carter heading overseas since he isn’t seeing offers to his liking. That’s quite a bit cheaper than $12.5 million and a lot less time than three years. The Orioles obviously like Trumbo and are sticking with the evil they know, but even at a discount price it could be foolhardy.

Another alternative that’s not exactly related but possibly worth pursuing would have been signing Luis Valbuena to play third base while moving Manny Machado to short. J.J. Hardy hasn’t been able to stay healthy or productive and has just one more year on his deal. Maybe that would have meant moving Hardy around a bit and maybe even DH’ing Valbuena some, but it would have been cheaper and would have given Buck more positional flexibility to work with.

Grade: B- seems fair. If Trumbo hits like he did last year for even one of the years, this becomes a B+.

Breakdown: The Diamondbacks strangely non-tendered Castillo instead of going to war with him over his final arbitration-eligible salary, and it pricked some ears up around baseball Twitter. He was coming off a full season where he’d hit a respectable .264/.322/.423 and yet the Diamondbacks didn’t want to pay him $6 or so million? Why?

Maybe it’s worth looking to where the Diamondbacks went instead of Castillo. They signed defensive guru Jeff Mathis and also added Chris Iannetta — who at times has been good at framing in recent seasons — into the mix. With all the troubles the Diamondbacks pitching staff had in recent years, the writing seems to be on the wall that it would be easier to replace the catcher than all the pitchers, perhaps suggesting something was amiss with Castillo. StatCorner.com has Castillo at minus-3.2 framing runs last season, while Baseball Prospectus is markedly lower on him from last season at minus-11.1 framing runs. That total is exceeded by just six catchers last season, though it’s worth noting that Iannetta is one of them.

Was there a rift between Diamondbacks pitchers and Castillo? It’s possible we’ll never know. But on a modest one-year deal with a guy who has good offensive pop, it’s worth a shot.

Alternative: At this point it’s going to be interesting to see who winds up with Matt Wieters and at what amount — both in years and dollars. If the Orioles were going to go with a shaky defensive who is offense-first, maybe it made some sense to bring back Wieters? Having Jason Castro in the mix wouldn’t have been a bad option, either — though there weren’t enough of him to go around for how many teams needed defensive help.

Grade: C+. He’s not a great defender and only decent offensively. It was a weak catcher market, but he doesn’t seem to move the needle a ton.

Overall, I’d give the offseason a B. I think it can jump up with a Machado or Zach Britton extension — dollars pending, of course — but ultimately it’s not a drastically different team than last year. They did go to the Wild Card Game though, and that’s pretty good, right?