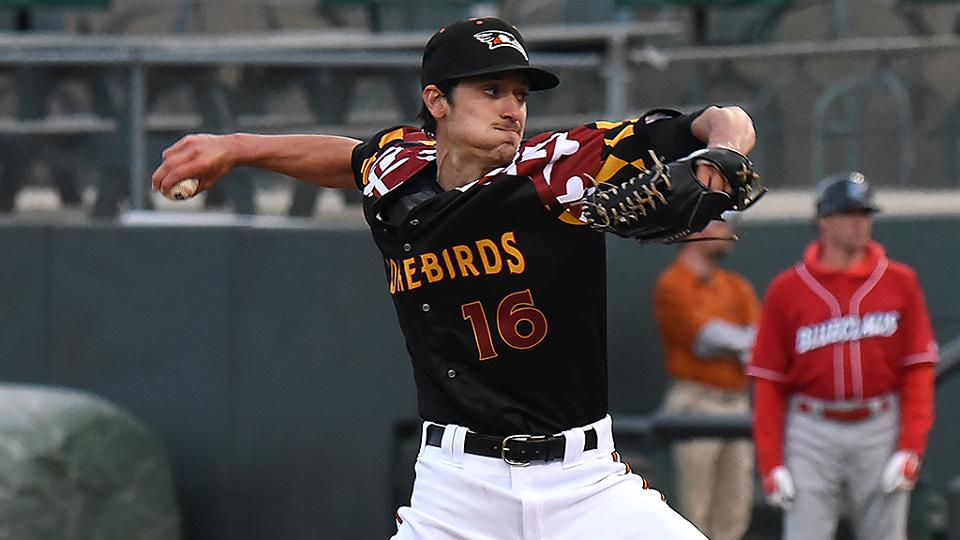 Two of BSL’s Minor League Analysts – Zach Spedden & Nate Delong – come together to give their thoughts what they’ve seen so far from the Orioles system.

Who has been the biggest surprise so far this year?

Zach: Whether it can be labeled a true surprise is debatable, but the start Adam Hall is off to at Delmarva is certainly encouraging—especially when you consider his offensive numbers in the context of him being a 19 year old at Low-A. He was solid last year at Aberdeen, but to see that production carry over (perhaps even at a higher level) to Delmarva is certainly encouraging. I have to think he will move up the organization’s prospect rankings in 2020 if this production continues.

Nate: I think the biggest surprise for me personally is probably Rylan Bannon. He hit surprisingly well in High-A for the Dodgers last year before coming over to the Orioles in the Machado trade, but then had a pretty disappointing 122 plate appearances for Bowie to end the season, slashing .204/.344/.327. Granted, the jump from High-A to AA is a big one, and Bowie is not a very hitter friendly environment, but his time in Bowie last year could have gone better. His numbers so far in 2019 look very much like his pre-Orioles 2018 numbers, which has been a pleasant surprise for me. If he can continue to hold this production level the rest of the season, the chances he becomes a useful major league contributor look more realistic.

Who has been the biggest disappointment?

Nate: Chance Sisco has definitely had a very disappointing start to the season, but I think I’d go with Cadyn Grenier. I know that he’s more known for his glove than his bat, but I thought he’d be better in Delmarva as a 22-year-old college product. It’s a small sample size to be sure, but his triple slash line isn’t pretty (especially with a .388 BABIP). What is more concerning is the strikeout rate nearing 40%.

Zach: Given his performance in spring training, I think there was some hope that Chance Sisco would get off to a better start at the plate than he has over the first few weeks of the season. Norfolk can be a particularly challenging environment for hitters early in the year, so perhaps his numbers will start to rise soon, but he needs to get going offensively.

Do you see anyone in the lower levels as someone who could be a sleeper and hit top prospect lists next year?

Zach: Perhaps Grayson Rodriguez can crack a few Top-100 lists if his dominant start is any indication of what he will do the rest of the season. I don’t necessarily think that would be a universal sentiment among the most prominent rankings, but perhaps he can land on a few lists.

Nate: I am going to double up on the Grayson Rodriguez love here and agree that he may be the most likely to end up on a Top 100 list or two, due to his talent, performance, and projectability (which spell check is telling me isn’t a word). I think Blaine Knight (pitching very well to start the season) could also move up into the Orioles Top 10, and possibly the very back end of a top 100 list if he can continue to pitch effectively and demonstrate some durability, which seems to be his biggest question mark.

What areas would you like to see the O’s focus in the draft? Position player/pitcher/prep/college?

Nate: Given that the team is so far away from contention, I think I’d ideally prefer the team to go with a few college players early and then focus on projectable high school players later in the draft. My reasoning is that while the college players in general may not have the upside of the high school players, they could arrive in Baltimore earlier, giving the Orioles some help in the next couple of years (possibly turning into pretty good trade chips) and giving the fans some young players to be excited about. Having said that, I don’t know whether the draft is strong in high school or college players at the moment, so that path forward may not be the best thing to do this year.

Zach: At what is still an early point in their rebuilding process, I would like to see the Orioles draft the best players available with their initial picks and not worry about a particular area on their depth chart. I don’t believe the farm system is strong enough in any area or areas that the Orioles can cherry-pick players by position. Instead, it’s at the stage where they need to stack it with as much as talent as possible. This upcoming draft is also one that most reports have painted as heavy on position player talent, so that could influence the Orioles’ early-round picks.

What would you consider a successful season for the minor league affiliates in 2019?

Zach: Continual development and improvement among the top prospects in the system—including starting pitching prospects—and better health for players that have dealt with injury issues in recent seasons. The latter stages of the season also have the potential to yield some positive outcomes, if the players chosen in the upcoming draft get off to good starts in their professional careers.

Nate: I’ve been on record as saying I don’t think there is much high end talent or depth in the minor league system prior to the start of the 2019 season, so I think having a great draft is the key to a successful season for the minor league affiliates. Having the 1st pick (and the associated bonus pool that comes along with their draft position) can really give their minor league system a pretty big boost if they play their cards right. Other than that, I think a couple of developmental gains from unexpected players may provide some hope in the new front office’s ability to develop minor leaguers.

Do you think there are any pitchers in the higher levels of the minors that can help the Orioles rotation this year?

Nate: I think Zach Pop could find his way up to the major leagues and help out. He’s been striking guys out so far this year in Bowie, and has been good throughout his minor league career in inducing ground balls. That’s kind of a boring answer though since he’s a reliever. As for starting pitchers, there isn’t really anyone that excites me too much. Maybe Akin, but his walk rate concerns me a bit.

Zach: Keegan Akin is the one name that intrigues me, because he’s been so steady over the course of his professional career and is at Norfolk now. While I don’t believe Akin has a very high ceiling, he also doesn’t have to have elite stuff to make the Orioles rotation better. If he can be promoted to Baltimore this summer and at least keep the Orioles in the games that he starts, that will help the team and make him a viable rotation candidate for 2020. It’s worth noting that he’s not on the 40-man now, but I don’t believe that will be an impediment to him reaching the majors if he can fill a need.