Where are the Orioles now and how can they improve? 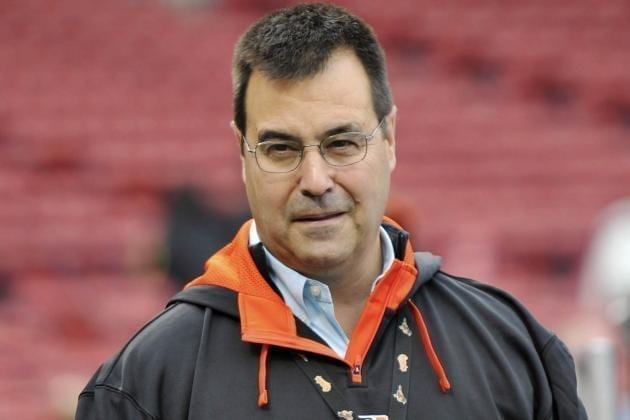 When the calendar turned to July, the Baltimore Orioles had a 4 game lead on the Boston Red Sox and a 5.5 game lead on the Blue Jays. At that point, the O’s had lost 2 straight, which was on the heels of a 7 game winning streak. Since that point, the Orioles have lost 4 out of 6 and their division lead is down to 1 game over Toronto, and 2 over Boston.

The All Star break, which starts after tomorrow’s game, is coming at a good time for the Orioles. Heading into the break, they will have played 37 games in 40 days. Over that time frame, the bullpen has taken a hit with some key injuries, and overuse. The additional rest is needed.

Whether the Orioles remain in first place heading into the break remains to be seen but what is definite is that this race is a lot closer today than we thought it was going to be two weeks ago. The question is, what has happened? Some of it is Toronto just starting to play better. They were the consensus pick to win the division heading into the season and, IMO; they are best and most well rounded team in the East. However, its not Toronto’s fault the O’s are losing. Baltimore is losing, in large part, because of the team’s terrible starting pitching. The question is, what can be done about that weakness?

After another disastrous start by Ubaldo Jimenez last night, I think the writing is on the wall that he has to go. There is no value in keeping him. That being said, he isn’t the only issue for this rotation and just getting rid of him and replacing him with Worley (?) isn’t the answer to the team’s rotation concerns. Here is an incredibly concerning stat for this rotation. There are sixty-five starting pitchers in the AL that have thrown at least 60 innings. Of those sixty starters, the Orioles have three pitchers in the bottom five of the league in terms of ERA. Jimenez is the worst of the O’s (and second worst in the league…yes, someone is worse..Anibal Sanchez) but Tyler Wilson and Mike Wright are nipping at his heels, as they have 4th and 5th worst ERAs in the league. Wilson is actually just under 5.7, which looks great compared to Wright and Jimenez. Those 3 starters have thrown a combined 216 innings thus far and they have a combined ERA of 6.67. That’s an astounding number. To put that into perspective, there have only been five starters, since 2010, that have thrown at least 100 innings in a season that had an ERA over 6 and only one of them was higher than the combined ERA of these three.  This is a team fighting for the division and a potential AL title and the O’s have three of the five worst starters in the AL on this team. That can’t happen.

Part of the problem is the struggles with left handed hitters. Right now, the Orioles rank last in the AL vs. lefties in wOBA, slugging, OBP and BA. They have the 4th worst ERA vs. lefties as well. We knew that not having any lefties in the rotation or a lefty go to guy in the pen could pose an issue but it shouldn’t be this bad. The rotation as a whole is second worst in the AL in ERA, 3rd worst in FIP and 4th worst in xFIP. The good news is, they are under-performing according to FIP and xFIP, so there is potential room for improvement! By the way, they would still be awful if they improved to their FIP (4.79) and xFIP (4.65) numbers but hey, improvement is improvement.

Despite all the injuries and the guys being put out there who don’t seem to be legit major leaguers, the bullpen still has the second best ERA in the AL. This pen needs O’Day back in a big way, and the news that he is likely to return after the AS Break is encouraging. However, you want him right when he gets back. Does no good if he is rushed back to the point that the hamstring remains an issue all season long. Whenever he returns, they need him to again be elite. Going back to the lefty issue this team is having, I would like to see the team address that for the back of the bullpen at the deadline.

The offense continues to be solid. They are third in runs scored and in the top 3 of most of the major offensive categories, among AL teams. I do think we have to wonder if Schoop and Trumbo can continue their pace but I also think we could see guys like Davis get hotter in the second half to make up for some of that, if those guys do indeed slump in the second half. The top of the order is getting on base at a good clip and if a guy like Pedro Alvarez can hit better and keep the lineup extended and balanced, this offense should continue to score runs.

The OF defense continues to be a concern as well. They infield defense is pretty solid but he OF needs to be fixed. It would be nice to add a solid combo OFer, someone who can hit and get on base and can also field.

So, where does this team go from here? They really need to add at least one and preferably two starters. They need another very good bullpen arm and, as I just mentioned, they could use another OFer. The OFer is probably the least important thing. At one point, I would have put that neck and neck with a starter but the emergence of Kim has helped that. Still, if a guy like Kole Calhoun were out there, I would go after him as one of my top targets.

Everyone is need of starting pitching and the Orioles can’t compete with some of the other teams out there who can offer more players, so they are going to have to pick and choose who they pursue. PECOTA’s preseason favorite to win the AL East, the Tampa Bay Rays, are 15.5 games out of first and are potentially in sell mode. They have a lot of intriguing arms to deal. The guy that interests me the most is Matt Moore. Now, I don’t think he’s better than Chris Archer and it is possible he isn’t better than Jake Odorizzi. However, I do feel his upside is as high or higher than those guys, He just turned 27 and he has 3 club options over the next 3 years that total 26 million. He is a strikeout pitcher that misses bats and is showing the best control of his career right now. The HR ball is a real issue though and that doesn’t figure to change with a move to OPACY. Still, he is a big improvement for this club vs. lefties, he is averaging 6 IP per start and, as this article points out, he is a very intriguing upside play. He also is a guy that is pitching to a 4.50 ERA and is recently coming off of TJ surgery, so his value probably isn’t as high as some of the other guys out there are. That makes him a very intriguing target for the Orioles and one I feel they should go after.

There are other potential guys like Jeremy Hellickson who you may go out and get to help balance out the back of the rotation. These aren’t “sexy” moves but they are huge improvements for this club. The Orioles do not need a 5th starter until July 19th and, coincidentally, they are in Tampa Bay after the AS break, so maybe Dan Duquette can sit down with Matt Silverman, the Rays President of Baseball Operations, and see if they can work out a deal.

Baltimore also needs to look for an excellent lefty out of the pen or a righty that thrives vs. both sides of the plate. My favorite would be Sean Doolittle. If he became available, you have to figure the Cubs would be all over him but the O’s should still go after him too. Andrew Miller and/or Aroldis Chapman could be available as well. Would the Yanks and O’s make a big trade? I don’t see why not but could the Orioles offer enough? They probably would get more competition on Miller than Chapman, since Miller is signed beyond this season. I don’t have much doubt that Duquette will address the bullpen. He seems to always make a move out there and he knows that he needs lefty help out there, so I am confident that will get done.

The O’s have their work cut out for them. You can argue that they are the 3rd best team in the division and that they would be an underdog in a series against at least 5 AL teams. So, I feel it is imperative that they add a minimum of 1 very solid starter and another very good bullpen arm that can get lefties out at a high level.

If they do those things, that should be enough to land them in the playoffs and if Kevin Gausman can get going in the second half, they will be in position to beat anyone IMO. However, if they fail to really improve the pitching staff, I think it’s fairly likely that they win 84-88 games and miss out on the post-season.