Do the Orioles Really Have the Worst Farm System in the League? 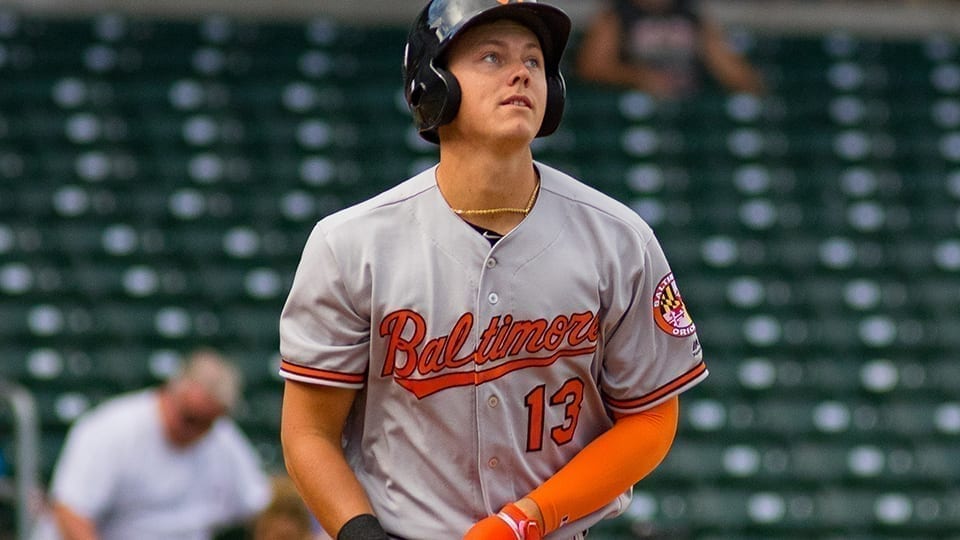 Several weeks ago, Keith Law published his ranking of the MLB’s 30 farm systems, with the Baltimore Orioles dropping to last place after ranking 23rd during the previous offseason. While this article isn’t that timely given when that article came out, it’s still early enough in spring training, and there isn’t much to talk about yet when it comes to the minor leagues. Plus, there was some talk (and some disagreement or even disbelief) on the message board as to whether that ranking was accurate, which I kept coming back to in my head.

At first thought, it seems like a drop in ranking for the Baltimore farm system between last year and this year would be impossible, especially considering the trades that the team made during the 2018 season. Those trades (in theory) should have strengthened a farm system that badly needed it. So when seeing Law’s list for the first time, it’s understandable that readers would be surprised at the last place ranking. However, as most (if not all) of you know, baseball scouting is an extremely subjective exercise, even as the industry begins to incorporate more technology-aided data to supplement their observations and reports. With this being the case, it’s important that one takes a look at several other lists to help make comparisons, so that they get a better feel of what the general consensus is with respect to organizational rankings. Unfortunately, as far as I know, Law is the only writer at a major baseball news outlet/website who publishes a list of MLB minor league organizational rankings from top to bottom, for all 30 teams (I believe some other public outlets rank the top 10, but the Orioles aren’t going to be ranking that high, even in the most optimistic scenarios).

So without anything to compare these rankings to, let’s look closer into what Law says about the system and about some of the individual players that are in his rankings of the Baltimore top 10 (and more) prospects. While most lists included Yusniel Diaz, Ryan Mountcastle, and DL Hall in the top 100, Law only includes Hall in his list of top 100 prospects. Based on what I can gather with respect to what Law values in a prospect, I don’t think this is all that surprising. For instance, Law tends to value defensive ability, especially defensive ability at premium positions very highly. As such, he sees Diaz and Mountcastle eventually sliding down the defensive spectrum as they get to the majors, eventually ending up in an outfield corner (with Mountcastle specifically in LF or 1B due to his arm), where their hitting skills are more ordinary. For what it’s worth, the main reason he was one of the few prospect writers who ranked Fernando Tatis Jr. over Vlad Guerrero Jr. in his Top 100. While Vlad clearly is the better hitter (and he openly acknowledges this), the fact that he sees Tatis Jr. being able to stay at SS at least in the medium term makes him more valuable in his opinion.

Additionally, Law typically will favor prospects with higher ceilings (although I believe I may have seen that he is starting to not weigh ceiling as highly as he previously has). Either way, as he states, he doesn’t believe that the Orioles have any high-ceiling prospects. According to Law, Hall (obviously) ranks highest of Orioles minor leaguers as an above average starting pitcher. Not to say that isn’t an excellent outcome (it is), but personally, it’s not what I would call a high ceiling. Law also seems to view the prospects in the Orioles system as higher risk prospects, meaning that there is still a wide range of uncertainty as to whether or not they will reach their ceiling, even the lower ceilings that he appears to think they have.

So, do I think that the Orioles have the worst farm system in the major leagues? No, I personally don’t, but I also can’t say that with certainty because I don’t know the other minor league systems well enough to back up that claim with confidence. However, I also don’t think it’s unreasonable to see how someone can make that claim, especially someone who is known to historically value prospects a certain way. One scout/evaluator will value different attributes in a player than another scout, and based on what I know and believe Law values when scouting a player, I can see why he would rank Baltimore last. Similar to individual prospects, I believe that it’s best to probably look at these team rankings in “tiers”, rather than the specific ranking a team is slotted. That puts the Baltimore Orioles minor league system in the bottom tier of the league, which I don’t think many (but not all) people will argue about. Either way, I don’t think it’s worth getting worked up about though. At the end of the day, it is just one man’s opinion. It’s a very well-informed opinion, but still an opinion nonetheless.

There are a lot of other places to find differing opinions with respect to the Orioles prospects and I would encourage readers to do that. Baseball Prospectus, Baseball America, FanGraphs, and MLB all have good lists to consult and compare. Additionally, you can also visit the very thorough (and very excellent) Orioles prospect list here at BSL by Adam McInturff, if you haven’t already. It’s well worth your time.