Orioles Replace One Defensive Standout With Another In Freddy Galvis 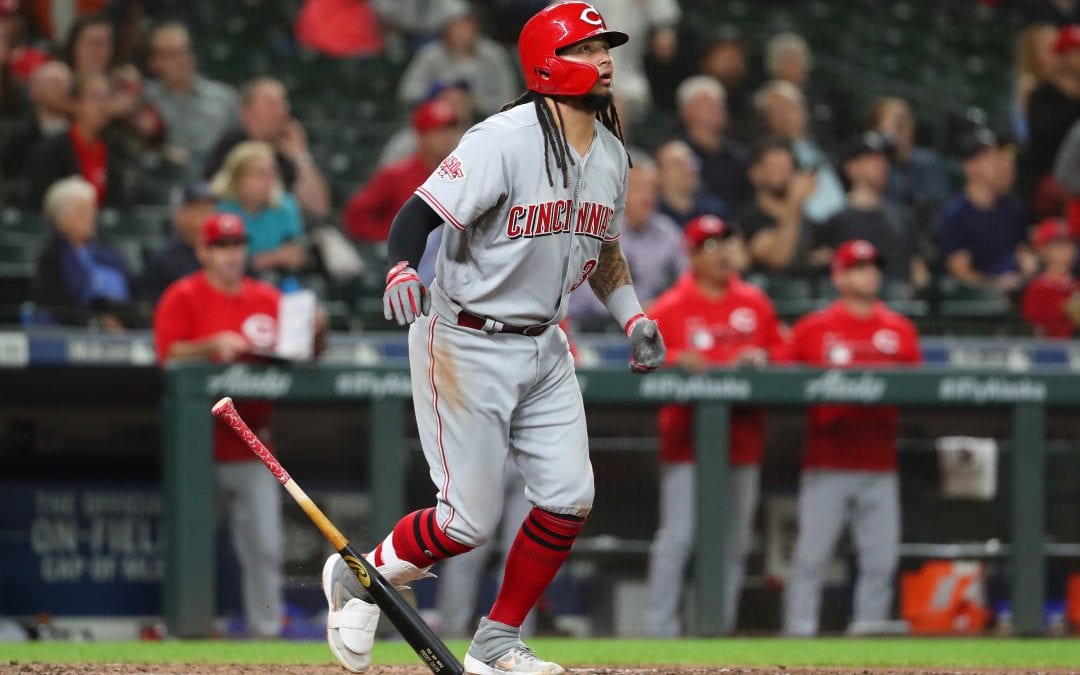 We’ve known that the Baltimore Orioles weren’t going to hand out very many, if any, major league contracts this winter, but after the trading of shortstop Jose Iglesias to the Los Angeles Angels for two pitching prospects, a major league-ready replacement became an immediate need.

The Orioles satisfied that need by inking free agent Freddy Galvis to a one-year deal worth $1.5 million for the 2021 season. This signing was an obvious fit since Iglesias was shipped out, and the Orioles now have not only one of the better defensive shortstops of the last few years, but a switch-hitter with a pop who will enjoy hitting at Camden Yards this year.

There weren’t very many free agents out on the market in the Orioles price range, with Galvis being the only veteran worthy of a starting role that wouldn’t demand a large contract at a time when the Orioles viewed both Hanser Alberto and Renato Nunez as too expensive to keep around. As a one year stopgap option, Galvis is a perfectly fine fit, one that will surely bring about his fair share of highlight-reel plays, and double-digit home run totals at the plate.

Galvis is coming off a bit of a weird year, but it was 2020 so you can’t hold that against him. Appearing in 47 games with the Cincinnati Reds, Galvis slashed .220/.308/.404 with seven home runs and a career-high wRC+ of 90. His 8.2% walk rate was also a career-high, while his 19% strikeout rate was a sharp drop from his near 25% rate in 2019. From an offensive standpoint, Galvis was on pace for a season very similar to what we have seen from him across his nine-year MLB career, spanning with the Phillies, Padres, Blue Jays, and Reds.

But the weirdness came with his defensive numbers. Typically a reliable defender, Galvis was worth -3 Outs Above Average, according to Baseball Savant and was simply an average defender by Fangraphs’ metrics. For comparison, Galvis posted a combined 23 Outs Above Average from 2018-2019 and outperformed his defensive expectations. Jose Iglesias was worth 14 OAA during that same time period, for reference. Having watched plenty of Reds baseball last year and covering the San Diego Padres when Galvis was a Friar, there didn’t seem to be anything big to point to as to what may have caused the odd numbers last year. The answer could be as simple as saying “2020”.

At the end of the day, the Orioles have themselves a reliable shortstop option with a well above-average glove at a prime position to help a very young pitching staff in 2021. And good luck keeping Galvis off the diamond. He played in all 162 games in both 2017 and 2018 and missed just 42 games over the last six seasons. That may mean no more Pat Valaike at shortstop and that’s worth every single penny of Galvis’ contract.

Offensively, he’s going to hit around .240 with a .300 on-base percentage and a slightly-below average wRC+, but he’s also going to hit 20+ home runs with 20+ doubles. Put him in Camden Yards and we just might see a slight bump in some of his numbers. If he can hit 13 home runs at Petco Park, 20 won’t be a problem at OPACY.

Considering that the alternatives before today were Richie Martin and Pat Valaika, Galvis is a fine option. In fact, pairing Galvis with recent Gold Glove winner Yolmer Sanchez at second base might end up being a pretty comfortable feeling for the starting rotation this year.