Who Are the Orioles’ All Stars? 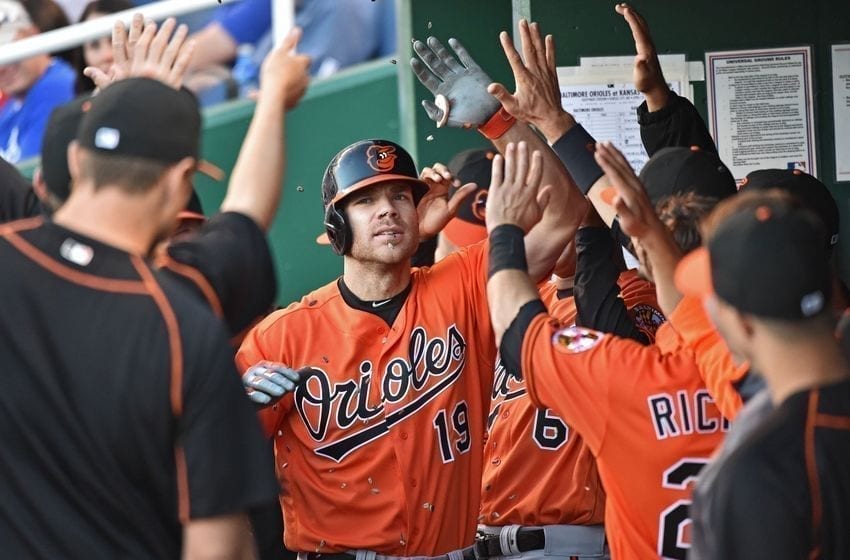 With a bit over a month left to vote on the American League All Star starters, maybe it’s time to take a look at what Baltimore Orioles might be representing in San Diego this year. The game is on July 12, and I suspect they’ll be releasing the first voting standings here in the near future.

Those ballots determine All Star starters, and we’ll get to that in a bit. First, let’s take a look at some of the guys we can disqualify, and some that might be on the fringes.

I think you’d expect to disqualify all of the starting pitchers. Kevin Gausman has been very good, but a) not good enough and b) not for long enough. So too has Chris Tillman, but he’s been good in more of a “if this team had just one representative” kind of way. Then again, he’s No. 5 in fWAR among AL starting pitchers, so maybe there’s a chance?

It’s a weird year for starting pitchers with guys like David Price and others having weird seasons, but I still think Tillman gets bumped because the focus will be elsewhere in terms of having O’s on the team.

Zach Britton would seem to be a shoo-in for the All Star squad. He’s been downright unhittable all season and one of the very best relievers in the game overall. I’d also include Brad Brach in the conversation; he’s fanned more than a batter per inning with very few walks, and has been nearly as good as Britton in a lot of ways.

Brach is just outside the top 10 in fWAR among AL relievers — not the greatest of evaluation tools but we’ve got to use something — and last year’s All Star roster had seven relievers. One was Darren O’Day, who is pretty much an equally viable candidate this year, but they did seem to go more middle reliever friendly. Brad Boxberger, Wade Davis, Dellin Betances, Kelvin Herrera and O’Day were all non-closer relievers who made it last year. Britton and Glen Perkins were basically the only traditional closers who made it last year, so maybe the O’s could sneak in a pair of middle relievers and Britton? I don’t think it’s very likely, though.

Offensively, I think Manny Machado will win the popular vote to start at third base. It might be close with Josh Donaldson — especially if Canada stuffs the ballot boxes — but Machado has been a lot better. Chris Davis will be in the mix at first base and I suspect he’ll make the team, but he’ll be taking a seat to Miguel Cabrera at first pitch. Second base is too stacked for Jonathan Schoop to make any noise — despite slugging nearly .500 — and in the outfield I don’t think Adam Jones will get going quick enough to make any waves in center.

Mark Trumbo is an interesting case. He’s had a whale of a season — .293/.345/.573 — but right field is a pretty strong spot this year, with Adam Eaton, Mookie Betts, George Springer, Nelson Cruz and Steven Sousa all having really nice seasons. If we can just strip it down to offense, Trumbo is having the best season of all. But defense matters and can’t, and probably won’t be overlooked. To me, that leaves Trumbo as one of the final vote candidates, perhaps.

Very likely in (75 percent or higher)

Brach or O’Day (one or the other)
Trumbo
Tillman

Who do you think is getting in? Where am I wrong? Chat about that here on the BSL boards!