Orioles: Three Areas Of Intrigue In A Shortened 2020 Season 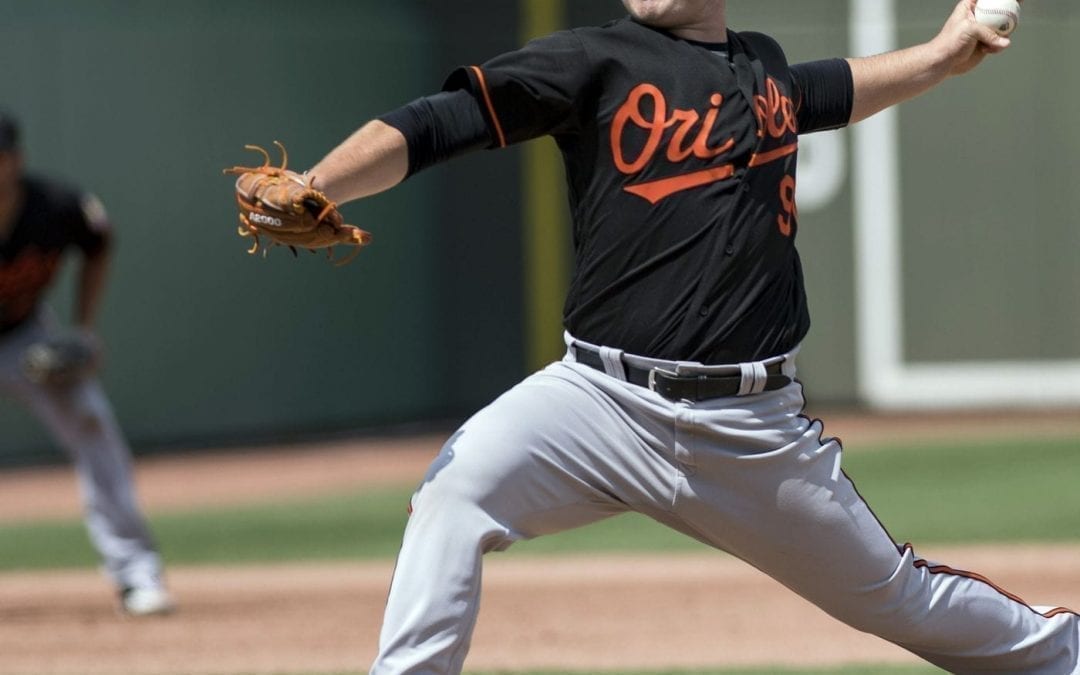 Even with a proposed shortened 2020 Major League Baseball season, the Baltimore Orioles aren’t going to be contenders, but that doesn’t mean Orioles fans won’t have a steady stream of intriguing storylines to follow, should we have baseball later this summer.

Just having professional baseball back here in the States is enough for me. I’ve learned my lesson to never take this game for granted, ever again. However, there are a few players/developments I’m anxious to closely watch in Baltimore as a 2020 season (hopefully) unfolds, and it all starts with the young guys.

As of May 21st, no official statements concerning the immediate future of minor league baseball have been made, but with the idea of having fans at live sporting events being far from the forefront of people’s minds at the moment and no plausible way of conducting a minor league season in a safe or financially beneficial way for already severely cash-strapped affiliates, it’s safe to say there will be no organized affiliate baseball in 2020.

No, Adley Rutschman isn’t putting on a Baltimore Orioles uniform and squaring off against Gerrit Cole in 2020, but we should see a large number of prospects get their first taste of the big leagues this season. There’s no reason to rush the development of the top guys like Grayson Rodriguez, DL Hall, and others, but it’s important to keep the more advanced prospects progressing in anticipation of a full 2021 season where we don’t have to sit and watch Tom Eshelman and Wade LeBlanc limp their way through 100 innings and instead and enjoy a long list of upper-level prospects learn through trial and error at the big league level.

Prospects such as OF/1B Ryan Mountcastle, LHP Keegan Akin, and LHP Bruce Zimmermann are about as developed as they are going to get without facing more advanced competition. Regardless of service time concerns, all three should be on the active roster and not on a taxi squad or at a spring training complex for an entire summer. There will be plenty of at-bats and playing time in the outfield available without Trey Mancini in the lineup and after John Means and Asher Wojciechowski, the Orioles don’t have a starting rotation, meaning a lot of innings for arms like Akin and Zimmermann.

There’s also a long list of prospects who have already had success at the Double-A level and were ticketed for Triple-A this season, before Covid-19 struck. Arms like LHP Zac Lowther, RHP Dean Kremer, LHP Alex Wells, and RHP Michael Baumann (RHP Cody Sedlock?) may not be fully ready for full-time major league duties, but an expanded roster and fewer games gives Baltimore the opportunity to ease pitchers like this group into action. Whether it’s short stints out of the pen just to get their feet wet or throwing two/three inning starts, all four of  these guys have earned an opportunity to showcase their stuff on the big stage. A very large group of arms in the system and the latest proposed season layout create a prime atmosphere for this particular set of arms.

We can’t forget about Yusniel Diaz. Diaz has been on The Verge (have you subscribed to our podcast yet?) of breaking into the major league lineup since his hot spring training in 2019, but injuries have continued to set him back. His cannon for an arm in right field is major league ready and his .299/.353/.867 slash with 16 extra-base hits in 28 July games last season with Bowie is a positive sign of what kind of offensive threat a healthy Diaz can be for the Orioles.

What about the Orioles bullpen? I really like this group and believe they will have an opportunity to shine in 2020 without fear of being overworked. Hunter Harvey and a correctly used Mychal Givens are a dominant duo in the backend of the bullpen. Givens posted a career-high 33% strikeout rate last season and owned a FIP (3.62) nearly a full run lower than his ERA (4.57), while Harvey was electric in his MLB debut with his 100 mph fastball and exquisite mane.

Tanner Scott struck out 14 hitters and walked just 3 in his 13 September outings to close out 2019, posting a 1.07 WHIP on the month. The lefty fireballer has proven he can be successful out of the pen, as long as he limits the number of free passes. At 25, he’s another young arm Orioles fans should still be excited about.

Outside of the veterans like Richard Bleier and Shawn Armstrong (both had solid 2019 campaigns if you dig into their numbers), there are still more names worthy of a closer look in 2020. Both Dillon Tate and Cody Carroll will have the opportunity to salvage some sort of value from the Zack Britton trade with New York. Tate saw little time in Double-A and Triple-A after converting to a full-time reliever, yet he still recorded a ground ball rate just south of 60% and had a 4.82 FIP, compared to his 6.43 ERA. A full offseason of work as a reliever should help him settle in this season. Carroll missed virtually all of 2019 with a back injury and is coming off a successful trip to the Arizona Fall League. He’s one of my sleepers to watch heading into 2020.

Lastly, I really want to see if DJ Stewart can secure a spot on this roster moving forward. I don’t blame you if you have written Stewart off and would rather have him out of the way to make more room for the likes of Mountcastle and Diaz, but I’m still clinging on to his stocks, hoping for a last second bounce-back.

Why? The 26-year-old has just 66 major league games under his belt and has some impressive numbers on his resume. Stewart recorded a 12% walk rate in 2017 with Bowie, an 11% walk rate the following year in Norfolk, and upped that to 13.7% in 63 Triple-A games last season. In his brief time in the majors, Stewart walked 9.9% of the time and struck out in just 18% of his at-bats. Fabulous walk numbers and respectable strikeout numbers have followed Stewart at every stop in the organization.

I’m a sucker for a good walk rate. Since 2015, Chris Davis is the only Orioles hitter to record a walk rate higher than 10% over the course of a full season. Manny Machado and Hyun-Soo Kim both did in just less than 100 games, no one else with at least 300 PA reached this mark since Steve Pearce in 2014.

The former first-round pick posted a 20/20 season (home runs/stolen bases) in 2017, highlighting his sneaky speed and power from the left side. He was just one of ten minor leaguers to do so in 2017 and was the first player in Bowie Baysox history to achieve the feat. Guys who can walk and be a disruptive presence on the basepaths have been a rarity on this roster. If Stewart can translate some of his minor league success to the big leagues, he could help the top of the Orioles lineup this season, one without a true leadoff hitter.

Stewart will be fully healthy, if the 2020 season begins, and will have to fight off a growing list of outfield prospects quickly working their way up through the system. Can he rise to the challenge and work his way into the conversation as a 2021 and beyond roster piece? His history tells me to hold out hope, just a little bit longer. However, a slow start or another long stretch of struggles will likely close the book on Stewart in Baltimore if Mountcastle and/or Diaz catch fire.

You could also add a few more names to this list who are in the same boat as Stewart. Anthony Santander still needs to show he can be consistent over a full season, but I’m more confident in his potential to be a very solid fourth outfielder on a winning ballclub than Stewart, at the moment. Rio Ruiz was one of the more improved hitters after the All-Star break in Baltimore, yet consistency is again the issue here and Rylan Bannon has a real opportunity to win the third base job and serve as a viable bridge option.

What about Chance Sisco? When I’m well rested, I can make an argument for Sisco, as I did a few weeks ago. But I have an 8-month old who has suddenly decided to stop sleeping so I don’t have the energy to fight for Sisco most days.

Preparing the rookies for a full 2021 season by having them on the big league roster now, watching a young and promising bullpen (I didn’t even mention everyone I wanted to here) work without being taxed by early June, and watching to see if players like Stewart can stick will all provide intrigue in 2020, even if the Orioles as a team won’t win many games.