The Orioles Won’t Be Good; There Is Still Plenty To Watch 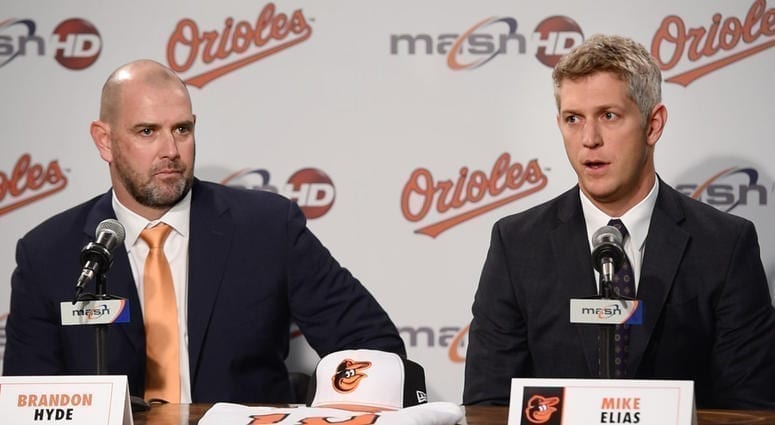 Opening Day and the beginning of the Baltimore Orioles 2019 season begins tomorrow in New York. Do you have your Orange & Black ready to wear? Are you excited?

Understandably, apathy is the general sentiment for the fan-base as this year begins.

The Orioles lost 115 games last year. They are beginning this season with a roster that might not be the favorite if they were playing in the NPB.

There is still plenty to watch.

I’ve spent a lot of time in the last year thinking about the ’88 and ’89 Orioles and possible parallels to ’18 and ’19. The ’88 season every bit as miserable as ’18. An 0-21 start. The firing of Cal Ripken Sr.  after 6 games. Everything that year culminating with the trade of future Hall of Famer Eddie Murray prior to ’89.

Everything that went wrong in ’88, brought about change, and the extremely enjoyable ’89 season. The ’89 Birds turned over their roster. They focused on defense, and fundamentals. They gave their best talents the opportunity to come up and push for spots. Frank Robinson instilled a culture where the roster came out ready to compete nightly. They battled.  It was fun to watch. 30 years on, it’s my favorite season as a fan of this franchise.

Baseball is currently flush with cash, but the disparity in spending among the teams is significant. Total Payrolls as ’19 begins range from $64M all the way up to $225M.

Everyone isn’t starting from the same point, so each organization is faced with decisions unique to them.

If you are the Baltimore Orioles, you know a couple of things. You know in the East, NY and Boston are not only well run organizations, but perennially among the leaders in payroll. If you are going to build an organization that can annually compete against the Yanks and Red Sox; you have to do a lot of things right. It’s not only Scouting and Player Development and Analytics, it’s acknowledging you have to have a higher success rate on how you allocate your own spending. Or maybe more accurately stated, the margin for error is reduced.  i.e. NY and Boston can more easily survive and move past a poor contract or two.

The O’s – knowing they can’t compete in ’19 – have a very minimal payroll here in ’19. It’s the right decision. They don’t need to spend money just to spend money. Hopefully with their reduced payroll they allocate some additional funds towards other areas within Baseball Operations.

O’s GM Mike Elias has stated that the decision to send Austin Hays back to the Minors (before his recent injury) did not have anything to do with Service Time.

Maybe not, but couldn’t really blame the O’s if it did.

If Hays was healthy, having him man one of the corner spots tomorrow in NY would be fun to watch. But there is nothing he could contribute in ’19 which would allow the O’s to compete in ’19. So better to gain another year of control, and hopefully have him under wraps for another season when the O’s will be positioned to win.

One thing I’ve complained about a lot for most of the past two decades is that I often thought the O’s didn’t operate with much of a plan. In the coming year, we may agree or disagree with points of Elias’ vision; but it’s clear he has a plan.

This team would be more interesting right now with Hays, Sisco, and Scott as parts; but Elias believed each needed more seasoning. The O’s have struggled with Development for years. Let’s see if that beings to change.

Here are some things to watch here in ’19:

1) Here’s the primary question of the year. Do the O’s improve their overall talent base? Be it through the Draft, International signings, Trades, and through their own Development; everything this season is about ending the year with a stronger organization.

2) Do Cobb, Bundy, and Givens pitch well enough to be moved in deals which bring back talent (and team control)? Do the O’s keep Villar around for sometime at 2nd, or do they move him out with a solid 1st half?

3) Seems unlikely that the O’s consider trading Mancini (productive, cheap, remaining control… plus giving him Jones’ locker seems to point to the organization looking him as a young leader), but I think it’s something Elias will consider.

4) Is Mullins a AAAA player? A 4th OF? A viable starter? The defensive metrics hated him last year. His arm is considered below average. Does he look better in the OF this year? Show good range? What does he do offensively over a full year? Can he hit lefties? Get on-base at a solid clip?

5) People have long loved Martin’s glove. He seemed to get strong reviews this Spring. How consistent is his defense? Can you count on him to make every routine play? If he’s struggling offensively, can he avoid taking those struggles into the field? Have to expect a period of adjustment at the plate. You just don’t want to see him be overwhelmed.

5a) Just how versatile is Jackson? If the O’s move Villar, does Jackson take over at 2nd?

6) The O’s have 6 road games before the Home Opener April 4th. Nobody needs some early positives more than Davis. Can he make adjustments? Can he rebound from last year? If he can’t, how long a leash does he get before he is benched? If it’s July and he’s struggling, will the O’s part ways? You’ve got the limited payroll this year (and in the next few seasons) to make it more palatable.

7) Trumbo is beginning the year on the 60 Day IL.  Will the O’s find room for him when he’s ready to come back? If so, will he do enough over June and July that the O’s can move him?

8) Nunez and Ruiz are probably not long-term answers, but they might give the O’s decent production this year at 3rd. Opportunity exists for both, who takes advantage?

9) With Trumbo out, you can use Mancini more at DH.  (Also Nunez.) With Mancini at DH, the O’s can use Rickard and Smith on the corners. Both are guys that should be 4th or 5th OF’s, but they can give the O’s a quality defensive OF.

10) Hess and Wright are beginning the year in the rotation. I don’t believe in either one as starters. I do think both can help a team though. I’m interested to see what the new coaching staff gets out of them. What adjustments are made.

11) Sisco is heading back to Norfolk.  Does he go back to AAA, and have the right attitude? How quickly does he earn his way up? Do you end the year believing in him offensively, and as a ML catcher?

12) Araujo can go back to the Minors in about 17 games. Is Scott up then? Is the control improved? Used in higher leverage situations?

14) What do the O’s do defensively with Mountcastle? Wherever they park him, is there improvement?

15) Do we end ’19 believing Harvey will be in a position to contribute to the ’20 Orioles?

16) Will McKenna and Lowther do enough this year to be in-line to challenge for roster spots next year? Does Santander get 500+ ab’s this year? Does he do enough that you start factoring him into potential future lineups? Stewart looked like a good bet to start with the O’s this year when Spring Training began. Does he go rip up AAA, and earn a promotion?

17) When ’19 ends, do you have two or three bullpen arms out of Kline, Pop, Carroll, Phillips, Yacabonis, Hess, Ramirez, Means, Fry, and Rogers that you feel good about?

18) When ’19 ends, will you be confident that out of Ortiz, Akin, Kremer, and Tate you have one or two legitimate options for the ’20 rotation?

19) How productive are DL Hall, Rodriguez, and Knight and where do you see their ceiling as the year ends?

There aren’t going to be many fans in the stands this year.  Definitely not until some more of the younger talent begins to ascend to the Majors.

The losses will mount, and many fans will be disillusioned by being in the beginning days of a rebuild.

There are plenty of things to watch and care about though if you are a fan of the Orioles.

A new year and a new era is officially beginning!