Orlando Brown Jr. decision looms with 2021 NFL Draft less than a month away 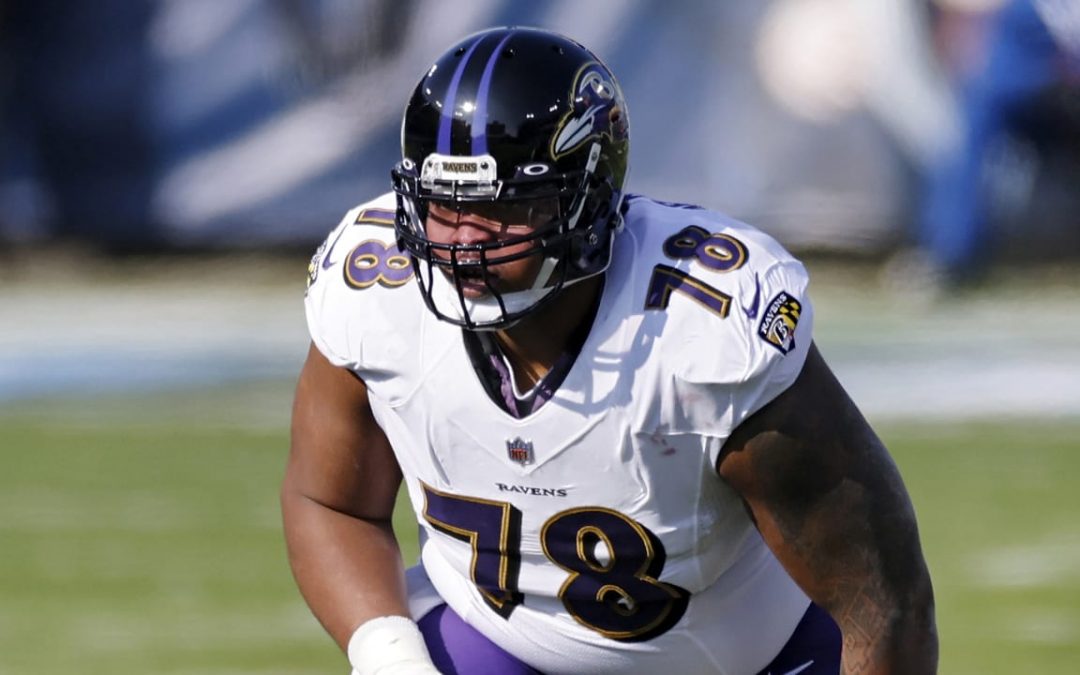 Nearly a full month has passed since the kickoff of free agency, and the Baltimore Ravens look considerably different in several areas. The team watched as their two most-talented edge rushers departed for lucrative multiyear deals elsewhere while bringing in wideout Sammy Watkins to provide a boost to the receiving corps and veteran guard Kevin Zeitler to anchor the interior of offensive line.

Since joining the Ravens as a third-round pick in 2018, Brown has established himself as one of the key pieces along the offensive line and one of the better right tackles in the game. In 48 regular-season games, he has allowed just six sacks and 64 total pressures, according to Pro Football Focus. Brown has raised his performance even higher during the playoffs where he has yet to allow a single sack. And critically, when franchise left tackle Ronnie Stanley suffered a season-ending ankle injury during Week 8 last year, Brown shifted over to the blindside and didn’t miss a beat. By any objective measure, the 24-year-old Brown has proven himself one of the game’s most-dependable offensive tackles.

And perhaps that explains Browns’ demands this offseason. In January, he proclaimed himself a left tackle on Twitter and expressed his desire for a trade to a team where he could play the offensive line’s premier position. “It’s never been about the money,” Brown said on social media. “I’m so appreciative for this organization and all my teammates. I couldn’t thank (Baltimore general manager Eric) DeCosta enough, he’s [an] incredible football mind and one of the best men I know. I want to live out the dream my dad had for me.”

With Stanley returning to health and just months removed from a massive multiyear contract extension, it appears highly unlikely the Ravens would give Brown the chance to remain at left tackle. Accordingly, it stands to reason that a trade represents the best outcome for both Brown and the franchise.

But while the Ravens surely didn’t plan to ship off an offensive tackle of Brown’s caliber so early in his career, they can still benefit greatly from a trade. Even with the 2021 NFL Draft less than a month away, teams in need of a solution at left tackle do not have an obviously superior option to Brown, who can walk in and lock down the position for the foreseeable future. Baltimore can realistically expect a return of a first-round pick — and perhaps even more — in exchange for Brown’s services. NFL Network’s Mike Garafolo reported that six teams have already expressed interest in obtaining the massive offensive lineman, a sign of a robust market.

The Ravens would feel elated about turning a third-round pick and three good seasons of service into a first-round selection, but they would still need to acquire Brown’s replacement following a deal. Fortunately for the team, the incoming rookie class appears to have no shortage of enticing options at offensive tackle. Even at the team’s current draft position (No. 27 overall), Baltimore has a realistic shot at prospects such as Oklahoma State’s Teven Jenkins, Virginia Tech’s Christian Darrisaw, and Michigan’s Jalen Mayfield. If Baltimore secures an earlier 2021 pick in exchange for Brown, perhaps Northwestern’s Rashawn Slater could also become a plausible target.

Regardless of the exact manner in which the Ravens navigate Brown’s trade request, they have the opportunity to extract considerable value for their prized offensive tackle without sacrificing too much in terms of on-field play in 2021.

State of the pass rush

The Ravens understandably chose not to more aggressively pursue Judon and Ngakoue. While talented, the duo combined for just 65 total pressures for Baltimore last season, according to Pro Football Focus. For comparison, Judon alone produced 62 pressures in 2019. And while the Ravens didn’t feel the pandemic-related cap crunch as significantly as other teams, they needed to reserve resources for quarterback Lamar Jackson’s inevitable massive extension and other upcoming expenses.

Given the way in which the Ravens typically build their defenses, their next star pass rusher will most likely come from the draft. However, with the team in win-now mode, it makes sense for the front office to consider a short-term veteran option to boost the defense while the rookie develops.

Fortunately for Baltimore, a few reasonable options remain on the open market. Former Los Angeles Chargers pass rusher Melvin Ingram hasn’t seen his market develop due in part to an injury-shortened 2020 campaign and could fit well into the Ravens defense. If healthy, his production should look more like his 2018 and ’19 campaigns when he averaged 55.5 pressures.

In a similar vein, the Ravens could kick the tires on Justin Houston. The veteran edge rusher resurrected his career with the Indianapolis Colts, producing 19 sacks over the last two seasons while leading the defense in pressures over that stretch. Houston would only play a limited role in Baltimore, but his ability to get after the quarterback remains intact and worthy of consideration.