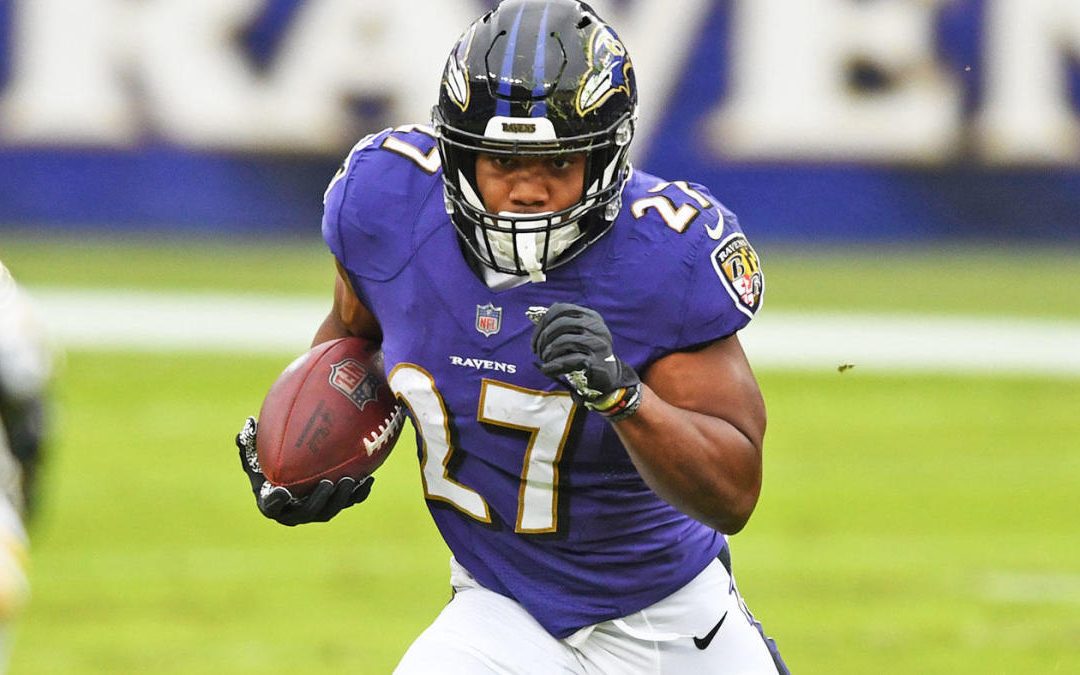 “The NFL is a passing league.” How many times have we heard that refrain over the last decade or so? Offenses in general, passing games in particular, have gotten more complex. Empty backfields and throwing the ball on 3rd and 1 have become more commonplace. Football fans, fueled by fantasy football numbers and memories of the back and forth shootout between Kansas City and Buffalo in last year’s playoffs would love nothing more than for their team to replicate the high flying offenses lead by the likes of Patrick Mahomes and Josh Allen. Contrary to popular belief, offensive production can come in many shapes and sizes and there’s more than one win to win in the NFL.

Even though training camp is just underway, no meaningful snaps have taken place and the final 53 man roster is yet to be determined, the Baltimore Ravens have given us a fairly clear signal of their intentions for the 2022 season; they’ll be turning back the clock.

Let’s take a look back at how the roster has been taking shape and where the Ravens have focused resources since the close of the 2021 season.

Revamping and reinforcing the offensive line has been a clear focus for the organization. On December 30th of last year, the Ravens gave the versatile Patrick Mekari a 3 year contract extension. Mekari is everything you could want in a proverbial “6th man” on the offensive line, as he can fill in adequately at all 5 positions. Early in free agency, Baltimore inked right tackle Morgan Moses to a 3 year contract. Moses should provide a stability on the right side, which has suffered since midway through the 2020 season when Orlando Brown Jr had to flip to the left side to fill in for the injured Ronnie Stanley. To shore up the middle of the line, a draft day trade, which put the Ravens back into the 1st round, netted Iowa center Tyler Linderbaum. By all accounts, Linderbaum should immediately step into the starting lineup.

In spite of the focus on upgrading the offensive front, some questions still remain. There’s a battle for the left guard spot between Tyree Phillips, Ben Powers and, now that he’s passed his conditioning test, Ben Cleveland. The biggest question, and perhaps the key to everything the Ravens hope to do this year, is the health of All Pro left tackle Ronnie Stanley. Unfortunately, I don’t believe we will know where Stanley and his reconstructed ankle are anytime soon, as I’m sure the Ravens will keep Stanley’s status close to the vest.

I previously mentioned the draft day trade to acquire Linderbaum. As we all know, it was former 1st round pick Hollywood Brown that was dealt to Arizona in return for that pick. Reports surfaced that Brown had requested a trade at the end of the season. Interestingly enough, DeCosta and company did not make a concerted to fill the void at wide receiver as a result of Brown’s departure. Instead, the Ravens selected 2 tight ends (Isiah Likely and Charlie Kolar), along with Missouri running back Tyler Badie, who is solid route runner with good hands. As of this moment, the wide receiver position is being manned by Rashod Bateman, Devin Duvernay, James Proche and Tylan Wallace. Behind those four is a group of undrafted rookie free agents and few developmental holdovers from last year. Barring a late summer acquisition of a veteran free agent or the ascension of one of the unknowns, the Ravens could potentially break camp with 4 wide receivers. And believe it or not, that’s ok in my eyes.

Even as we see some camp highlights of various back shoulder throws from Lamar Jackson, along with Lamar working under center and hear Greg Roman heap praise on how Jackson is throwing the ball, I believe we’re going to see as close to a redux of the 2019 offense as possible.

A big piece of the 2019 offense was traded away when Hayden Hurst was dealt to Atlanta. Even though Hurst’s stats were not eye popping with the Ravens, not having him as a part of the offense the last 2 years has been palpable. With the drafting of Likely and Kolar (along with a return to health for Nick Boyle), the Ravens can effectively use multiple tight ends sets to throw out of, as they will have legitimate pass catching options behind Mark Andrews. By being able to be “multiple” out of 2 or 3 tight end sets, that look should certainly present problems for opposing defense in the upcoming season. In creating that doubt of whether it’s run or pass, more space should open up for the running backs to operate as well. This is turn could lead to improvement on yards gained on 1st down, which is a huge key to overall success. To give you an idea of this, check out the numbers for the Ravens in 2019 vs 2021:

Setting yourself up with better down and distance allows the offensive play caller to have more options, keep the chains moving, keep the offense on the field and keep the defense on the sideline, sipping Gatorade. It may not be quick strike, high flying or vertical but it certainly is effective.

I’m certain that a segment of the fan base would audibly groan at this notion. Many fans believe that the Ravens need to attack more through the air and are fed up with Greg Roman’s offense in general. Don’t misunderstand me, I don’t think Roman is above reproach by any stretch of the imagination. His in game play calling can be head scratching at times and his inability to scheme receivers open can certainly be frustrating. With that said, how quickly many have forgotten that the 2019 Baltimore Ravens set an NFL single season rushing record, led the league in points scored, passing touchdowns, total touchdowns and time of possession.

Perhaps last year’s fall from 8-3 to 8-9 and out of the playoffs, along with the rather pedestrian display from the offense down the stretch has soured fans on a run heavy approach. Maybe the playoff losses in 2019 and 2020 still resonate with the fans. Or, as previously mentioned, seeing the more pass efficient offenses around the league have left fans longing for that type of attack in Baltimore.

With a revamped offensive line, a rebuilt tight end corps and running back room returning to health, all the signs are there. Regardless of how the fans may feel, the Baltimore Ravens appear to have a built a roster that’s poised to party like it’s 2019.