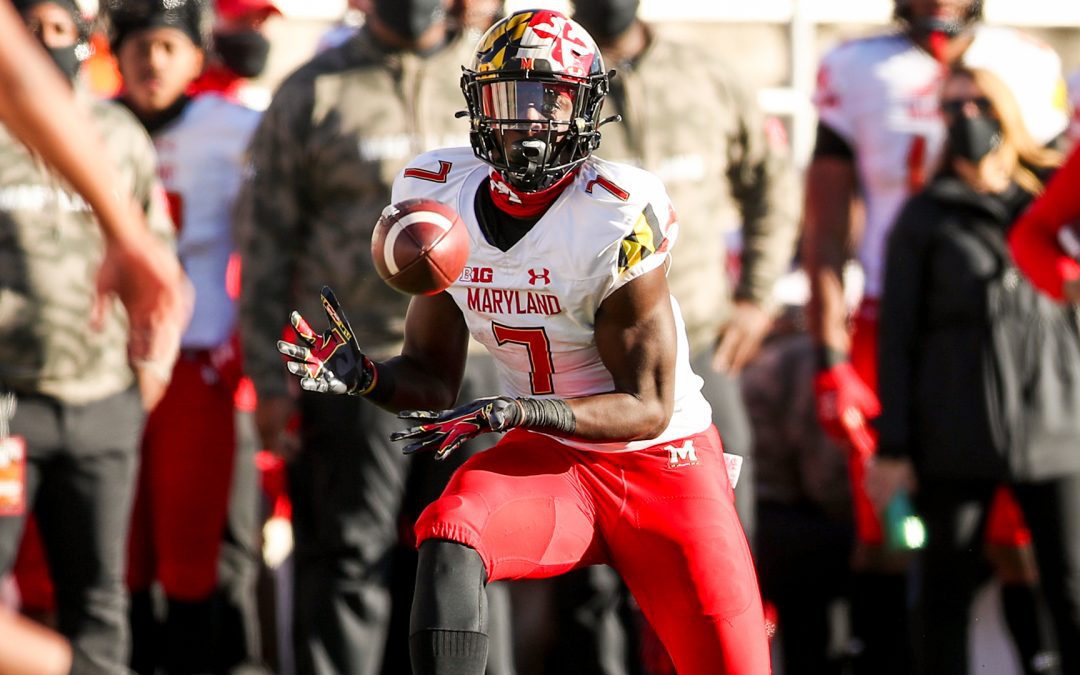 Maryland football is around the corner with a little over a month left until the 2021 season opener against West Virginia. And with games on the horizon comes preseason award watch lists.

So far, several Terps offensive players have picked up watch list nods, which should mean there’s plenty to look forward to on that side of the ball this season.

It’s no surprise that starting quarterback Taulia Tagovailoa is receiving some national attention. Senior wideout Dontay Demus Jr. also has the body of work and physical attributes that make him a relatively obvious choice for his position’s award. But some may be surprised to see senior running back Tayon Fleet-Davis getting some love after an up-and-down career so far at Maryland.

Let’s take a closer look at the hype surrounding these Terps and the Maryland offense as a whole.

The 85th annual Maxwell Award will be awarded at the end of this season, and Tagovailoa has been named to the watch list for the prestigious honor. Since 1937, the Maxwell Award has recognized the top player in college football’s Football Bowl Subdivision (FBS) regardless of position.

Tagovailoa is Maryland’s first player on the Maxwell Award watch list since current Pittsburgh Steelers running back Anthony McFarland in 2019 and the first Terps quarterback to be named to the watch list since Danny O’Brien in 2011. A Terp has never won the award.

The Ewa Beach, Hawaii, native will look to be the first Maxwell recipient to don a Maryland uniform and he’ll do so in his second season with the Terps. In year one, he impressed as a starter, albeit in a shortened, hectic, pandemic-alerted season. Tagovailoa completed 61.4% of his passes for 1,011 yards and seven touchdowns in four games last season. He led the Big Ten in yards per completion (13.48) while finishing second in the conference in passing efficiency (138.5) and third in passing yards per game (252.8).

Demus probably could have entered the draft after last year and had a good shot at turning pro. But he decided to come back for a reason, and I would assume part of that reason is to win. Not only win more football games, but also win more awards, win more one-on-one matchups, win more 50/50 balls. He’s not coming back for his senior year to take a step back. There’s no reason to think Demus doesn’t believe he can be the best receiver in college football, and that’s exactly what the Biletnikoff Award recognizes.

Demus is the first Maryland wide receiver to be named to the Biletnikoff Award preseason watch list since Stefon Diggs did it in back-to-back years in 2013 and 2014. D.J. Moore was added to the watch list midseason in 2017.

The senior wideout was an All-Big Ten Selection last year and led the Terps in receptions (24), receiving yards (365), and receiving touchdowns (4). He started in all five games he played in as a junior and hauled in a touchdown reception in four straight games to end the season.

Demus is currently 11th in program history in touchdown receptions and with one more touchdown grab would move to ninth on the all-time list, tying Marcus Badgett (1989-92) and Barry Johnson (1987-90).

Maryland will have no shortage of receiving targets to spread the ball around too this season. So Demus’s biggest threat to winning this award might be ball distribution amongst his teammates. But the senior should be top dog in the pecking order (maybe 1A with Rakim Jarrett being 1B) and will be one of the Terps’ best red zone targets.

Fleet-Davis is a senior who has played 29 games at Maryland and has 619 yards and 10 touchdowns in his career. These aren’t exactly eye-popping numbers that scream Doak Walker Award, but Fleet-Davis’s career was derailed by a team suspension that kept him off the field for pretty much all of last season.

The Oxon Hill, Maryland, native is a versatile back who is back on track and presumed to lead the Terps’ backfield in touches while also having a large role in the passing game. The senior is also Maryland’s most reliable backfield blocker, which should also help keep him on the field in 2021.

Despite Fleet-Davis’s all-purpose capabilities and experience, offensive coordinator Dan Enos will likely want to rotate him with sophomore runners Penny Boone and Isaiah Jacobs. But we’ve seen multiple Maryland runners, especially the lead back, put up some big numbers in recent years. So while Fleet-Davis is a big longshot to bring home the Doak Walker Award given to the nation’s best running back, he might come closer than many think.