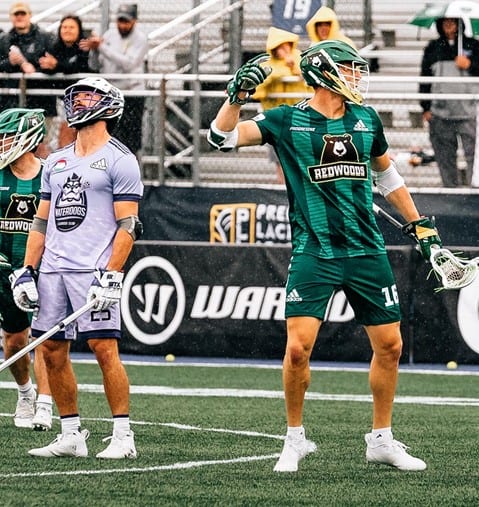 The PLL’s third season is officially halfway complete, and we are getting a much better look at how each of the eight teams fare this season. A few teams have been getting it done so far but the league is very balanced through four weeks of play. The Whipsnakes (4-1) have shown themselves to be the frontrunner as expected and the Cannons (1-4) have disappointed thus far despite having lots of talent on their roster. Five games in Minneapolis next weekend will show even more how the final standings will end up as the two bottom teams in the standings (Waterdogs and Cannons) have two games to play.

The Archers and Chrome had what some would call a defensive stalwart on Friday night in Long Island. Both teams had major scoring droughts in the second half after playing to a 5-5 tie at halftime. Colin Heacock (Boys’ Latin) had the eventiual game winner with 13 seconds left to end the Archers undefeated season and bring the Chrome to 2-2.

It is a big win for the Chrome, as they have shown they can compete with the best teams in the league, beating both of the top-2 teams so far. They have their work cut out for them to improve their postseason position but should be dangerous in the late regular season.

A crazy fast start from the Waterdogs was matched and one-upped by three big quarters from the Redwoods that allowed them to come out with a high scoring win. After a 7-3 first quarter that was built by a combination of tough play in the middle of the field and turnovers off TD Ierlan faceoff wins, the Redwoods came storming back to tie the game at 10 at halftime. Sergio Perkovic and Connor Kelly both had massive eight point performances to help their teams. Both goalies did not have great games and were pulled in the second half. Jack Kelly played his first game back since a major knee injury which sidelined him since he began in the PLL and led the Redwoods to a solid second half and a victory. The difference however was TD Ierlan down the stretch, who won most of the faceoffs in the fourth quarter and was able to get the ball when the Redwoods needed it most, late in the fourth with the lead. The game featured three two-pointers including this logo ball from Connor Kelly to beat the first quarter buzzer

Paul Rabil, co-founder of the league, scored early and cemented himself as the leading points socrer in the history of professional outdoor lacrosse with 644 career points. The Cannons, however, have struggled as of late and now sit at 1-4 in last place. They met their match in Blaze Riorden on Saturday who had 18 saves to help the Chaos secure their second straight win. Led by their Canadian style of play with Byrne, Smith, Cloutier, and others they had a balanced offensive effort with nine different players scoring a point and four players with 4+ points. Aftee a weekend with 0 points, Lyle Thompson was only able to put up one goal on the afternoon. It was a 9-2 second half scoring line that allowed the Chaos to come away with their second straight win as they look good.

Without Matt Rambo, the Whipsnakes had to rely on others such as Brad Smith to score and move them to 4-1 on the year. Zed Williams, who was listed as questionable, did play and was able to put up four points on the afternoon.

A few quick stats that stand out are Joe Nardella going 72% at the faceoff x which was able to put the Whipsnakes in plenty of offensive opportunities. The shots were very lopsided as Whipsnakes poured in 53 to the Archers 29. On the other end the Archers were getting all their shots past Kyle Bernlohr, who only had 4 saves to 14 goals allowed. The game was very back and forth with three equal quarters and the third quarter the only quarter that the Whipsnakes outscored the Atlas by one goal. Grant Ament soared into the league lead for points with 22 overall and four on the afternoon including this ankle breaking goal of the leagues best long stick midfielder.

The Atlas have been on a roll lately, winning their second in a row and third of four. Bryan Costabile has been a menace for the Atlas lately and with the emergence of first overall pick Jeff Teat the Atlas seem to have what they were looking for after trading their big names in the offseason and transitioning to a younger squad. Costabile had a six point outing and a 6-1 second quarter allowed the Atlas to get some legs under them in this game. The Chrome were able to put in three straight to start the fourth quarter and cut the lead to two, but Trevor Baptiste didn’t lose a faceoff the rest of the way and the Atlas were able to score four straight to end the game. After a big Friday night win from the Chrome, they drop this one and sit at 2-3. The difference was three two-pointers from the Atlas, and coach Ben Rubeor and company should be pleased with where they stand right now.

The PLL heads to Minneapolis next weekend and the two last place teams (Cannons and Waterdogs) have two games and a chance to rise in the standings. The games in Minneapolis are the last before the July 18th All-Star festivities in San Jose and then a week off before games in Colorado Springs on the weekend of July 30th. Still plenty of time for teams to chip away at a playoff spot, but these games are becoming much more important with only three regular season weekends (4 games a piece) to play.