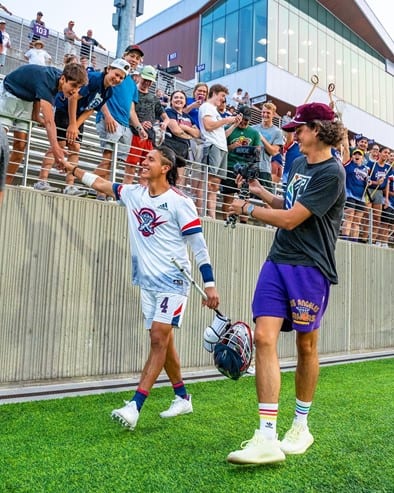 Boy, oh boy what a weekend the PLL had in Minneapolis. In their last weekend of action until the end of July, a few teams got the monkeys off their backs and made a run up the standings, leaving this week’s Power Rankings the hardest to put together yet this year. The updated standings below are bizarre, and include a Waterdogs team ranked 7th jumped up to 2nd and their playoff hopes look more and more realistic after winning two games this past weekend.

The Atlas, Redwoods, and Cannons rounded out the three other wins on the weekend, and sit much better in the standings than they did last week. With just two regular season weekends left to play (Colorado Springs and Albany), each team besides the Waterdogs and Cannons will play three games. This makes the two win weekend out of the Waterdogs that much important and the win Sunday night from the Cannons the biggest win of their season. If both were to finish the season 0-2 and finish 4-5, I could still see a scenario in which they both make the playoffs. The road is going to be tougher for the Waterdogs (vs Whipsnakes, vs Atlas) than the Cannons (vs Atlas, vs Chrome), but like they say, “Any Given Sunday” one team can come out an beat another team.

It was sheer and utter domination from the Waterdogs on Friday night, taking down the Cannons 19-7 in a massive game for both teams. The main story of this game was Jake Withers, who went 77% at the faceoff x and allowed for the crazy shot advantage for the Waterdogs (50-28). This was a bad bad loss for the Cannons who needed a win here, and a revitalizing win for the Waterdogs, who just as badly needed a win. The Cannons are going to need to win 2 of 3 to end the year.

The Redwoods were finally able to avenge their championship loss in 2019 and take down the Whipsnakes, showing them their second straight loss of the year. Without Rambo, Abbott and Erhardt, the 2x defending champions struggled and couldn’t get many past Tim Troutner, who was back on his game and recorded 17 saves after getting pulled last weekend. Rookie of the Year frontrunner TD Ierlan won his matchup against one of the better faceoff men in the league, Joe Nardella and Matt Kavanagh, Heningburg and Myles Jones all recorded hat tricks offensively. The Redwoods moved up to #1 in the standings and hold the scoring differential tiebreaker over Waterdogs, Atlas and Whipsnakes. Archers, Whipsnakes, Chaos remain for the leagues #1 team.

The Atlas’ young crew continued churning along, putting up 16 in a solid win over Chaos and the league’s best goalie, Blaze Riorden. Ben Rubeor seems to know what hes doing with this young offensive minded team, as Jeff Teat had another outstanding game with four goals and four assists. Trevor Baptiste went 70% at the faceoff x which was most likely a key to winning this game against the league’s best goalie. The Atlas almost doubled the Chaos in shots, and put 14 more on cage. With Chrome, Cannons and Waterdogs remaining, I wouldn’t be surprised to see the Atlas get the bye to the quarterfinals and rest their young legs in preparation for a playoff run.

The Waterdogs showed they still had some fight left in them on Sunday afternoon, winning their second game of the weekend in quite dominant fashion once again, beating the Chrome 12-6 and stepping into the All-Star break on a two-game win streak. The Waterdogs have won four games this year, all coming on the weekends they have played the doubleheader. Only the Redwoods in week 1 are another team who has won two games in a weekend. A 5-0 third quarter gave the Dogs a 12-4 lead and they held on the rest of the way. They were extremely balanced offensively with ten different players registering a point. Eli Gobrecht ate Jackson Morrill’s lunch with 3 caused turnovers on him, and specialty players Jake Withers (59% FO) and Dillon Ward (60% SV) gave the Waterdogs the edge to end the weekend 2-0.

The most entertaining and exciting game came on Sunday night, when a struggling goalie in Nick Marrocco stood on his head throughout the game and in the final minute, securing a 13-12 win with an amazing save with under 10 seconds left. The win saved the Cannons season and gave the Archers their third straight loss. With a win on Sunday night, the Archers would have sat in 1st place and 4-2 (+24 SD). Instead they dropped to 3-3 and 5th place with three tough games left on the schedule. Lyle Thompson was back in the scoring department in a big way, as he had nine points on five goals and four assists. Stephen Rehfuss had a big game as well with five points and is in the Rookie of the Year conversation with TD Ierlan and Jeff Teat.

In the next five weekends, the PLL will have two regular season weekends and the All-Star festivities this coming weekend in San Jose. It is a good chance for many of these guys to recharge their batteries, get a couple weekends off and come back for essentially the second half of the regular season and the playoffs. I am expecting results that many didn’t see coming as I think the league is extremely deep with talent this year. It is going to be very challenging for the Whipsnakes to end the season with the crown once again for their third straight, but to do so they will need to have guys return from this break healthy and ready to go. For now we sit back and wait, but come the end of July and August everything is going to be moving full speed ahead once again.