PLL Week 4: Off to Long Island 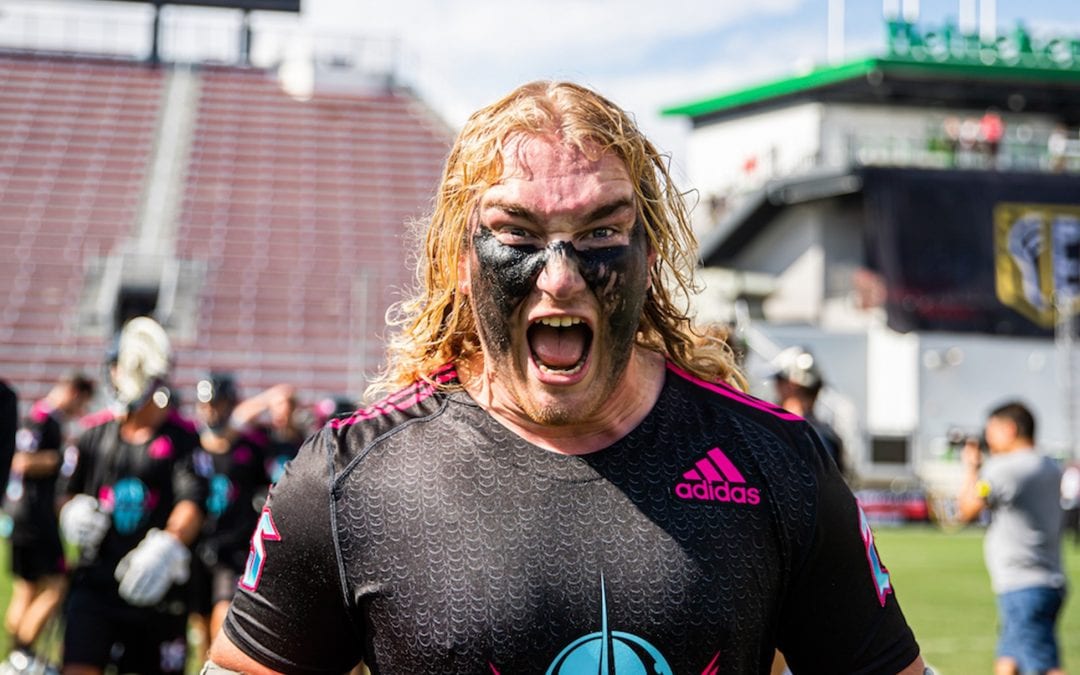 The PLL is off to Long Island this weekend for week 4 of regular season action. This weekend will mark the halfway mark of regular season games in a season that feels like it is going much faster than the abbreviated 2020 three-week bubble season came and went. As it stands, the Archers are pretty much the only team that has jumped out to a fast, commanding start, as they sit at 3-0 in the standings with a +25 scoring differential. One out of seven teams will miss the playoffs later this summer, but as of now all seven playoff spots are still up for grabs. The next two weeks are huge in terms of setting yourself up for a playoff run after the All-Star hiatus. This weekend’s action will be played on the campus of Hofstra University beginning Friday night at 7pm with Archers vs Chrome.

I think this is the first trap game for an Archers team that is dominating the PLL this season. The Chrome are coming off their first win of the season (and a pretty big one, ending the Whipsnakes 11 game win streak) and they have some momentum on their side. 32-year-old John Galloway was awesome in the net last week, stopping 21 shots and the Milk Man Connor Farrell did his part slowing down Joe Nardella. Unfortunately, the Chrome defense are going to have to slow down the big Archers attack in Holman, Manny and Ament, not to mention Tom Schriber running from the midfield. If the Chrome are able to keep it close throughout the game, Farrell could give them some extra possessions that might swing the game in favor of Chrome.

This matchup of 2-2 teams is one of those games that will be huge for playoff implications down the road. Both teams have shown flashes of the good and the bad but I give a major advantage to the Redwoods here for having TD Ierlan (66% FO on the year). Jake Withers should put up a battle but Ierlan is the favorite to win this matchup. Tim Troutner holds the edge in the net so far this season over Dillon Ward. The Waterdogs have been lit up defensively and are saving the ball at 42% compared to the Redwoods’ 57%. I am liking the Redwoods chances to have the ball on the offensive end and capitalize, while the Waterdogs will rely on their balanced offensive depth to score. Rookie Michael Sowers will not play again due to the concussion he suffered week 1.

The Cannons are the best 1-3 team in the league. Therefore they should have no problem beating the only other 1-3 team, Chaos. Paul Rabil’s gang have lost all three of their games by only one goal. They have offensive firepower (Lyle Thompson, Paul Rabil, Andrew Kew) and are led in the back by Brodie Merrill and Jake Pulver, both of whom have been solid defensively. They are the highest scoring offense in the league but they will be running right into a brick wall in goal this weekend in Blaze Riorden. The Albany product is saving 60% of shots on the year but he has also been seeing plenty of rubber. You will be seeing a lot of offense in this game so the big matchup for me to watch is the goalie battle. I wont forget to mention too that Chris Hogan could be in the lineup once again this week as Cannons SSDM Tyson Bell is questionable this weekend.

The Archers could emerge from this weekend the frontrunner to win the whole thing if they win both games. Fortunately for them Matt Rambo will not be playing due to the wrist injury he suffered this past Sunday and Zed Williams is questionable due to a lower body injury. Unfortunately for them the Whipsnakes will be their second game of the weekend. Missing two of the best players in a regular season game might provide a chance for some of the young guys to step up and get some real experience before the postseason. Ryan Tierney, Chris Aslanian and Simon Mathias should get solid playing time in this one. The Whipsnakes also have a defense that can slow down the best offenses and a favorable faceoff matchup with Joe Nardella. They will have their hands full with Manny, Holman, Ament and Schreiber but the combo of Erhardt, Dunn, Muller and Young are the best in the league. It will be a fun matchup to watch the world’s best offense against the world’s best defense.

The Chrome are also playing their second game of the weekend against one of the hottest teams in the league. The Atlas took it to the Whipsnakes Friday night at Homewood before scoring 18 against the Cannons Sunday. Jeff Teat had his coming out party so I would look for him to continue being assertive this Sunday in Long Island. If the Atlas can get a few around Galloway early, look for this to be a shootout like last weekend was. Depending on how the Friday night game goes could point towards how the Sunday game goes for the Chrome, as the Atlas have the advantage of rest here. I still think the new look Atlas are the favorites in this one and are playing well under coach Rubeor.

We are halfway thorough the PLL regular season and it is a big time for teams to get quality wins en route to the end of the regular season. All of these games should be competitve up at Hofstra this weekend. PLL week 4 begins Friday night at Hofstra.