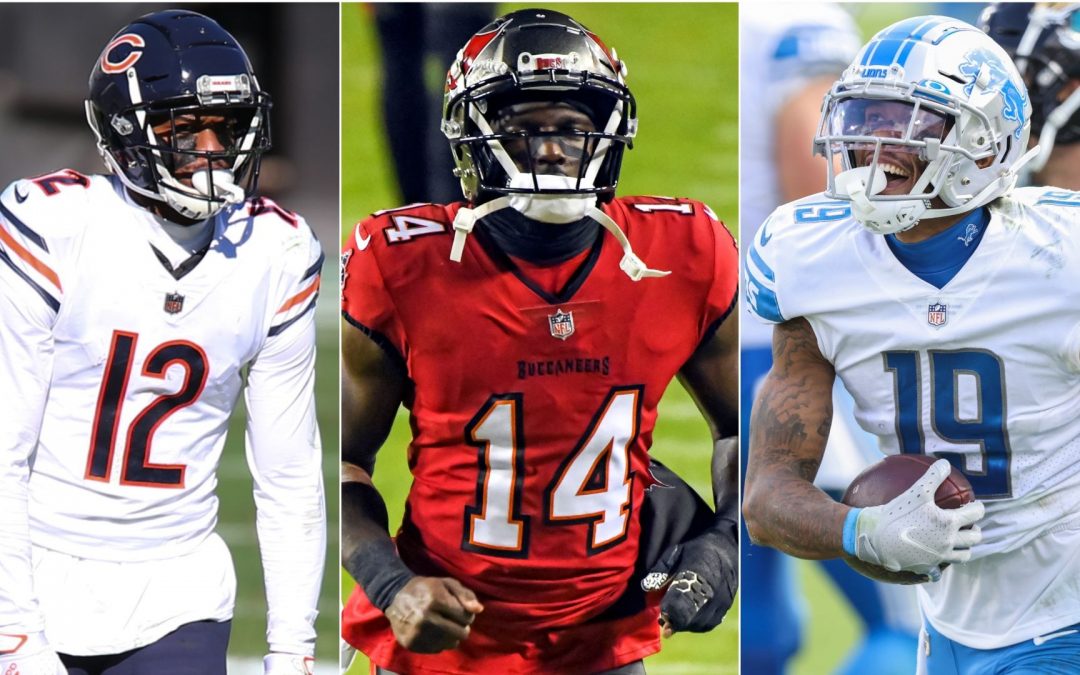 Next week, teams can first offer the franchise or the lesser used transition tag to one of their players. Some potential free agents could get offered the franchise tag and have until near training camp time to accept the one-year deal under the tag price for their position or negotiate a new long-term deal with their team.

There are more complex scenarios, but that’s the simple version. Teams have until March 9th to designate these players, taking them off the free agent market. Free agency for those without a contract, and who have not been tagged, begins on March 17th at 4pm, the start of the new league year. However, in years past teams have been given a window of couple days to negotiate with players before the new league year, making March 15th or so the day when the news of deals to come start leaking out.

All of that said, the next month will be a fluid situation pertaining to which potential free agents make it to the market, and which ones remain with their team by way of extension, or tag. With that, here are a look at some players of note who could make it to market at the Ravens positions of need.

Discuss your thoughts on the following players on this topic on our message board.

Barrett was born in Baltimore and has been a force the last couple years since joining the league as an undrafted free agent in 2014. He played for Denver before signing a one year, $4M contract with the Bucs in 2019. Under a new regime in Tampa led by Bruce Arians and defensive coordinator Todd Bowels, Barrett led the league with 20 sacks. He was franchised after that performance and while he only logged eight sacks in 2020, he led the league in pressures with 76. For the Ravens, he fits the mold of an outside linebacker in a 3-4 system and is a stand-up rusher making him a fit. He also excels in run stopping and coverage. Just won a Super Bowl with Tampa, plus the stat totals the last two years, he’ll carry a hefty price tag which means the Ravens likely couldn’t retain neither Judon nor Ngakoue in the process.

Watt is a first ballot hall of famer when the time comes. He may be past his prime years having delt with significant injuries, or just a bad organization for a little while. However, he was one of only two defensive linemen to notch 1,000 snaps played last year. He can still bring it at age 32. He may not want to play against his brothers twice a year in Pittsburgh should he come here. But he’ll be looking to chase an elusive title and the Ravens have as good a chance as anyone of getting there. At least now that Patrick Mahomes was proven to be human two Sunday’s ago. Watt may want to stay more mid-west given that his wife plays for Chicago in the National Women’s Soccer League. Packers seem like they check the most boxes for Watt. But there aren’t many better men on and off the field than him, and the city, outside of football, would be getting someone we’d be proud to have.

Dupree is going settle on likely on a one year “prove it” deal after a torn ACL in 2020 cut his season short. He steadily improved a little each year since being drafted in the first round in 2015. He peaked in 2019 with 13 sacks and a decent amount of run stops and had a decent 2020 shaping up before missing the final five games. The Steelers are tight against the salary cap and its almost certain Dupree will play elsewhere next year. Ravens could be an attractive landing spot being familiar with the division.

Smith has 60 career sacks, and about the same number of legal issues. Too many to list in a paragraph anyway. He was suspended in 2016 for a year and remained out of football until the Cowboys (of course) brought him in on a one-year deal in 2020. He had a decent season totaling 50 pressures on a terrible defense and playing 809 snaps. Impressive for not playing a single down of football since 2015. He’s 31-years-old, but with the milage of a 27-year-old, and the potential to regain double digit sack totals after getting re-acclimated to the league. I don’t want him. I find it incredibly hard to root for guys like this. I’m all for second chances, not really third, fourth, ninth, whatever he’s on. But, if you don’t care about that stuff, and many teams don’t, and you just want to find value in an older player to get under a tight salary cap, here’s an option.

The best hands potentially on the market. Godwin has only dropped four passes in the last three seasons. The former third round pick has been the beneficiary of a couple years of air it out offense and getting to play opposite Mike Evans. Add in Tom Brady, Rob Gronkowski, Antonio Brown, it’s easy blend in rather than be the defenses focal point. Be interested to see how he does without that kind of supporting cast. But I also can’t see him wanting out of that incredible situation either. If offered the franchise tag, probably jumps on it. For the Ravens, Godwin operates a bit out of the slot, and Baltimore should be looking for someone to win outside the numbers.

Will be tough for the Bears to fit him under the salary cap, and I’m sure he wouldn’t mind a new quarterback situation given he’s spent his years in Jacksonville and Chicago thus far. He’s one of the most heavily targeted receivers in the league, 150 of them was third behind Stefon Diggs and DeAndre Hopkins. But his quarterback situation hurts his efficiency. Still a solid 2.06 yards per route run (over 2.0 is good), I’d expect that to be closer to 2.5 in a better system while he is still only 28-years-old, going onto his third contract. For the Ravens, being 6’3”, 220lbs checks the boxes for big target, and contested catch winner. All of the Ravens receivers are on their rookie deals still. It would be nice to legitimize the group with a Pro-Bowl caliber option, rather than the past their prime, mid to low tier guys like Lee Evans, T.J. Houshmanzadeh, Michael Crabtree, Mike Wallace, Jeremy Maclin…you get the point.

Also checks the same boxes for the Ravens as Robinson II does. In addition, factor in the deep threat ability as he logged 628 yards on 20+ yard passes in 2019, second best in the league. Last season the Ravens receivers were dead last, by a lot, in catches of over 15 yards. Golladay missed time with injury in 2020, which might make him a case for the franchise tag for them. If not, Ravens should give a serious look, along with Robinson II.

He’s got speed in spades, but was popped for a PED violation, taking him out of six games last season. Are the two connected? Hands have been good at times, and bad at times. Also, oft injured. If I’m the Ravens, I’d pass here.

Mentioned the Steelers tight cap situation. Coupled with some younger receivers emerging for them, JSS will probably have to take his Tik-Tok game elsewhere. I feel like he performed at his best with a threat opposite him like Antonio Brown. He’s also been pushed into more of slot role. Never mind the fact I don’t want a guy who appears to be having fun making videos WHILE getting his behind stomped DURING a playoff game, doesn’t seem like he’d improve our offense here. Bad optics all around.

Davis is intriguing coming from a run first offense where Derrick Henry, rightfully, is the focal point. That kind of selflessness would be welcomed on the Ravens who are also a run first team. For that reason, Davis hasn’t eclipsed 1,000 yards in a season yet, and that might lower his price tag a little bit. He’s also had poor quarterback play until Ryan Tannehill of all guys, suddenly became a real quarterback overnight when he took over the Titans offense mid-way through 2019. Davis was a fifth overall pick in 2017 and is starting to live up to it in efficiency, rather than counting stats. In 2020, Davante Adams and Justin Jefferson led the league in yards per route run, while Davis’ teammate A.J. Brown and himself were right behind (2.58 YPRR). That kind of efficiency may not keep his price tag down and may spell over 1,500 yards in 2021 given the right situation.

Scherff played all 883 of his 2020 snaps at right guard for the Football Team. A place that was a revolving door for the Ravens, sometimes a turnstile for opposing defenders in 2020. Ben Powers played 517 snaps there, allowing eight pressures, but no hits or sacks. Rookie Tyre Phillps played 306 snaps there, and 126 at right tackle, allowing 16 pressures, six resulted in sacks. Scherff allowed 21 pressures, three sacks on the season. A former 5th overall pick out of Iowa (Marshal Yanda’s alma mater) has allowed just 11 sacks in six seasons. Scherff is versatile enough to run block with power, and finesse on the move, and one of the better pass protectors in the league. I wouldn’t expect a drop off from a proven veteran in this position anytime soon.

Right tackle could become a void with Orlando Brown requesting a trade and wishing to play left tackle. A move that wouldn’t be possible with Ronnie Stanley entrenched on the blind side here in Baltimore. Moton is coming off his strongest year since being used as an extra lineman as a rookie in 2017. Though a right tackle primarily, he did play a little on the left side in 2018 and 2019. One of the stats that stands out is that he’s only been penalized 14 times in the last three seasons, and only twice last year. I feel like the Ravens were getting dinged for illegal formations twice a game. Moton clearly knows where he’s supposed to stand. Depending on the timing, and the return of the Orlando Brown trade, it could make bookending the O-line that much more important.

Will be curious to see if the Packers lock in Linsley long-term despite making LT David Bakhtiari the highest paid O-lineman in history this past season. Linsley allowed just four pressures and was never penalized in 2020. Most importantly of all for Ravens fans, zero botched snaps in the last three seasons. Only two fumbles to his credit between his rookie year of 2014, and 2017. Lamar Jackson is great with the ball in his hands. The Ravens need a guy who can get it to him.