Previewing The 2018 US Open 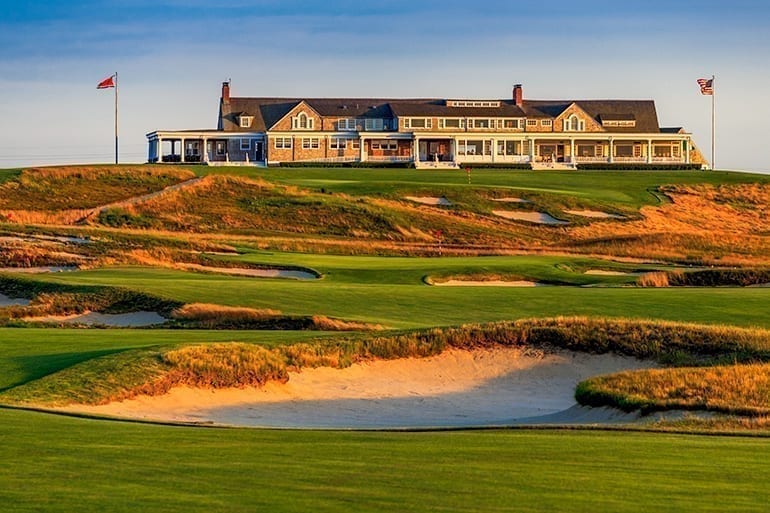 On Thursday, the 118th US Open tees off at Shinnecock Hills, which is located in Southampton, NY. The last time the US Open was held at Shinnecock Hills was in 2004. Retief Goosen won his second US Open that year and finished with a score of -4. Goosen beat Phil Mickelson by 2 strokes. Those 2 players were the only ones under par for the week. The course has undergone some changes since 2004 and after last year’s “easy” US Open, the PGA wants things to be harder this year.

(You can discuss this article on the BSL board here.)

As of right now, Henrik Stenson leads the tour in driving accuracy. Stenson is also leading the tour in greens in regulation. That certainly puts him as a name to watch. He is 6th in shots gained but his play around the green has been shaky this year. That is something to watch for him this week but if he can play well around the greens, he will be amongst the leaders on Sunday.  Stenson has also had fairly good results this year, including 3 top 10s, so he is playing well.

Putting will also be a huge part of this tournament, as it is with any tournament, but it gets highlighted at US Opens. One of the best putters this year, as is usually the case, is Phil Mickelson. He leads or is near the top in many putting stats, including #1 in putts per round. With his prior success at the course, he certainly is one of the favorites this week. The US Open is the one major he has yet to win. I tend to believe he will never win a US Open but he likely has as good a shot as he will the rest of his career this week. He has won already this year and contended in other tournaments, so he will certainly be one to watch. Phil is 5th in shots gained but he has struggled with the driver and that’s always an issue at the US Open.

After winning last week, Dustin Johnson is back to #1 in the world. Like Mickelson, he has some very good putting stats. But he is also leading or in the top 25 in many of the shots gained stats, including being #1 overall. No one has ever won the US Open after winning the tournament that is played the week before but that is likely more of a coincidence than anything to actually be concerned about. DJ is ranked #1 for a reason and with the length of this course, he is certainly one of, if not the favorite this week.

The sentimental favorite this week, besides perhaps Phil, will probably be Rickie Fowler. He is a beloved player (by both fans and players) and has never won a major. He is currently ranked 7th in the world and is playing very well this year. He will certainly have his fans this week and always has a chance. I wouldn’t pick him amongst my top 5 contenders but I do think he can win. He is 27th in shots gained and putting has hurt him.

The guy who is arguably playing the best golf coming into the tournament is Justin Rose. Rose is second in shots gained and is ranked top 30 in all shots gained categories. He has a recent win under his belt and finished 6th the following week at the Memorial. He also finished 3rd at the Arnold Palmer and just missed a top 10 at The Masters. Rose is clearly one of the favorites to win this week and as someone who has already won a US Open, he knows what it takes to hoist that trophy.

Rory McIlroy is ramped up for this tournament. He got to Shinnecock Hills early and wants this one bad. Rory won the Arnold Palmer Invitational earlier this year and since then, he has 2 top 5s, including at the Masters. In his last start, at The Memorial, he had a big weekend to finish 8th. That was after missing the cut at the Players Championship. He is 15th in shots gained. He is always a favorite to win any golf tournament he is in and this week is no exception. He is putting well and driving it well. His GIR% is only 165th on tour, so if he struggles this week, that will likely be why.

Justin Thomas, who was #1 before Dustin Johnson won this past week, is another contender. He is 3rd in shots gained with his short gain being his issue this year. Off the tee and tee to green, he has been excellent. Much like Stenson, if the putter is working this week, he will be there on Sunday for the back 9 with a chance to win. He has a win, a second-place finish and 2 other top 10s this year.

Jordan Spieth is always amongst the favorites. He is 26th in shots gained. He is second in GIR, to Stenson, and is driving it pretty well. The problem with Spieth is putting. He is barely in the top 200 in the strokes gained in putting. His best finishes this year were at the Houston Open and the Masters, where he finished 3rd at both. In his last 5 starts, has missed the cut twice and is best finish was 21st. The putter has hurt him and while he is always a threat and his putter can get hot, it’s tough to pick him with all of his recent issues.

And lastly, you have Tiger Woods. Tiger’s game has been very up and down this year. One week, the putter is working. The next week, he can’t make anything. One week, the irons are an issue, another he is hitting them tight. He just hasn’t been able to put it altogether, which is understandable considering the injury issues and the lack of competitive golf over the last several years. He is 10th in shots gained but the putter and the driver have certainly hurt him. I would like to see Tiger keep the driver in the bag and hit a lot of 3 woods and 2 irons this week. He can and has been hitting his 3 wood 300+ yards. That will be fine. His iron play has been crisp recently. With this being a par 70 course, obviously that means there will only be 2 par 5s. Tiger has always excelled at par 5s, so it will be crucial for him to do well on those this week. I tend to agree with those that struggle to see Tiger winning another US Open. He certainly could do it and it won’t surprise anyone if he does it this week but with his inconsistencies off the tee, I think this is just going to be a tough tournament for him to win. He will have the crowd for sure, so we will see if that motivates him. Tiger tees off on Thursday with Dustin Johnson and Justin Thomas.  The patrons at Shinnecock will be in for a treat with that group.

There are, of course, other contenders. Players like Jason Day, Jon Rahm, Bubba Watson, Jason Day, Masters Champion Patrick Reed and defending US Open Champion Brooks Koepka are amongst some of the other names to watch. My pick to win this week is Justin Rose. He is playing great golf right now and has been for a while. He knows how to win this tournament and won’t be phased by the pressure. If you are looking for a sleeper, I am looking at Tommy Fleetwood. He isn’t a guy many are talking about but he is 13th in shots gained and has 6 top 20 finishes in the US so far this year. He drives the ball very well. His putting has been up and down but, like Stenson and Thomas, if the putter can be good this week, he could find himself in contention late on Sunday.