Previewing The Divisional Round 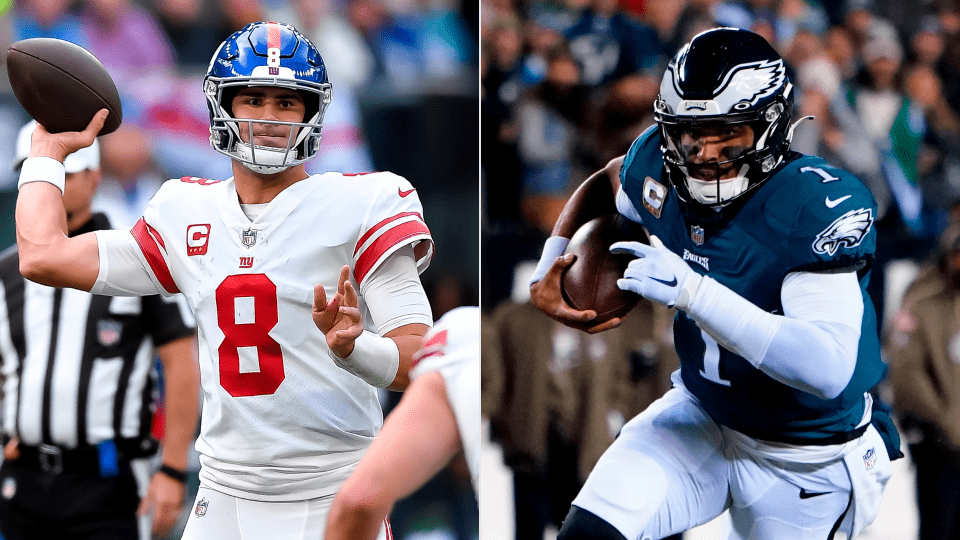 Let me tell you something about the 1990s.

It was quite the decade. Clothes were alarmingly baggy, Michael Jordan made the NBA boring (yes, I said it), shows like “Seinfeld” and “Friends” ruled the TV world, a small-budget movie called “Titanic” made us all realize that Rose left Jack to die and yours truly started his career in the world of sports journalism.

Meanwhile, the NFL world featured a playoff rivalry that riveted the nation. Three times during the 90s, the Cowboys and 49ers met in the NFC Championship Game. All three times, the winner went on to win the Super Bowl. For the record, Dallas went 2-1.

We had to wait 27 years until January of 2022 to see these two teams battle in the postseason again. And the Niners evened out the rivalry by sending the Cowboys home with a 23-17 win in the wild card round. Thankfully, the football gods didn’t force us into another nearly three-decade hiatus before getting another game.

Sunday evening’s tilt is the marquee matchup of an epic playoff weekend. And while it’s true that Steve Young, Jerry Rice, Troy Aikman, Emmitt Smith and Deion Sanders won’t be coming out of the tunnel, my mind will hearken back to those halcyon days spent watching John Madden and Pat Summerall call those amazing showdowns.

Let’s get into the games.

You’d think I’d have learned my lesson. Just a few weeks ago, I was laughing and joking with my co-workers when the Vikings fell into a 33-0 hole against the Colts. Then this past weekend, Trevor Lawrence looked like it was his first time playing football as he threw four first-half interceptions to put Jacksonville in a 27-0 deficit.

And just like Minnesota did in December, the Jags didn’t panic, cleaned up their mental mistakes and slowly climbed back into the game. And when they kicked the winning field goal as time expired, the memory of Urban Meyer’s rapid descent into hell last season seemed even more like another lifetime ago. And the fact that Travis Etienne, a first-round pick last year who was held up as a prime example of Meyer’s incompetence, sprung a big play to set up that game-winning kick made it even sweeter.

It was arguably Doug Pederson’s finest coaching performance. And this is a guy with a Super Bowl win on his resume. It was also a true display of the kind of grit (annoying word, I know) that Lawrence has. A lesser quarterback would have folded and got gunshy. Not Lawrence. He wound up matching his four picks with four touchdown tosses.

But all good feelings and well-earned kudos aside, the Jaguars won’t have that kind of luxury on Saturday. If you give Kansas City four free possessions, they will score touchdowns every time. Lawrence, who has been up and down all season, must find a way to avoid those mental errors in the early going. The good news is, you can move the ball through the air against the Chiefs. With receivers Christian Kirk, Zay Jones and Marvin Jones along with tight end Evan Engram becoming reliable targets, Jacksonville will get their chances to score.

In a running theme since the playoffs started, the Chiefs already faced the Jags earlier this season, and Patrick Mahomes lit up Jacksonville with 331 yards and four TDs in a game that really wasn’t as close as the 27-17 final score. And the defense stepped up with five sacks of Lawrence. If those numbers aren’t enough to impress you, consider this: Head coach Andy Reid is 28-5 when coming off a bye week.

Will Pederson, who was once an assistant coach under Reid, be the one to drop that record to 28-6. Nah. This game will be fun for a little while, but expect the AFC’s top seed to pull away.

I said last week that it’s difficult to beat a team three times in the same season. The 49ers didn’t have a problem doing that in the wild card round. It might be a bit tricky for Philadelphia this weekend.

This isn’t the same team that was turning heads and seemed like a lock for a Super Bowl berth at times. Injuries have taken some wind out their sails, especially with QB Jalen Hurts, who injured his shoulder on Dec. 18. He missed a couple games and returned for Week 18, when the Eagles edged the same Giants 22-16. The week off for clinching the No. 1 seed in the NFC was a godsend as it gave Hurts and some other ailing Eagles – like Lane Johnson, Robert Quinn and A.J. Brown – more time to heal.

Will they show some rust on Saturday? I can see that happening. Which isn’t what you want if you’re facing a team coming off an impressive win.

The Giants did an amazing job of keeping the pressure off QB Daniel Jones against Minnesota. And that job is only going to get harder. The Eagles have four players who compiled more than 10 sacks in 2022. The nightmare scenario is Jones being forced into bad throws because he has people in his face all day. I’d like to see the Giants try and take advantage of that aggressiveness by mixing in some screens and some short counts to catch the defense off balance. Especially in the early going to take the crowd out of the game.

And of course, don’t forget about Saquon Barkley. New York had 142 yards rushing in their win last week, but 78 came from Jones. Just 53 came from Barkley, even though he did have two touchdowns. I’d like to see that balance swing in the other direction.

Do I have the guts to pick an upset here? No, of course not.

These two teams are very lucky to be here, having survived at home against teams playing backup quarterbacks.

Cincinnati allowed Baltimore to play the kind of game it wanted and it took defensive lineman Sam Hubbard returning a fumble 98 yards to the end zone for the Bengals to escape with a 24-17 win. Meanwhile, the Bills stumbled into a second-half deficit against Miami – who had rookie third-stringer Skylar Thompson under center – thanks to three turnovers by Josh Allen. Their offense finally woke up and the defense held strong late to get the victory.

This is a rematch of a game that never ended. It was just a few weeks ago when Damar Hamlin suffered his medical emergency during a Bills-Bengals game in Cincinnati on a Monday night. The game was suspended and the league decided a few days later that it wouldn’t be made up. And with things working out the way they did, we’ve got them back together, this time in Buffalo.

And the bad news for Cincinnati is that starting left tackle Jonah Williams went down with an injury last week, adding to the squad’s offensive line woes. That’s not great when you’re facing a Bills defense that can still get after the passer.

And if Josh Allen can stifle his sometimes penchant for making mental errors, this should be a decisive win for the home team. The key word being “should.” It’s the playoffs, stranger things have happened.

I waxed poetic about the legendary games of the past. Now let’s talk turkey. It seems the pundits and football intelligentsia have been waiting for 49ers QB Brock Purdy to start acting like the last pick in the draft. And he hasn’t yet. Then again, has he gone up against a pass-rush that features a player like Micah Parsons? Nope.

Yes, Christian McCaffrey is great and could have a big game for the 49ers. Yes, Deebo Samuel is a man among men out there and looked like he was playing bully ball last week against the Seahawks. Yes, San Francisco’s defense is as fierce as they come. But this game will boil down to one matchup.

Purdy vs. the Dallas pass rush. I like the odds here.

I had made my peace with it: Sean McVay was supposed to bow out as Rams head coach. Not that I wanted him to, of course. But it seemed like everything had been set up for that to happen. Then, of course, he decided that he wants another crack at it and will return next season. How much can my heart take? Doesn’t anyone take my feelings into consideration?!

He’s not gone: As much as I had fun watching Tom Brady lose on Monday night, I feel that we haven’t seen the last of him. There are places where people like him can go when they want a fresh start. Someplace warm. Someplace dry. A place that has a familiar face as head coach. I’m not saying that Tom will be wearing a Raiders uniform next season, but I’m not NOT saying it. See what I mean?

Kick him out: If the Cowboys lose this weekend, it will probably be Brett Maher’s fault. It’s very rare to see the yips play out in the same game. That’s Steve Sax level. Or maybe Rick Ankiel level. Maher missed four extra points for god’s sake. How does that happen? In the playoffs, no less! That’s just gross.

… And I was right: Is it mean to say that I was happy that I was finally proven right about the Vikings? Sure, it took until the playoffs for them to be exposed for being a one-score game, one-trick pony, but better late than never!