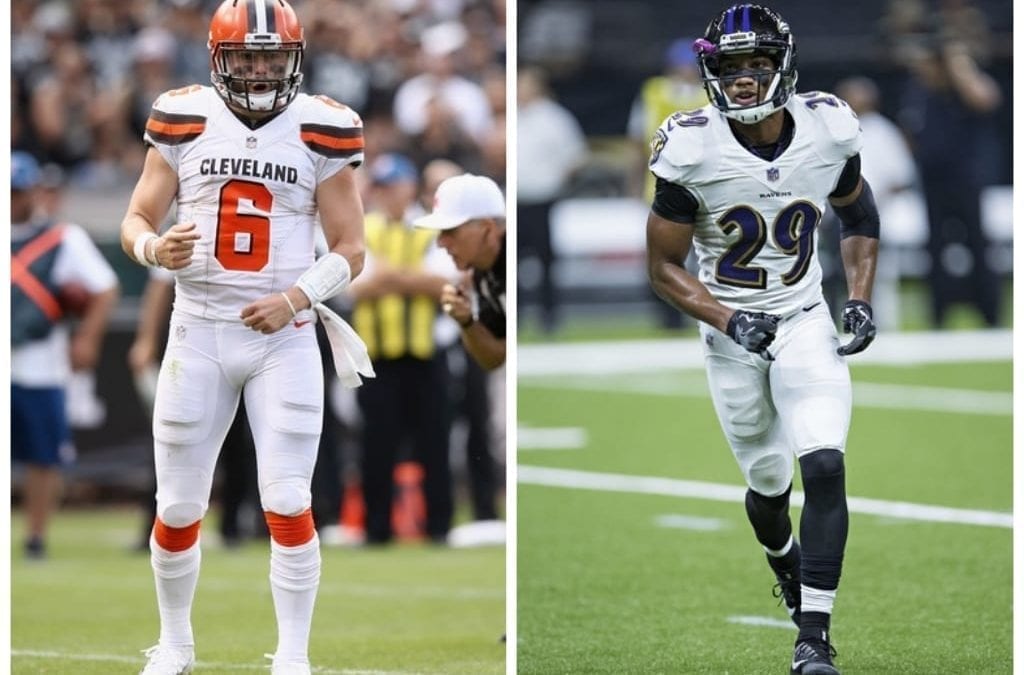 Win and they’re in. That’s the situation the Ravens have found themselves in for the 2nd straight season; just needing a home victory over a lesser divisional opponent to extend their season. This time around the Ravens will be able to win the AFC North and secure a home playoff game for the first time since 2012.

The Ravens have certainly come a long way since their week 9 home loss to the Pittsburgh Steelers as they headed into their bye week with a 4-5 record with little hope of making it to the postseason, much less as Division Champs. Since then, the team has gone 5-1 behind rookie QB Lamar Jackson, punctuated by a signature road win over the Los Angeles Chargers this past week, a win that has garnered national attention and put the Ravens into consideration as a real Super Bowl contender.

While there is considerable momentum surrounding the Ravens, there is one last hurdle that must be overcome for the regular season to finish on a high note – win on Sunday. For many years, a home game against the Cleveland Browns would be considered virtually automatic, but this is a different Browns team than what Ravens fans have grown accustom to.  Years of bad football have allowed the Browns to stockpile high draft picks, and in recent drafts they have started to find real talent highlighted by their last two first overall selections DE Myles Garrett and QB Baker Mayfield.

You can discuss the Ravens upcoming match-up with the Browns on our message board and follow along Sunday in our game thread.

These two players play the most critical positions on the football and have been absolute home runs for the Browns. Mayfield and Garrett, along with other impactful young players, have begun to transform the franchise from a perennial laughing-stock to a legitimate NFL team. The Ravens found out first-hand in week 5 that the Browns are no longer a push-over, and the Browns have only improved since then as they discarded their anchor of a head coach, Hue Jackson. Since firing Jackson, the Browns are 5-2 with a very respectable overall record of 7-7-1. The Browns are a talented team on both sides of the ball, and the Ravens will have a tough task at hand to beat them.

While the Browns have certainly been one of the hotter teams in football since they fired their HC, the Ravens have also been on quite a roll during that stretch. Football Outsiders published an article this week looking at the best teams in football over the past 6 games according to DVOA; the Ravens are #2 and the Browns are #4, however they have been winning in very different ways. The Ravens have the 2nd best defense and 4th best ST unit over that stretch of games, while the Browns have been carried by Baker Mayfield and their #2 ranked offense over the past 6 games. Only Kansas City has had a more efficient offense than the Browns, which is somewhat hard to believe, but the results have been apparent. It is going to be a real challenge for the Ravens to slow down this offense.

One of the major reasons for the Browns turnaround on offense has been the protection afforded to Mayfield; over the past 6 games he has been sacked only 5 times and hit a total of 7 times. Those are remarkable numbers for a QB who was getting beat up in the first half of the season. The promotion of RBs coach Freddie Kitchens to Offensive Coordinator has done wonders for Mayfield and the Browns offense. They have done a great job of getting the football out quickly and spreading it around to the talented Browns skill players. WR Jarvis Landry was the Browns big offseason acquisition and he has been a consistent cog in their offense along with rookie WR Antonio Calloway and TE David Njoku.

RB Duke Johnson is also a very capable receiver, while his backfield partner Nick Chubb has been a rookie revelation. Chubb, who is averaging a remarkable 5.3 YPC, is Pro Football Focus highest graded RB in the NFL, and he has been doing a lot of the work on his own averaging 4.6 yards per attempt after first contact. The Ravens have been excellent tackling team all season, and this match-up may be their biggest challenge yet. It will be imperative for the Ravens front 7 to first slow down Chubb and limit his ability to pick up yards after contact.

If the Ravens can slow down Chubb and the Browns rushing attack, it will go a long way towards limiting the offense as a whole. The Browns had their worst game over their hot stretch playing the Houston Texans who were able to limit Chubb to just 31 yards on 9 carries while pressuring Mayfield into 3 interceptions. That kind of result is what Wink Martindale and the Ravens defensive coaches must be hoping to replicate.

The Ravens defense who is at the top of the league in almost every defensive metric, is still led by the ageless Terrell Suggs, who had another excellent performance against the Chargers, notching 8 pressures per Pro Football Focus. Za’Darius Smith picked up another sack as well to take his team leading total to 8.5, and continues to demonstrate his considerable value as an interior/outside pass-rusher. Suggs, Smith and the rest of the Ravens front 7 will have to be on top of their game against the Browns who have been so good at defending Mayfield. I would be remiss if I did not at least mention the outstanding play of Marlon Humphrey who has emerged as one of the premier CBs in the NFL. He has shut-down some of the top WRs in the NFL and is probably the biggest single reason for the defense’s success. Humphrey has notched interceptions in two straight games, and if he can keep that streak alive for 1 more game it would go a long way to solidifying the Ravens position atop the AFC North.

The other half of the Ravens winning equation is of course the offense led by rookie QB Lamar Jackson. While the defense has been exceptional, the best way to describe the Ravens offense over the past 6 games is unorthodox. The zone read based, run-heavy attack designed around the unique talent of Lamar Jackson challenges defenses in a way that they are simply not used to. Jackson’s dynamic ability as a runner forces the defense to account for him on every single play, as opposed to traditional rushing attacks where the QB is out of the picture once he hands off the football. This threat combined with a diverse and versatile offensive scheme, has allowed Ravens RBs to thrive alongside Jackson as the Ravens have evolved into one of the best running team in the NFL as they average over 200 yards/game with Jackson starting at QB.

Fortunately for the Ravens, the Browns are not a great defensive team, and have struggled at times stopping the run allowing 4.5 YPC and nearly 125 yards/game on the season. Every team they have faced know that the Ravens are going to run the ball against them, but no one has been able to completely shut it down. Even when teams have limited the Ravens efficiency running the ball, the overall effect of the rushing attack have worn down opposing defenses and allowed the Ravens to grind out games and limit team’s possessions. The Ravens must look to continue this approach of ball-control offense while asking Lamar Jackson to be take care of the football.

The Ravens were in a similar position last season, and came up empty when it mattered most, but this year’s team is different in several ways. Even though the competition is likely going to be stiffer this time around, I expect to see a focused and disciplined Ravens team that takes a very business-like approach to this game. The Browns are a very improved team and I expect the game to be quite competitive, but in the end I think the Ravens will prevail and secure their first AFC North Championship in 6 years with a  27 – 20 victory.