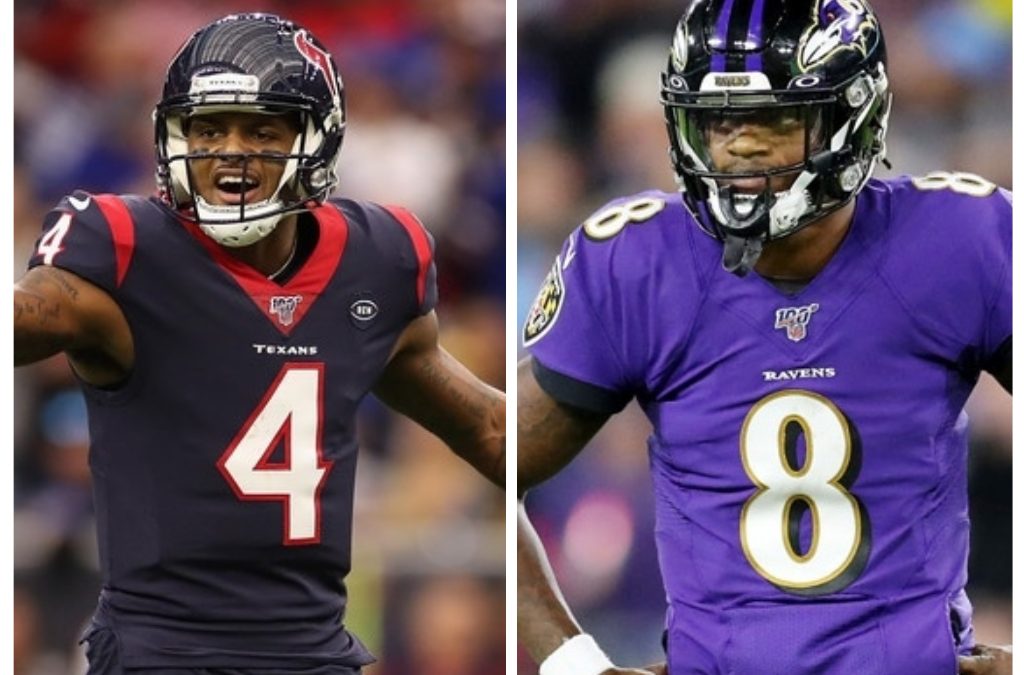 It’s hard to imagine a better start to the Ravens’ 2020 season than a 38-6 beat-down of the Divisional rival Cleveland Browns. It was a dominant victory that saw the hometown Ravens jump out to a 24-6 halftime lead and never look back. Lamar Jackson had one of his best passing performances of his young career, looking equally poised in the pocket and effective throwing the ball while on the move. The Ravens defense had a few hiccups early on, but quickly got into a groove limiting the Browns to a dreadful 4.1 yards per pass play.

The Ravens will now head to Houston (the furthest the Ravens have to travel this entire season) to take on the 0-1 Texans. Houston will have the advantage of rest as they opened the season with an underwhelming loss against in Kansas City last Thursday night. The Texans could be a very hungry team as they try to avoid an 0-2 start while also trying to get some payback for a 41-7 loss at the hands of the Ravens last year.

You can discuss the upcoming game against the Texans on our message board and follow along Sunday in our game thread.

Texans QB Deshaun Watson is one of the best young players in the NFL, but this year he is playing without All-Pro WR DeAndre Hopkins. Hopkins’ absence was certainly felt in the Texans’ week 1 loss to Kansas City, and it is going to be difficult for this team to make up for his production. Will Fuller is a big-play threat and is developing into more polished all-around WR, but he has been riddled with injuries throughout his career. The Texans also added veteran WRs Brandin Cooks and Randall Cobb which gives the Texans a potentially dangerous receiving corps. Houston also received former Pro-Bowl RB David Johnson in the Hopkins trade, and he looked somewhat rejuvenated in week 1. However, a questionable offensive line is going to always hold them back from a top tier offensive unit.

Where the Texans really struggle is on the defensive side of the ball. J.J. Watt is still a top tier defensive lineman, but there is little talent around him after they let DT D.J. Reader leave in free agency. LBs Bernardrick McKinney and Zach Cunningham are both quality starters, but playing behind a lackluster defensive line limits their ability to shine. Unfortunately for the Texans, the farther away from the Line of Scrimmage you get, the lower the quality of defender you have as their secondary may be one of the worst units in the NFL. They are starting Tampa Bay cast-off Vernon Hargreaves at one CB position and Bradley Roby across from him. Roby is a serviceable starter, but Hargreaves has been a below average CB in the NFL since he was drafted. The Ravens should have no trouble exploiting this duo in coverage, and I would not be surprised if Hollywood Brown has another 100 yard game.

Some things I will be watching on Sunday:

There was a lot of talk about the Ravens turnover along the offensive line this off-season with the retirement of Marshal Yanda and injury to Matt Skura. While Skura was able to make a tremendous recovery from three torn ligaments in his knee to start in week 1, he didn’t quite look himself, especially in run-blocking where he was unable to consistently make blocks at the second level. Rookie Tyre Philips had some ups and downs, looking decent in pass-pro at times, but he also struggled to generate much push in the run game. The offensive line in general did not appear to have the same push as they demonstrated in 2019 although they protected Jackson fairly well – that is until Ronnie Stanley got injured. Stanley’s health will be a major consideration in this upcoming match-up as D.J. Fluker did not perform well in his stead, and it significantly affected the Ravens offense in the second half.

J.K. Dobbins was on the field a lot in his first NFL game. He scored twice on runs from inside the 5 and showed impressive burst on a few occasions. He looked to be the best of the Ravens RBs in week 1 and he could take over as the primary back fairly soon as he also adds significant personnel and alignment flexibility in the Ravens offensive scheme. He was repeatedly flexed out as a slot or wide receiver and it helped open up the passing game. Mark Ingram will still see work in this offense, but he was largely ineffective in week 1. He needs to show that he still has juice in his legs if he is going to see 12-15 touches per game. Gus Edwards was in for a few series and was mostly unremarkable.

In week 1, the Ravens were most effective in 11 and 12 personnel where they could spread out opposing defenses and gash them with Lamar’s speed and passing ability. The versatility of Dobbins and Andrews allows for the offense to essentially go “5 wide” and let Lamar pick apart the defense. With a team like the Texans that lacks any semblance of a pass-rush, the Ravens should have their way with the Houston defense in these personnel packages.

The Ravens used heavier defensive personnel in week 1 against a Browns team that played a lot of 21 and 12 personnel. This meant more base 3 defensive lineman and 2 inside linebackers than we are used to seeing from the Ravens defense. While the Ravens new defensive additions of Calais Campbell and Derek Wolfe were able to generate some interior pressure, they weren’t able to apply pressure at the same rate that we were used to seeing in 2019 when the Ravens used OLB and DB heavy personnel. Things might change against a Texans team that will spread things out a bit more on offense, but they do like to use a lot 2 TE sets as well. It will be interesting to see if Wink Martindale changes his approach and leans more on the 6 DB packages that was so effective for the Ravens in 2019.

All things considered; this is a game that the Ravens should win handily. They blew out the Texans last season and if anything, Houston got worse this past off-season. I expect Deshaun Watson to look better this time around, but with a smothering Ravens secondary it’s hard to imagine the Texans being able to consistently move the ball. The Texans may try to take advantage of what looked like a lack-luster Ravens run defense, but it’s unlikely that approach will pay dividends in the end. I think the Ravens offense should be able to move the ball fairly easily in this match-up which will result in the Ravens jumping out to another early lead that the Texans will not be able to match. There is a good chance this game is effectively over at half time. I predict a big win for the Ravens, 33-16.