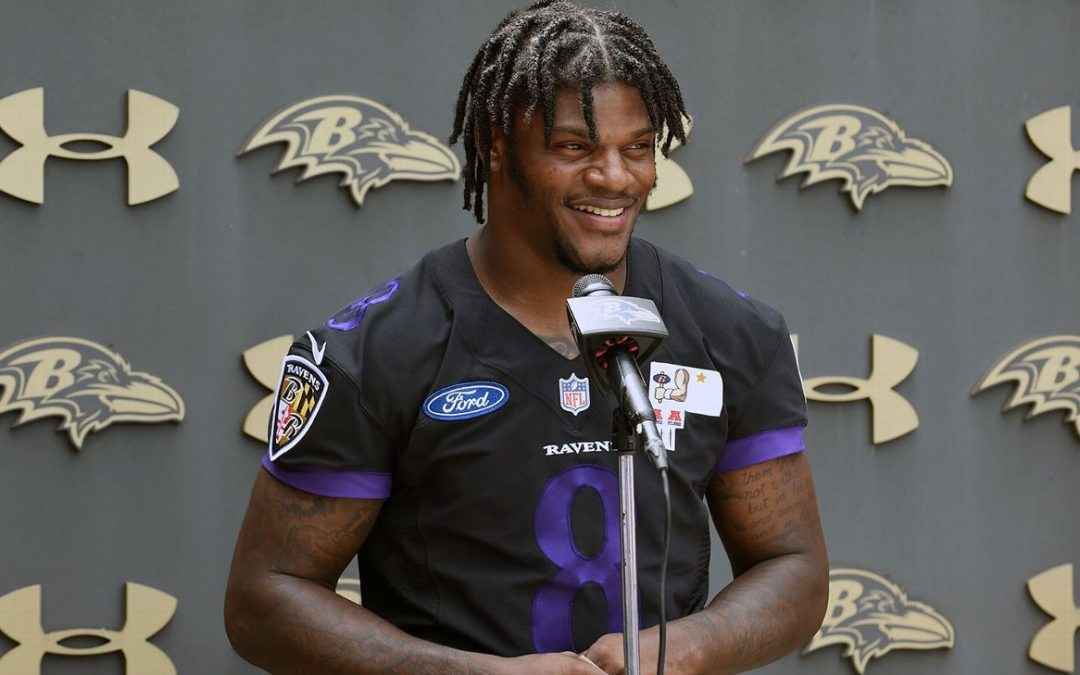 When NFL players embark on the last year of a contract, it’s called a “contract year.” There’s a notion that those players perform their best in those years because of the immense motivation and reward they’re facing if they meet or exceed expectations.

For quarterbacks in particular, the financial incentive is greater because of the what the market has been paying players at that position. Therefore, players with an expiring deal are more likely to resist impatience and stay put until another comparable player signs their new deal. Reason being, if the player before me signs for $200 million, I have all the reason the ask for more than that. “If he got that much, why can’t I?”

For Lamar Jackson, all signs point to him having a great year. He’s healthy and plenty motivated, as is his supporting cast. Sometimes performing well individually doesn’t necessarily equate to team success. Fortunately for Jackson and Ravens fans, that’s not the case in Baltimore. As he goes, so go the Ravens.

Obviously, Jackson has a lot of work to do on the field. Off the field, it seems like we’re getting closer to a deal. No other big-name quarterbacks seem to be negotiating extensions, so as things stand is as clear a picture as Jackson will have, from a market precedent standpoint.

Within the last two years, five quarterbacks have signed new contracts or extensions for generational amounts of money. Here’s a breakdown of what they signed for, as well as how they performed before and after signing.

After looking at the data, it’s not exactly conclusive. Both Watson and Murray have yet to play a down since signing their new deals, and Prescott played in only five games the year before signing his extension due to a horrible ankle injury.

What does this mean for Jackson? Just by looking at these five deals, you get an average contract of six years, $264 million ($44 million APY), $184 million guaranteed. I have to think that would be more than acceptable for Jackson. I just don’t know if the Ravens want to go that high.

The player closest to him in style is Murray. The average deal noted above would be pretty close to what Murray got, just with another year added on.

At the end of the day, I think I speak for all Ravens fans when I say that what he’s paid doesn’t really matter. I just want him to play well after signing the deal. Whether he deserves the money or not is a subjective question that’ll be perpetually debated.

What we should be focused on is his play on the field. After all, that’s what’s going to get him paid.