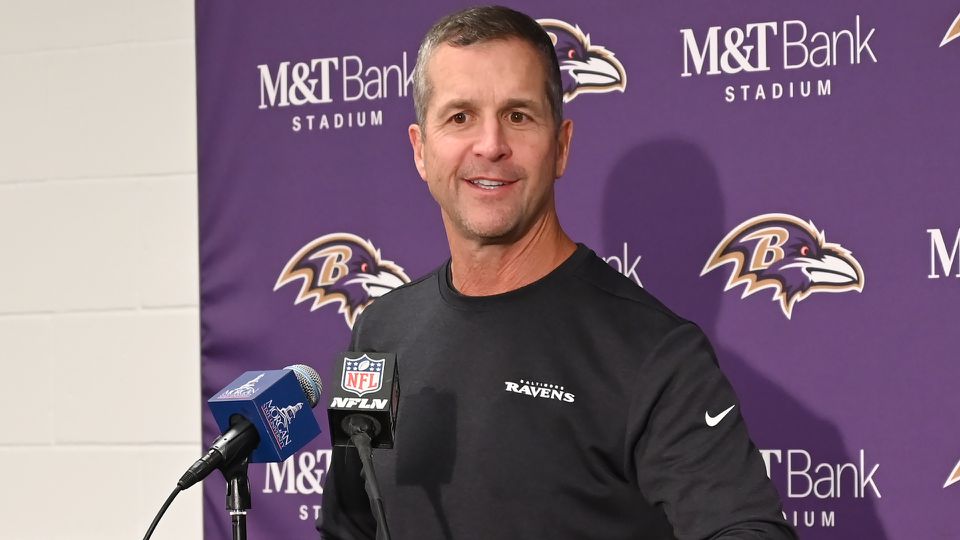 The Ravens season has officially passed the halfway mark and with the bye week in the rearview mirror, it’s now time to get ready for a home matchup against the Carolina Panthers. With just eight games to go in the NFL season, each win could prove vital to Baltimore’s playoff standing. So, as the Ravens aim for their fourth straight victory, let’s take a look at some news surrounding the team.

Ravens win the bye following monumental losses in the AFC

While the bye week gave the Ravens a chance to get healthy and prepare for the stretch run of the season, it also helped them gain ground on some conference opponents. Both the Buffalo Bills (6-3) and Los Angeles Chargers (5-4) suffered narrow losses last weekend, and according to Kristen Wong of EbonyBird.com, this has put the Ravens in a much better position in the playoff race. Both of these teams are likely to be in the running for a wild-card spot towards the end of the season, so should the Ravens lose their lead in the division, the losses suffered by each of them this week could be the difference between a Ravens playoff berth and a lack thereof. As for that division lead, the Ravens still have a comfortable advantage over the Bengals (5-4), Browns (3-6), and Steelers (3-6). Unfortunately, it wasn’t all good news for Baltimore fans. The Miami Dolphins, Kansas City Chiefs, and Tennessee Titans all won, meaning that the Ravens still sit in last place among the current division leaders. That being said, all three of these teams are within one game of the Ravens, so it’s still very possible for Baltimore to pull out the #1 seed and earn that crucial first-round bye. As Wong notes, the fact that the Ravens have a very easy strength of schedule the rest of the way bodes well for their chances to do just that.

Thanks to a much-needed week off, the Ravens roster is looking healthier than it has since opening day. According to Todd Karpovich of Sports Illustrated, Mark Andrews, Gus Edwards, Jason Pierre-Paul, and DeSean Jackson could all return to action this week after suffering injuries prior to the bye. Andrews, the most well-known player among that bunch, still leads the team in receiving yards and touchdowns despite missing significant parts of each of the last two games. His return would give a major boost to the offense, and while he was absent from practice on Wednesday, he still seems to be on track to play this weekend. On the other hand, Edwards was able to practice on Wednesday, indicating that he will be back to leading the Ravens backfield on Sunday. In the two games he has played in this year he has averaged almost five yards per carry, showing that the injuries he has suffered over the past few seasons have done little to hinder his abilities. As for the other players Karpovich mentions, Jackson was held out of practice on Wednesday while Pierre-Paul participated. Given that both players are veterans with long injury histories, the Ravens will likely exercise caution when deciding if either of them will suit up against Carolina.

In the aforementioned absence of Mark Andrews, Isaiah Likely has taken on a prominent role in the offense and the national media is starting to take notice. According to Kevin Oestreicher of RavensWire, Likely came in at number eight in a recent CBS Sports article about the best value picks from the 2022 NFL Draft. Likely is currently third on the Ravens in receptions (17) fourth in receiving yards (205), and tied for third in receiving touchdowns (2). Those stat lines look even better when you consider that prior to Mark Andrews’ injury, Likely had yet to play over 50% of offensive snaps in a game. Furthermore, he has found ways to help the running game, posting a 90.9 PFF run-blocking grade on the year. Even with Andrews set to return this week, Likely has earned a significant role moving forward. His ability to both create holes in the running game and get open for Lamar Jackson have surpassed all expectations and made him well worthy of being mentioned among the best-value picks from last year’s draft.

Now that we have officially surpassed the midway point of the 2022 season, Ryan Mink of BaltimoreRavens.com took time to hand out his “Midseason Ravens Awards”. His offensive and defensive MVPs were Lamar Jackson and Marlon Humphrey which will come as no surprise to anyone who has watched the team this year. Jackson, who is in the conversation for MVP of the league, has enjoyed a return to dominant form after missing the end of last season with an injury and Humphrey has been one of best cornerbacks in football, posting an 89.0 PFF grade on the year. The “Biggest Surprise” award went to Justin Houston, who, to the astonishment of virtually everyone, is tied for second in the AFC in sacks, while “Rookie of the First Half” and “Best Comeback” went to offensive linemen Tyler Linderbaum and Ronnie Stanley respectively. There are a number of players who could have been considered for either of these awards, namely Isaiah Likely and Kyle Hamilton for “Rookie of the First Half” and Lamar Jackson and Marcus Peters for “Best Comeback”, but these feel like the correct choices given the overall performance of the offensive line this year. Finally, in what I would consider his most controversial pick, Mink gave “Best Play” to Devin Duvernay’s kickoff return touchdown against the Dolphins. While the return was an excellent play, the Ravens ultimately lost the game which, in my mind, takes away some of its merit. Marlon Humphrey’s endzone interception against the Patriots and Justin Tucker’s go-ahead 58-yard field goal against the Bengals are two plays that, while not as flashy, were far more important to the Ravens current position at the top of the AFC North.

Baker Mayfield to start at quarterback against the Ravens

When the Ravens take the field on Sunday they will be taking on a familiar face. According to Darin Gantt of Panthers.com, PJ Walker will miss the game due to a high ankle sprain, leaving Baker Mayfield to take over as Carolina’s starting quarterback. Mayfield has been underwhelming so far this season, starting five games and posting just a 71.9 passer rating. In those five starts he led the Panthers to just one win, a 22-14 victory over the Saints in Week 3. That being said, as Gantt notes, Mayfield has enjoyed some success in his eight career starts against the Ravens, going 3-5 with 13 touchdowns and a passer rating of 83.2. While these numbers don’t jump off the page, they do show that he is more than capable of putting up a winning performance in Baltimore this weekend. The question now becomes which Baker Mayfield will show up on Sunday, the one that threw for 343 yards and two touchdowns in a shootout against the Ravens in 2020 or the one that put just six points on the board in a blowout loss in Baltimore that same year?