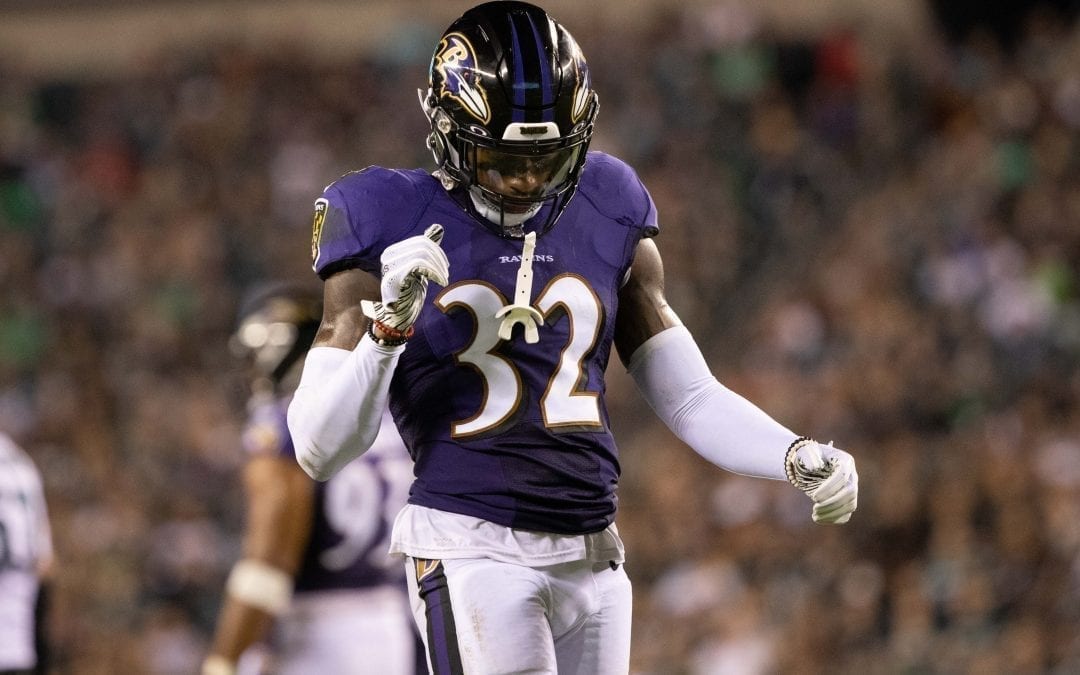 This is a crucial year for 2018 sixth-rounder DeShon Elliott. The Ravens have proven that they don’t mind nurturing a lowly-drafted safety to the starting lineup from anonymity. Chuck Clark did the deed last season once Tony Jefferson was lost. Baltimore signed Clark to an extension. Earl Thomas is 31 and won’t be around forever. Anthony Levine is 32 and won’t be around forever. But in the third-year of a four-year rookie contract, Elliott has flashed a lot and not been healthy at the right times.

Elliott was a mid-round value in the eyes of many of the media draftniks that filed rankings in 2018. NFL.com’s Lance Zierlein graded him as a fourth-rounder. Pro Football Focus rated him as their 89th-best player in the draft. However, he was Mel Kiper’s 12th-ranked safety, and as Kiper is more connected than most, that explains a little about how he fell to the sixth round of the 2018 draft.

Elliott had just a middling combine, with no real standout times on grass. He has an enormous body for a safety with a long wingspan and a hand size that helped him make game-changing plays in college. He had nine picks in three college seasons, but with sporadic playing time in the first two. His change-of-direction was critiqued heavily by scouts. He was a stellar box safety in college, though. Given how often the Ravens spent 2020 eschewing much deep coverage, he seems to have a skill set that would fit well in this defense.

The same injuries that dinged up his two early years at Texas have continued to plague Elliott in the pros. A broken forearm ended his 2018 season. Then, just as he was breaking into the lineup in Week 6 last season, a knee injury forced him to IR. But here is yet another chance for Elliott, and Jim Harbaugh noted in a late July presser that Elliott was 100%.

Harbaugh is "optimistic" about Matt Skura (knee), but the team will be cautious. DeShon Elliott (knee) is also "100%."

Elliott only really saw time in huge DB-heavy formations last year, playing mostly with six- or seven-DB sets. He was listed as the main coverage player on only two passes in Sports Info Solutions’ dataset: a pair of slot completions by Baker Mayfield to Jarvis Landry. That will happen to most any young player, let alone one with change-of-direction as a primary issue. But Elliott did show some chops by breaking up this deep fade to Tyler Boyd:

This is coming off a preseason in which Elliott was very involved as a box defender and showed a lot of the skill set he’d need to replace Tony Jefferson:

.@Ravens @OfficialShon_4 has caught my eye this preseason. Looking forward to watching him in the “soupy sauna” conditions in So. Philly today. Make him feel like he is back in Rockwall, TX. #BaldysBreakdowns pic.twitter.com/Plc9MpXtM2

Where I think Elliott would immediately help the Ravens is as a box safety. Thomas had eight broken tackles in 53 plays last year per SIS. Clark added 10 in 77. (Jefferson had eight in 25 last year, if you’re curious.) Elliott can bring surer tackling and perhaps show enough to be used in an early-down role, though that might be premature.

I am less certain about Elliott’s ability to solo cover a good slot receiver ala Landry, but that is perhaps a bit mitigated with how often the Ravens stac the middle of the field. This year’s seventh-round pick, Geno Stone, is probably the main competition to Elliott for snaps. Stone is a different kind of player: a less impressive body, but great instincts and better change of direction.

As always with these end of roster guys, hard to tell if Elliott is a mainstay or someone who will be off the roster in September. I think the expanded practice squad rules help his chances of staying on another year regardless of what else happens. But if Elliott is going to be an impact player in this league, he probably needs to start doing it now.

If he can just be a little more instinctual on underneath routes, I think Elliott’s got a chance to play 300 snaps this year. That would get him in the conversation for an expanded 2021 role, and that’s the circle he really wants to be in as he approaches the end of his rookie deal.