Ravens Recap: Some Thoughts On Yesterday 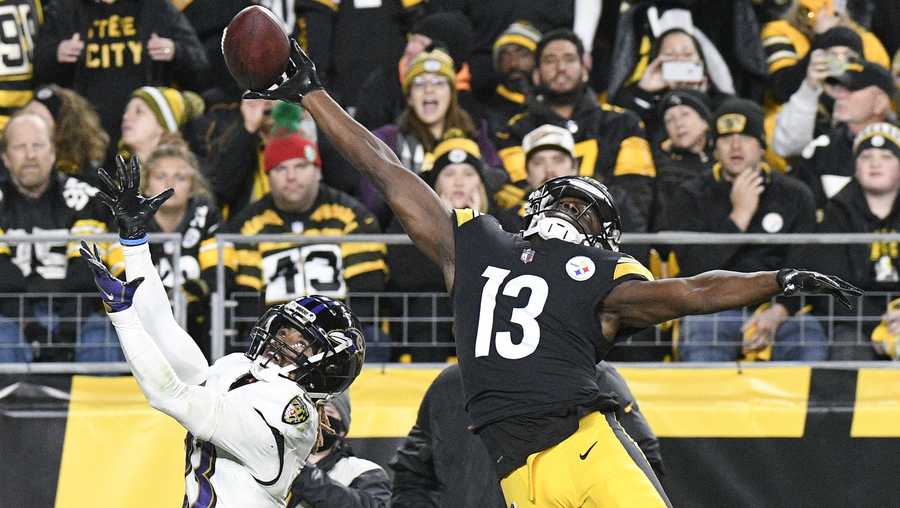 The Baltimore Ravens entered Heinz Field yesterday with an opportunity to knockout the Steelers, and hold on to their #1 overall seed in the AFC. They left Pittsburgh having lost 20-19, and further questioning themselves.

Some thoughts on what we saw:

3. If you switched Bateman and Brown so Bateman is no longer on Lamar’s blindside, would he still completely ignore Bateman?

4. Freeman is looking better. Glad someone is getting a majority share of the carries. Finding a groove I hope.

5. There are some irritating announcers, but this gig has gone to Romo’s head and he is far and away the worst. He talks way too much. In case you didn’t notice, the Steelers season was on the line about 43 times in this game.

6. Sorry that Marlon Humphrey is hurt. He hasn’t had a good season, but obviously was still the best corner the Ravens had. Yesterday, I about lost my marbles when he half heartedly threw a shoulder at Harris instead of form tackling him on I think the last drive. Calling his season over for a shoulder injury begs the question, when did it get hurt? Early on, hence the lackluster effort? (He didn’t even lift his arms, maybe he couldn’t). Or was it on that play when Harris ran through it?

7. Everyone has an opinion, mine is that I hated the end game decision. Harbaugh really said they were out of corners? What if Humphrey was knocked out of the game on his first play of the game? Did I miss something, they really lose all the corners? Or is this a situation where the coaches play us for fools…like for one OT drive you don’t take your chances with co-captain Anthony Levine if you have to? Stone, Smith, Stephens, Averett, all lost? Ticks me off when they say things that are flat out wrong and expect us to accept it.

Expanding on that end game decision, The analytics told them go for two because here’s a little secret… analytics always say go for two!! Every time!! But I think once PIT calls timeout and sets their defense, then you kick it. The Ravens obviously had Pittsburgh off guard or else the Steelers don’t call time out. Had they not had the time out, maybe try your luck as they scramble to figure it out.

Further expansion, it’s a move you pull when you are Boise St playing Oklahoma. Or a team with nothing to lose. I’m sure there is research being done on the maybe 10-15 times this has been tried in history, and I bet none of them are in a tight playoff race, risking their number one seed. You kick the XP, the air is sucked out of the stadium, and extend the game.

Furthermore again. 2 yards in that situation is a hell of a lot different than a meaningless 2nd and 2 in the first quarter or something. Yes. It’s easier to get two yards than sustain a scoring drive. When it’s the last two yards and a team has scouted your two point play/goal line tendencies, that is what analytics doesn’t account for. There’s a chance Andrews is brought down outside the end zone, even if he catches that ball.

This article from 2018 cites that in a recent 10 year period, teams faced the Ravens end game situation 47 times. Of which only 5 went for two and the win right there.

Mentions of the 42 that opted for OT, only 40% won. Didn’t mention how the five geniuses did, or what the situations were with regard to record, opponent, stakes, etc.